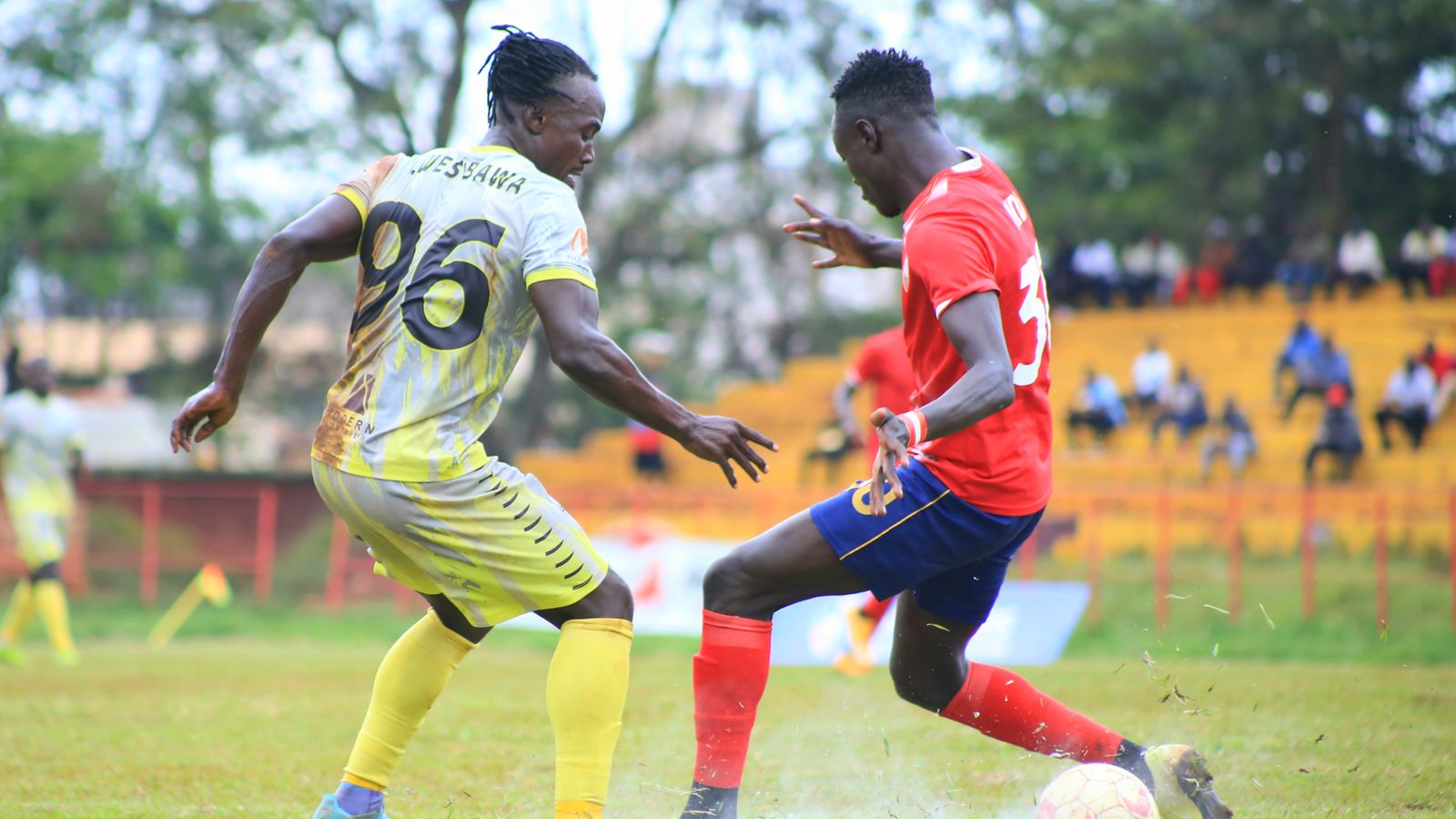 Coach Livingstone Mbabazi is now treading a thin line at Arua Hill after his side succumbed to a 2-0 loss to Gaddafi on Wednesday in Jinja for their fourth consecutive defeat in the Startimes Premier League.

Despite the injuries that kept influential players Rashid Toha, Samuel Sekamatte and Geriga Atendele out, the visitors put up a fight but that lasted only for an hour before Alex Kitata found the opener.

Jamaldine Buchochera quickly reacted to a foul and set up Godfrey Lwesibawa who darted to the byline and delivered an inch-perfect cross for Kitata to head in.

The visitors ran amok roughing up the referee in protest but their efforts were futile as the goal counted.

Things turned worse for the Kongolo as the game aged with Paul Musamali receiving his matching orders for a second bookable offence in the 73rd minute.

Minutes later Brian Kalumba doubled the lead. Arua goalkeeper Richard Anyama failed to communicate with Bright Vuni before colliding as Kalumba stole the ball before tucking in an empty net.

“My team has been playing well but improving per match and that’s why we are winning without conceding,” Gaddafi’s coach Wasswa Bbosa praised his team that has now leaped Arua Hill on 10th to settle on seventh with 12 points.

A frustrated Arua decided to throw their frustration at the referee Mpyangu Siraji.

“We’re trying as coaches but the refereeing is wanting. He confused the fouls and then allowed one to be kicked when the ball was rolling, these rules are very clear,” Ahmed Borini, the Arua Hill assistant lamented picking out the events that led to the first goal.

Elsewhere, leaders Wakiso Giants moved four points ahead of second placed Bul after playing out a goalless draw with bottom side Onduparaka.

But they will view the result as two points lost after dominating the game in the opening stages with Norman Ogik in particular heading over from three yards out when it seemed easier to score.

They are now unbeaten in eight games since losing to KCCA on the opening day and move to 18 points four ahead of Bul who have played two games less.