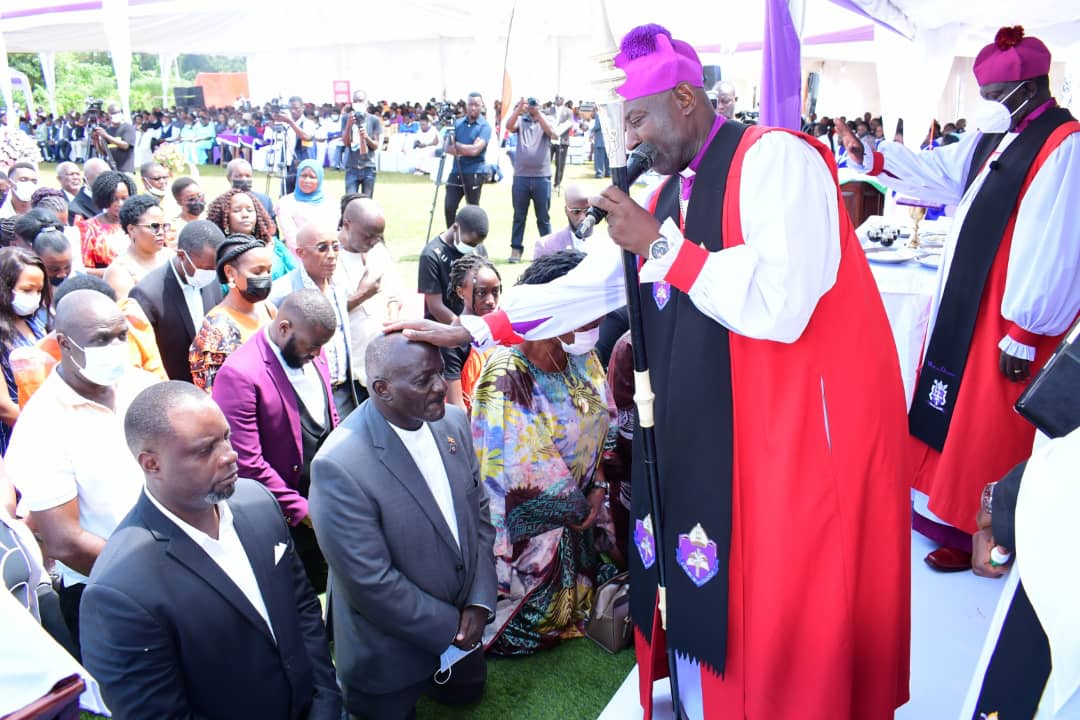 Works and Transport Minister Gen Edward Katumba Wamala has embarked on mobilising funds to construct a new church in his home area as one way of honoring God for saving him from an assassination attempt on his life a year ago .

Gen. Katumba launched the construction of the multimillion St. Mark Kikandwa Church on Saturday in Kikandwa Village, Kasawo Sub County in Mukono District during a thanksgiving ceremony organized by his family. The ceremony marked one year after his attack by unmown gunmen on June 1, 2021.

Four armed men on “motorbikes with concealed number plates” trailed the former Chief of Defense Forces’ car for 4km (2.5miles) down the road in Kisaasi, a suburb of Kampala from his home before opening fire.

During the attack on the vehicle in which Gen Katumba was traveling, he sustained injuries while his daughter Brenda Nantongo and driver Haruna Kayondo died instantly.

“To celebrate my second chance in life which God gave me, I felt it befitting to call all of  you  to join me to construct a church for God to thank Him,” Gen Katumba who previously served as Inspector General of Police, said Saturday.

On completion, the new church would replace the old one which is relatively smaller.

Gen Katumba Wamala and PM Robina Nabbanja (c) pose with church leaders during the former’s thanks giving ceremony at his home in Mukono District on June 4, 2022. PHOTO/ FRED MUZAALE

The Archbishop of Church of Uganda, Dr Stephen Kaziimba was the chief celebrant.

“I stand before you to say God is faithful because I would now be referred to as the late Katumba Wamala. Who am I who looked on the jaws of death and survived? Even if I am a General, you hear many Generals being killed in the Ukraine-Russia war,” Gen Wamala added amid cheers from the mammoth congregation.

A visibly cheerful Wamala revealed that after surviving the assassination many people advised him to live a quiet private life, but reject the advice.

“Because of God’s grace I want to make a commitment here that I would continue serving my people with love,” he said.

A host of members of Parliament, ministers and representatives from Buganda Kingdom led by second deputy Katikkiro, Mr Robert Waggwa Nsibirwa attended the function during which Shs530 million cash was raised for the church project.