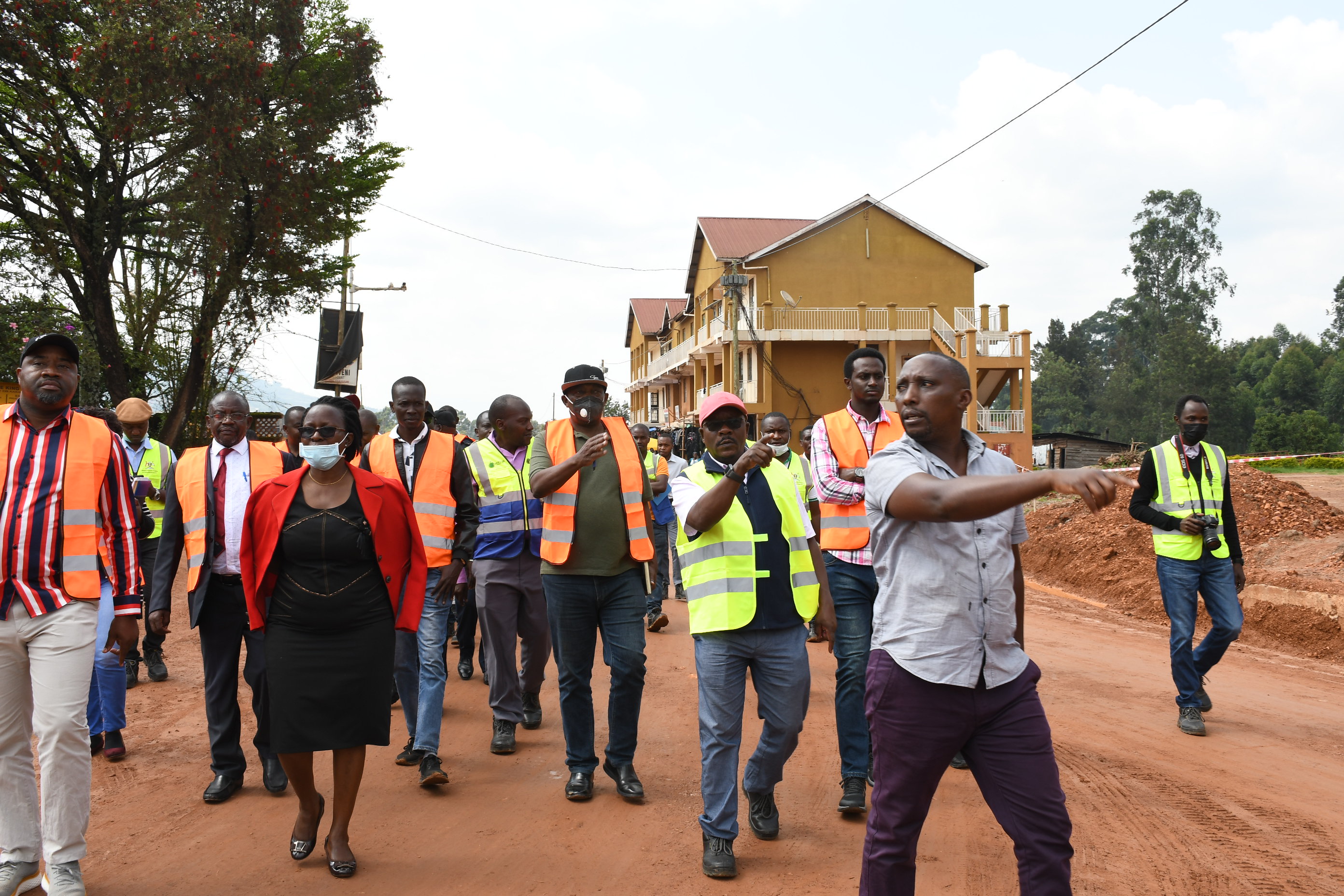 The government has extended the deadline for the completion of Uganda Support to Municipal Infrastructure Development (USMID) roads in Kabale Town to January 3.The grace period will give the contractor time to deliver quality work amid protests of delay from the local leadership.

“The contractor must do all it takes to ensure that this project is completed as agreed because there will be no more contract extension,” said the town clerk for Kabale Municipality, Ms Justine Barekye.She made the revelation last Thursday during a meeting with the USMID programme technical committee in Kabale Town after inspecting the roadworks.

On May 27, 2021 Kabale Municipal council contracted M/s Multiplex/ Ditaco International trade to tarmac Rushoroza Road (2.49km), Bwankosya Road (0.76Km) and Bushekwire Road (0.34km) at Shs21.7b.The one-year contract projects were meant to be completed on May 26.However, the project designs were delayed for three months and the deadline was extended to September 1.In June, Kabale Municipal council leaders, including the mayor, Mr Byamugisha Sentaro, chairperson of the works committee Bosco Nkwasibwe, Municipal Council Speaker Deo Byamukama and his deputy Rachael Asiimwe, together with other municipal council executive members petitioned the Speaker of Parliament.  They called for the intervention of the August House to investigate the slow pace of implementation of the USMID roads in Kabale.

Mr Sentaro said the continuous extension of the project inconveniences road users and traders.“It will be a miracle for the contractor who has done 36 percent of the expected roadworks in a period of one year and four months to complete the remaining 64 percent in just five months. I am not happy with the extension of this contract,” Mr Byamugisha said.

The acting Director for Physical Planning & Urban Development at the Ministry of Lands, Mr Vincent Byendaimira, together with the commissioner for Urban Development in the Ministry of Lands, Housing and Urban Development, Mr Joseph Walter Padde, led the USMID programme Technical Committee members in inspecting the projects. “This job is becoming embarrassing to many of us. If there is any special support the contractor requires from government he should say it so that the project is completed as agreed. Kabale Municipal Council authorities are free to consult us in case any support is required,”  Mr  Padde said.The contractor says

The managing director of Multiplex, Mr Moses Ndege Bbosa, attributed the delay to failure of project consultants to deliver the designs on time.“I am sure that the roadworks will be completed as per the extension period because all the challenges that were hindering us such as the existence of utility lines and project designs have been solved. We shall work extra hours to ensure that the roads are completed by January 31,”Mr Bbosa said.