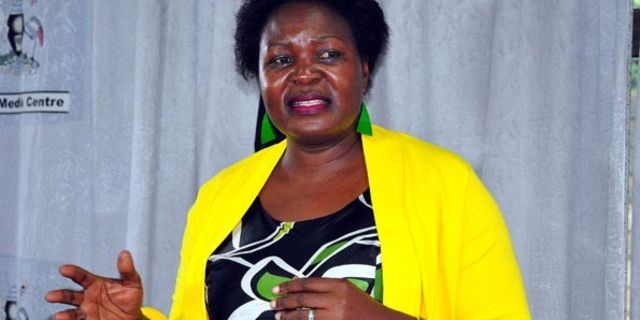 He said the regulation also has penalties of different offenders in case of non compliance of authorised persons . “A non-compliant person is liable on conviction, to a fine not exceeding five hundred currency points or imprisonment not exceeding 10 years, or both,” the regulations state. “The following reactives do not apply to nuclear weapons in transport. The regulations for nuclear power are still in the initial stage. In Uganda, we have about 170 radioactive materials from catergo one up to four. And only 22 in catergo five,”  Mr Luwalira added.The radioactive materials are used in medicine for disease diagnosis and treatment. Mr Luwalira said if they are not properly managed, they can lead to adverse effects such as cause burns, cancer and in extreme cases, death depending on the amount of doze absorbed.

Speaking at the launch, the Energy minister, Ms Ruth Nankabirwa, said the regulation will ensure peaceful application of ionising radiation, establish the atomic radiation council and provide protection to the public.“Radioactive materials have globally transformed societies socially and economically. Their misuse can result in social, political and economic consequences. High risk radioactive materials have a potential to kill human beings and contaminate the environment,” Ms Nankabirwa said.She said the country has no reported incident involving radioactive materials.   “However, we have witnessed a radiological accident in Goiania, Brazil. So it’s better we are prepared since prevention is better than cure,”  the minister said.

Ms Nankabirwa also said some of the radioactive materials have never been recovered.The minister also urged the public to be informed and vigilant.“They must be informed that we stay with some of this material and the public has to be equally briefed continuously. The Vision 2040 indicates that in order to reduce energy deficit, emphasis must be put on the development of nuclear power. We have already embarked on the journey to introduce nuclear energy in our energy emissions,”  Ms Nankabirwa said.