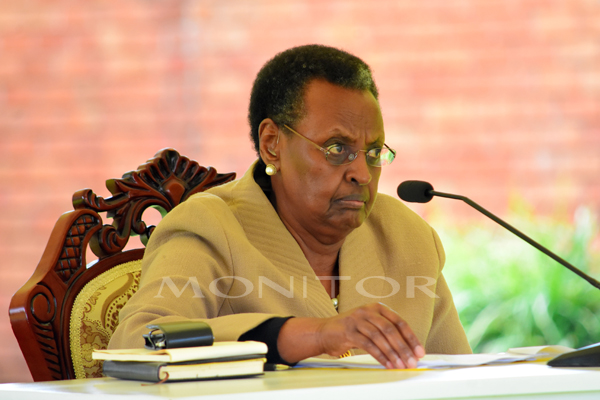 The Ministry of Education yesterday issued a calender for the academic year 2023-2024 that should be adhered to by primary, secondary and technical institutions.

Releasing the calendar at State Lodge Nakasero yesterday, Mr Ismail Mulindwa, the director for basic and secondary education in the Education ministry, said first term will run up to May 5.

Term Two is slated to kick off on May 29 and end on August 25 while the Third Term is planned to open on September 18, running until December 1.

The next academic year’s first and second terms for pre-primary, primary and secondary schools as well as institutions of higher learning will last 12 weeks, longer than third term.

Mr Mulindwa said all schools across the country must adhere to this schedule and violators risk penalties.

“The first potent enemy that we currently have in our midst is the Ebola Virus Disease and as you have heard, His Excellency the President, says ‘this disease is easy to avoid if we can correctly and consistently change risky behaviour that transmits the virus’,” said Ms Museveni, who is also the First Lady.

She implored all Ugandans to observe the standard operating procedures (SOPs) to stem the spread of EVD which has already killed more than 50 people within two months.

“The other enemy that our learners and their parents need to watch out for,” said the minister, “is unwanted pregnancies among the children and teenagers”.

The government shortened the third term by two weeks due to the Ebola outbreak.

Mr Mulindwa tasked heads of boarding schools, especially in Kampala to stagger the starting days for all classes to avoid congestion of returning learners and traffic snarls in the city.

The start of Term One for S1, S5 and new entrants at technical/farm schools and community polytechnics is yet to be communicated as they will admit from among candidates who have just sat final O-Level and primary exams.

At the press conference, the Executive Director of Uganda National Examination Board (Uneb) , Mr Daniel Odongo, said a delegation from Kakumiro District comprised of elected leaders, petitioned for a special exam for 27 Primary Leaving Examinations (PLE) candidates, who missed Mathematics after the director of their school failed to transport them to the centre where they had registered.

“The delegation cited the fact that the candidates did not arrive late due to their own fault. They should be given another examination because most were already grown up, having been home due to Covid-19. If the alternative of repeating P7 was the only one available, most of them, especially the girls, were likely to drop off,” Mr Odongo said.

The schools where the affected learners studied, he said, was “unlicensed by the Ministry of Education and illegal”, and questioned the petitioners as to why the institution was allowed to operate.

Mr Odongo’s top staff board are yet to discuss the matter and decide on a way forward.

“The main issue to be dealt with is that of precedent [of administering special examinations]. How can it be guaranteed that unscrupulous school owners or head teachers will, in future, through their acts of omissions or commission, not cause pupils to miss examinations well knowing that a precedent would have been set for their acts to be redeemed while they themselves go scot free?” he argued.