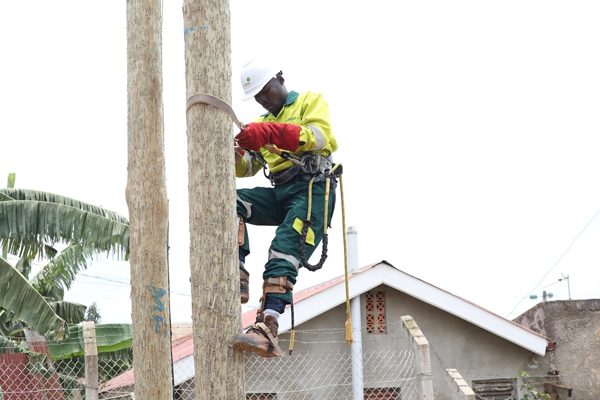 Deputy Speaker of Parliament Thomas Tayebwa has said government is in the process of reviewing the Free Connection Policy to resolve a pile up in connection applications currently before different service providers.

Speaking during the launch of a new connection project in Ruhinda District last week, Mr Tayebwa said that whereas service providers, including Umeme had been calling upon government to subsidise electricity connections under the Free Connections Policy, government would go back and look at the policy “to see how best we can support distribution companies to connect people across the country”.

The Free Connections Policy was suspended in 2020, after the World Bank, which was the biggest funder, withdrew, citing corruption and failure to implement the project as had been agreed.

Government subsequently said it would inject money to cover up the gap left by the World Bank. However, the project has since stalled due to failure by government to secure resources.

Service providers have also since stopped conducting free connections citing unpaid bills that date back to more than five years.

However, Mr Tayebwa said government had secured $600m funding from the World Bank to facilitate last mile connections for customers who cannot afford the customer-funded connections.

Monitor could not immediately verify this claim.

Mr Tayebwa also indicted that because of low connection levels, Uganda continues to lose a lot of money, which is paid for unused electricity.

This, he said, would be resolved if more Ugandans are connected to the national grid through subsidised connections under the Free Connection Policy.

During the period ended June 2021, according to the Auditor General’s report, government paid Shs87.7b for failing to dispatch or evacuate electricity generated by independent power producers for the 2020/21 financial year.

Unused power, also known as deemed energy, is electricity that is available for dispatch by an independent power producer, but due to nonexistence or a weak grid infrastructure and or insufficient demand, the power is not evacuated.

During the same event, Mr Selestino Babungi, the Umeme managing director, said the new connections in the Ruhindi area are part of government’s plan to increase electricity consumption in different parts of the country.

Currently, Umeme has more than 1.7 million customers connected on the grid.