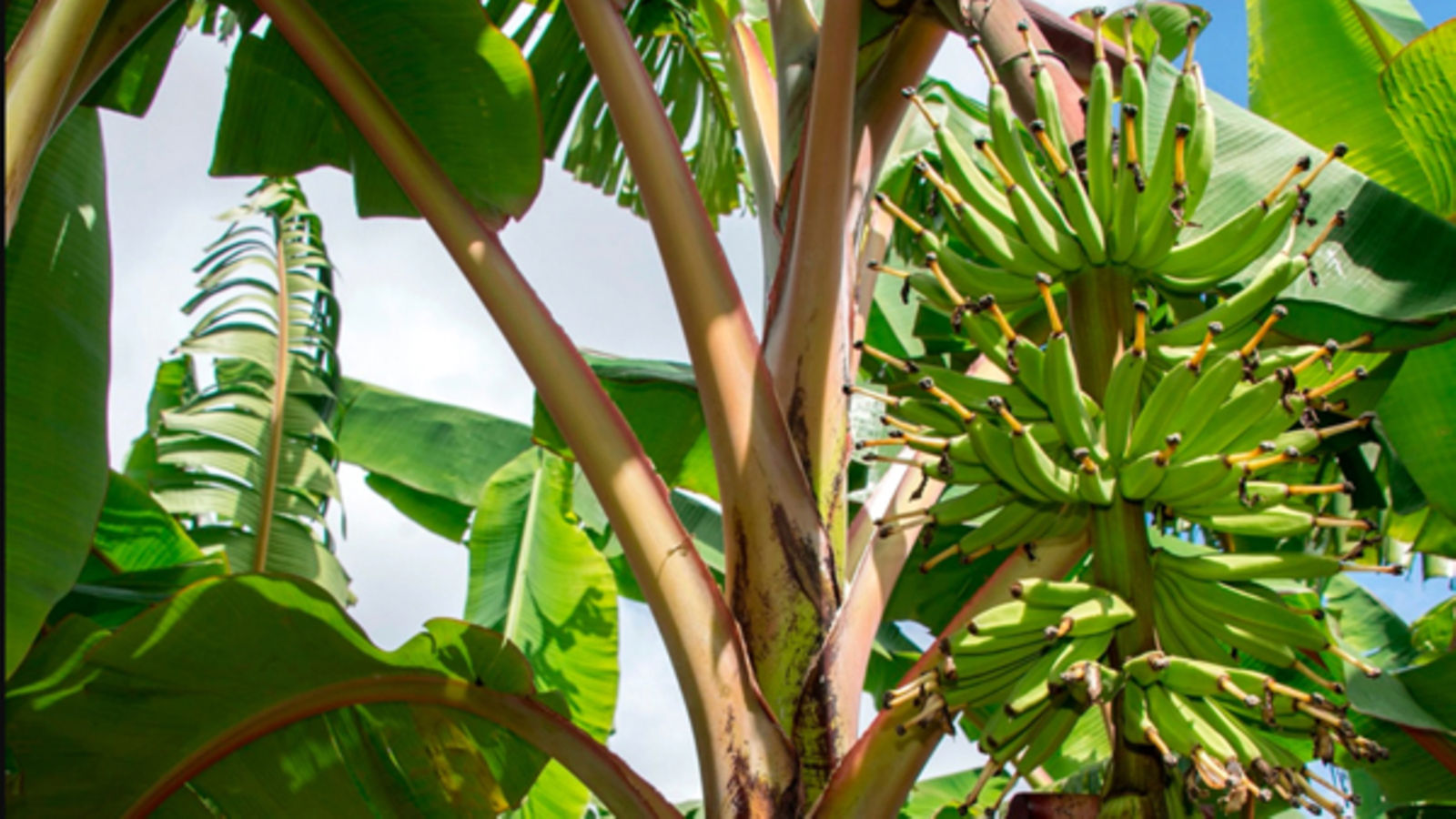 Uganda is among the top 10 banana-producing countries in the world down from being in the top five in the early 2000s.

Available statistics from Food and Agriculture Organisation (FAO)  indicates that overall production of banana varieties has declined from 10.5m tonnes per annum in 2002 to as low as 4.3m tonnes in 2016. This is attributed to mushrooming pests and diseases which has been infesting banana plantations over the years.

Further statistics indicates that more than 75 percent of all farmers grow bananas, the country’s staple food.

Depending on the region, Ugandans eat as much as one kilogramme of bananas a day, mainly cooking bananas that were domesticated in the Great Lakes region.

Most food processors make crisps which are sold in supermarkets across the country and others refine it into flour where they make baby foods in form of porridge flour mixed with milk, millet and soya. Some processors make confectionary products such as biscuits, cookies as well as bread.

According to Dr Spehen Bua the head of pro-vitamin A, banana breeding at the National Agricultural Research Laboratories, (NARL) in Kawanda, farmers have shied away from the plant because it is susceptible to weevils. Dr Bua says there is an ongoing research work at the institute where the scientists are breeding tolerant varieties against banana weevils. Once the varieties are developed, it will be rolled out to farmers for adoption.

Bananas grow best in areas with an optimal mean monthly temperature of 27 degrees Celsius beyond that the banana leaves wilt. They have a high water demand, with approximately 25 mm per week being the minimum for optimum growth and an average annual rainfall of 1500-2500 mm, which is well distributed is considered the most optimal.

Bananas require a deep, well-drained loam soil with high humus content and pH range of 5.6 – 7.5 is optimum. The plant requires considerable amount of Nitrogen and Potassium to attain high yields. These can be supplied by planting on fertile soils or applying fertilisers regularly.

The recommended spacing is three by three metres in width and rows should be straight in flat fields to allow plants to receive maximum amount of sunlight.  On sloping land rows should follow the contour lines in order to decrease soil erosion. To avoid early emergency of a high mat, dig holes that are 45cm deep and 45cm wide.

The planting material should be obtained from healthy plantations free from soil borne diseases and pests. All planting materials should first be treated to remove pests in the corm and roots. Micro propagated plants referred to as tissue culture plants are the best alternative for pest and disease free planting material.

Uproot a selected sucker using a very sharp shovel to reduce damage to the mother plant. If it is a maiden sucker cut it back just below the crown.

If a lot of planting material is needed and is collected from far, the maiden sucker may be cut at about 15cm above the corm. To avoid taking weevils and nematodes to the new field, all roots and the outer layer old leaf sheaths should be peeled off. As an additional treatment, pared suckers can be dipped in hot water at a temperature between 52O and 55O degrees Celsius for 20 minutes or placed in a pesticide solution to kill the deeply embedded pests. For better germination, it is advisable to plant the treated cleaned planting material within a week of uprooting.

Weeds compete with the banana plants for nutrients and water. This may lead to stunted growth of plants.

Banana plantations must therefore always be kept weed free and farmers can do this by weeding by hand, hoe or use herbicide.

Mulching reduces the amount of weeds in a plantation by choking the established weeds and denying light to those that require it for germination.

Additionally, mulching helps water to penetrate deeper into the soil and it prolongs its retention. Framers can use dried banana leaves grasses such as elephant grass, swamp grass, Guatemala grass and Guinea grass for mulching. Fanners should note that mulching sometimes provides good homes for pests such as the banana weevil. Mulches should therefore be placed away from the base of the mat so as to reduce the population of weevils that may get in contact with the plants.

Sucker removal is carried out to maintain the appropriate plant density and farmers must ensure that the number of bunch bearing plants is maintained at a level which reduces competition.

Farmers are advised to maintain three plants on each mat and these include a mother plant, one daughter and one granddaughter. Leaf removal is important for maintaining plantation hygiene and light penetration. The tool for removing young suckers must be sterilised to avoid spread of weevils.

The male bud should be removed when the plant is at least 15cm below the last female hand or when the fingers on clusters just turn upwards.

Bud removal helps to reduce diseases such as cigar end rot which are transmitted by insects that visit the bud bracts and leads to bigger banana fingers in some cultivars.

The banana weevil and plant parasitic nematodes are the most destructive pests of all bananas varieties including plantains. Weevil damage results from larvae feeding and tunnelling into banana corms and pseudo stems. The larvae hatches an egg which is laid near the corm. On hatching the larvae attack the underground part, boring tunnels in it and this can cause stunting of the plant or it will simply destroy the roots.

Nematodes are very small worms and cannot be seen with naked eyes. They live and feed inside mots and corm thus destroying them. Use of nematicides is currently the only method that controls nematodes in an established banana plantation.

These can be controlled by farmers uprooting and destroying the affected part, suing sterile instruments for disease management and leaving the land to fallow.

Most bananas are grown for food or sold to local traders who transport them to rural or city markets.  Farmers are expected to harvest them at optimum maturity using various tools but in most cases by cutting the bunch with a clean knife.