Growing manufacturing: Do we substitute imports or promote exports?

Growing manufacturing: Do we substitute imports or promote exports? 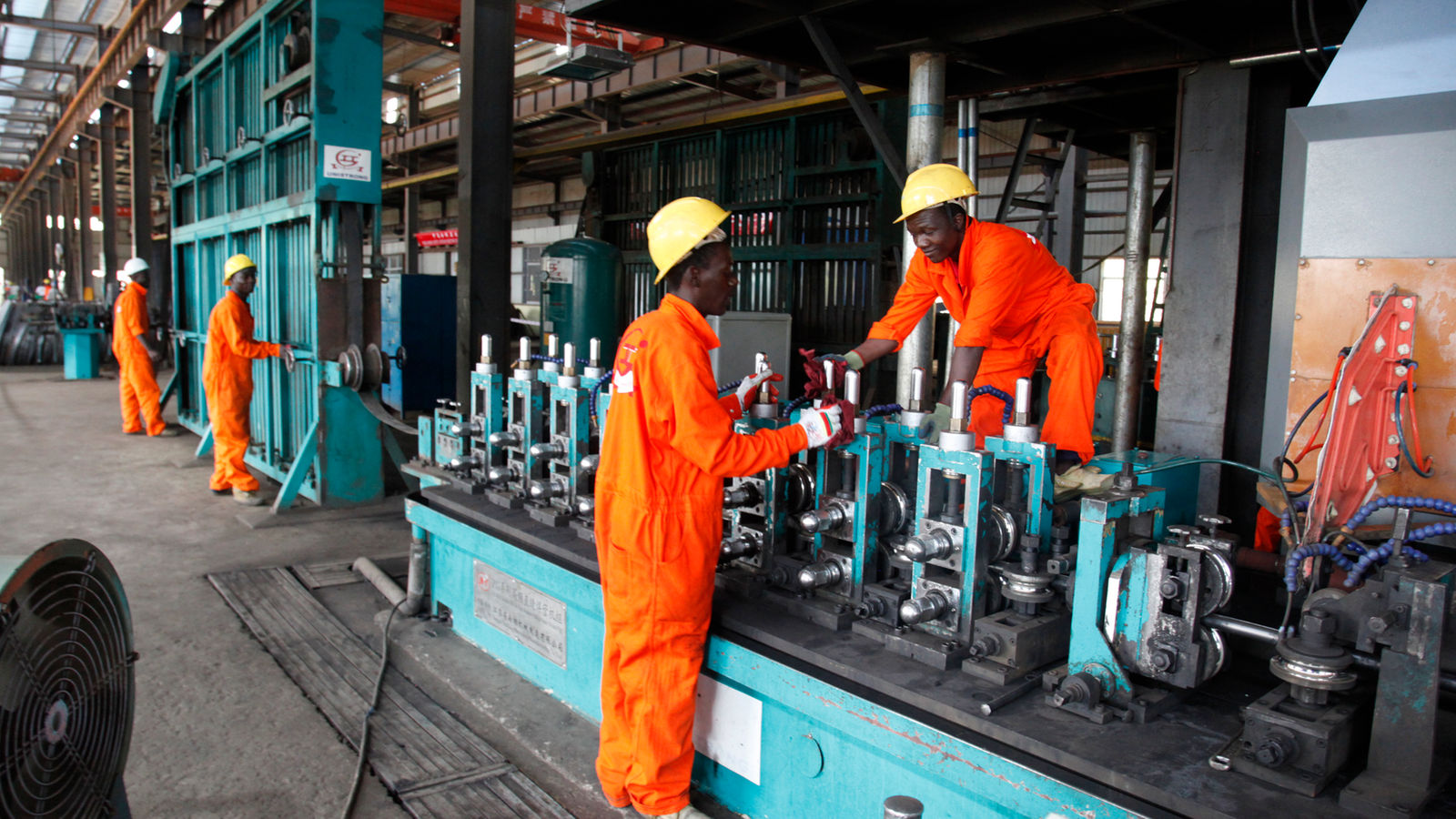 Until Covid-19 pandemic reared its ugly head, the place of the manufacturing sector in the government was largely in the numerous policy documents, gathering dust on the shelves, Prosper Magazine has established.

This, according to the manufacturing industry players and sector analysts, offers some insights on the tilted structure of the economy with particular emphasis on the snail-pace growth of the manufacturing sector compared to the services sector.

The share of manufacturing and industry in the economy, according to Ministry of Finance statistics is about 21 percent  compared to 11 percent when the NRM government captured power about 38 years ago.

Until the recent figures, statistics from the Ministry of Trade, indicate that about 52 percent of the economy is engaged in the services sector while about 33 per cent is involved in commerce and trade, and only about 10 per cent is incorporated in manufacturing. And the other 8 per cent fall within other sectors of the economy.

Although the Ministry of Finance recent figures indicate a three percentage drop of the composition of the services sector, the 49 percent which is nearly half of the entire economy, up from 32 percent over the same aforementioned period, is still, according to economic sector analysts, problematic.

Under normal circumstance, the structure of the economy like that of Uganda should be seeing more growth in manufacturing and industry than services which at some point in recent years made up 52 percent of the country’s entire economy.

For some economists and researchers such as Dr Isaac Shinyekwa, a research fellow at Economic Policy Research Centre (EPRC), the shape of Uganda’s economy where services are the dominant fixture— especially at the expense of the manufacturing sector, is a symptom of a disease that could degenerate into a cancer if not treated early enough.

But it is impossible to downplay the importance of the calm and settled environment in facilitating economic production. Similarly, it is also difficult to down size the growth of the manufacturing sector over the last 40 years from the grit and industriousness of the few genuine sector players involved, given the high cost of doing business in the country.

Where to look at …Fast forward, the trend reverberating across the government ministries, departments and agencies rotates around one of the three: import substitution, value addition and export promotion. Local manufacturers have also been caught with this bug and are trying to manufacture more than just face masks and sanitizers as the economy continues to slowly pick up.The question is: What can speedily realise the overreaching desire to take manufacturing where government wants it?

Import substitutionAccording to President Museveni, Uganda’s annual import bill of $7 billion (Shs25 trillion) is not only unacceptable, but an opportunity for MSMEs. Mr Museveni reckons many of the imports can be manufactured domestically.

Fully convinced with this strategy–import substitution agenda (replacing foreign imports with domestic production), the President endorsed the initiative, on the grounds that it will not only mark the beginning of an end to donating jobs, but also solve the unemployment question.  The truth is most of the items imported including medicines, textiles, leather products, industrial sugar for use by the soda industry, industrial starch for use by the Pharmaceutical Industries, paper, packaging materials, glass products, automobiles, bicycles, among others can be made here.

Trade with East Africa Community partners has improved, generating a surplus of $ 557 million (about Shs2.2trillion) over the same aforementioned period according to ministry of finance statistics. The composition of exports has also changed with exports of light manufacturing products exceeding traditional merchandise.

Using export statistics for the last five years, the top 21 destinations by total value according to the Ministry of Trade, Finance and Export Promotion Board were: Belgium, Burundi, China, Democratic Republic of the Congo, France, Germany, Hong Kong, India, Italy, Kenya, Rwanda, Singapore, South Sudan, Spain, Switzerland, Tanzania, the Netherlands, the Sudan, the United Arab Emirates, the United Kingdom, and the United States of America.

But consensus across board points to addressing the high cost of finance, poor storage facilities and high cost of production which affects SMEs to productively engage in not only export promotion, but also import substitution and value addition.

Value additionThe country’s agricultural sector still employs approximately 72 percent of the population and contributes about 32 percent to the GDP, according to Uganda Investment Authority (UIA) information.

However, productivity is limited by reliance on widespread use of traditional methods and equipment. As a result, value addition remains largely untapped.According to State House data, apart from feeding the country, the agricultural products, nearly 90 percent of which are exported in raw form end up earning the country $2million (about Shs7.5 billion)  – about 49 percent of total merchandise exports) as of close of the year 2019.

Experts viewsThe director research and policy at Bank of Uganda, Dr Adam Mugume, argued in favour of export promotion strategy, saying if it is well-executed its can pave way for the growth of the other strategies—import substitution and value addition.

“Experience from recently developed or emerging countries indicate that export promotion is a good development strategy, much superior to emphasizing domestic production for import substitution,” argues Dr Mugume in his response to Prosper Magazine last week.

He noted: “However, they are not mutually exclusive. A country can have both of them as development strategies. Import substitution if taken as restricting imports can be harmful, especially since over 75 percent of Uganda’s imports are for production purposes.“In other words, to export, Uganda requires to import raw materials and capital goods. Import substitution is a natural outcome of development since as a country starts producing quality and suffice to quantities of goods, these goods would be much cheaper than what can be imported.  A case in point is the Kapeeka tiles.”

In another interview, the deputy director general, Uganda Investment Authority, Dr Paul Kyalimpa, told Prosper Magazine that as investment prefect they have a responsibility to promote all the three strategies.

He said: “All three strategies are important and can be successfully applied in our context without contradictions.”

He continued: “Value addition takes the lead, given its propensity to attract foreign exchange and address the employment question. It is then followed by export promotion, especially in situations where there is excess production and no domestic technology to refine them to finished products. Finally comes import substitution which is the goal and the way to go.”