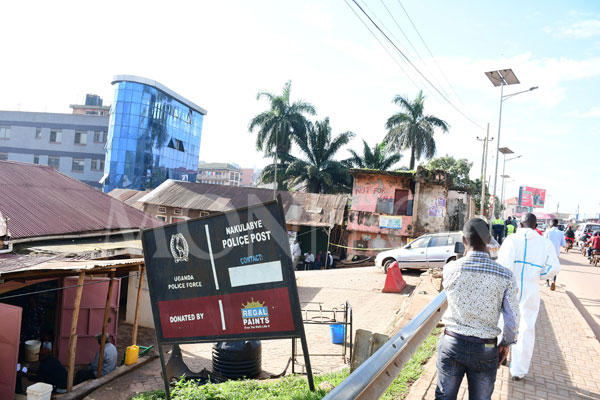 A police guard foiled what could have turned out to be a deadly attack on Nakulabye Police Station after an unidentified man approached the area with an AK47 rifle deep in the night.

The guard, who was in hiding, saw a human being, who was holding what appeared to be a firearm, creeping towards the police station at around 4am.

“The guard discharged several rounds of bullets to prevent the person from leaving his position. But the person abandoned a magazine of an AK47 with five bullets before taking off,” he said.

The police are yet to find and identify the suspect who attempted to attack the police station.

The magazine and the bullets have been exhibited as investigations continue to establish the identity of the firearm.

Mr Owoyesigyire commended the guard for being alert and responding to the incident promptly. He asked other police guards to emulate the officer.

This is the third incident in which thugs have attempted to attack the security stations.

On November 18, unknown gunmen attacked and killed a Uganda People’s Defence Forces (UPDF) sergeant who was guarding Gaddafi Barracks in Jinja District. They took off with two guns.

On November 14, thugs shot at Kensington Luxury Heights Police Post before taking off.

A month ago, thugs attacked Busiika Police Station in Luweero District where three police officers lost their lives and four guns were robbed.

The police haven’t recovered the stolen guns or arrested the prime suspects. Incidents of attacks on police posts have been largely concentrated in Savannah areas of the central region, and police attribute them to a new rebel group. Police said it is too early to establish whether the newest incident is related to the Savannah attacks on police stations or not.