Makerere’s Bua Isaac Wins Gold at AUUS Mind Games, to Compete at the Finals in Belgium 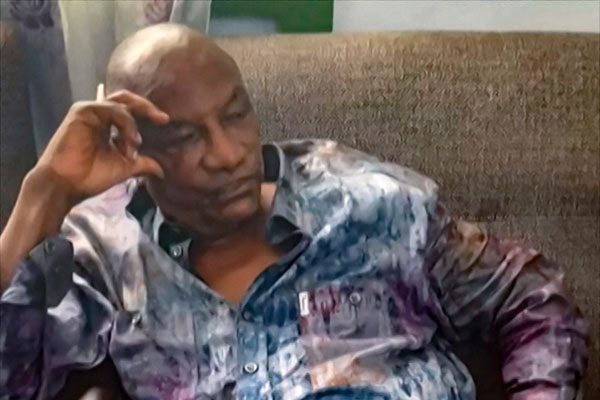 A Guinean special forces officer believed to have played a leading role in last year’s military coup has been arrested, sources close to him said on Wednesday.

Commander Aly Camara was previously detained in November on suspicion of stealing from the presidential palace after the September 2021 putsch that toppled ex-leader Alpha Conde, according to press reports. He was released in April.

He and five other soldiers accused of the theft were then transferred to Gueckedou near Guinea’s borders with Sierra Leone and Liberia, media reports said, describing Camara as a leading figure in the coup.

Sources said he was detained for unknown reasons overnight Monday to Tuesday in the south-west of the country.

A source close to Camara, speaking on condition of anonymity, told AFP that gendarmes arrested the officer as he went out to buy medical supplies and forcibly transported him to an unknown destination.

“They manhandled him to make him get in the vehicle,” the source added.

Another source close to Camara said they tried unsuccessfully to obtain news about him.

The authorities have not commented on his arrest.

Army chief Colonel Sadiba Koulibaly on Monday said in a statement that any soldier found away from their unit without permission would be “immediately detained” and handed over to gendarmes.

It was not clear whether Camara’s arrest was a result of the measure.

Koulibaly also ordered all Guinean military personnel to remain with their garrisons in late February.

Colonel Mamady Doumbouya, head of the special forces that stormed the presidential palace, has led a junta governing Guinea since the coup.

A population exasperated by political repression, corruption and poverty initially welcomed the putsch after Conde’s attempt to seek a third term in office.

But discontent is growing among civil society groups and political parties against the junta over perceptions of authoritarian rule.