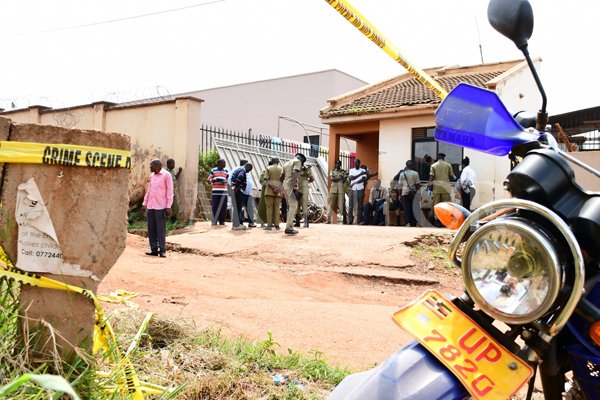 Unknown gunmen riding on a motorcycle opened fire at Kensington Police Post in Kyanja at around 1am on Monday, sending police officers and locals into panic.

He, however, said that none of the officers was injured in the attack.

“We have not registered any injury or death in the shooting because our officers were alert and they responded well by chasing them,” he said.

ASP Owoyesigyire explained that whereas no suspect has been arrested, a joint security team has deployed in the area to investigate the attack and find the assailants.

“The team is currently retrieving the footage from the security cameras that can help in tracking the assailants,” he said.

Mr Grace Kamoga, the LCI Chairperson of Walufumbe Zone in Kyanja, said that the attack moreover on the police post has triggered fear among the residents.

“We call upon the police to tighten security in this area because the post could be attacked again. We don’t want the Busika scenario to happen in this area. They were two but they could be part of a bigger group,” he said.

The attack comes almost a fortnight after gunmen attack Busika police station in Luwero District leaving two police officers dead, and two others injured. They made off with two firearms. However, one of the injured officers later succumbed to the gunshot wounds.

Security has since blamed the attack on Uganda Forces for Coalition Change, a rebel outfit. ASP Owoyesigyire says that they have enhanced security at all police posts and stations around Kampala as well as pump fuel stations.

The incident also comes against the recent decision by the police leadership to merge several police posts around Kampala, Ssezibwa, and Katonga regions as the force pilots a new policing model which will be based at the sub-county.