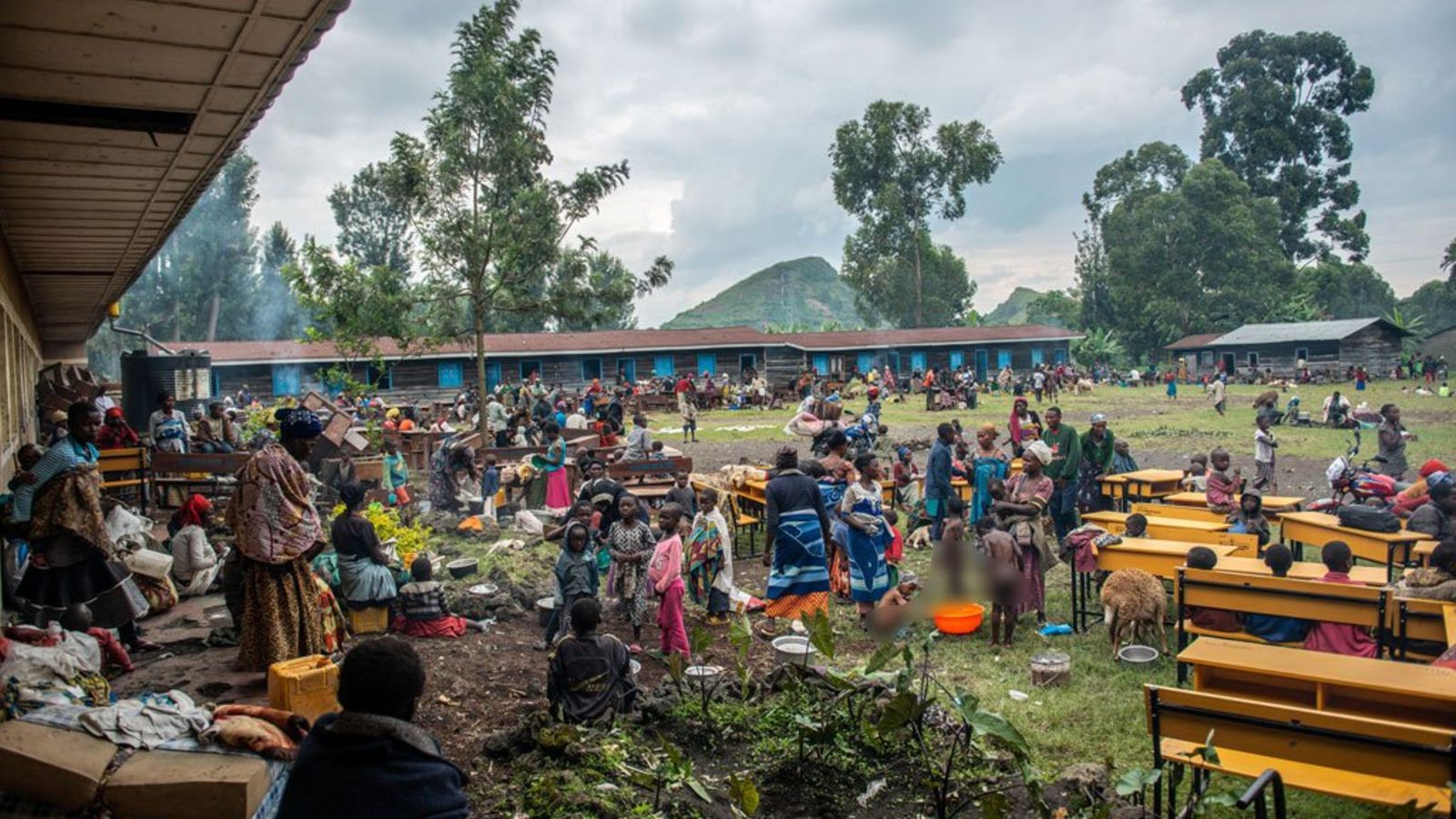 Heavy fighting erupted on Sunday when M23 rebels launched a fresh attack on troops in the town of Bunagana, in the eastern Democratic Republic of Congo, officials said.

Most of the population had fled the centre of Bunagana, a key transit point for goods on the Ugandan border, said Damien Sebusanane, the head of a local civilian group.

There has been a resurgence in clashes between the army and M23 rebels in the region, which the government has blamed on neighbouring Rwanda.

The army came under attack on Sunday morning in Bunagana and the nearby town of Tshengerero, both in North Kivu province, said local military administrator Colonel Muhindi Lwanzo.

Sebusanane said M23 fighters had surrounded Bunagana and Congolese army tanks were firing at the rebel positions from inside the town.

An army officer who declined to be named told AFP that Congolese soldiers were pushing the rebels back by Sunday afternoon, with fighting ongoing on the road leading from Bunagana.

The M23, a primarily Congolese Tutsi militia, is one of more than 120 armed groups active in eastern DRC.

It briefly captured North Kivu’s capital Goma in 2012 but a joint offensive by UN troops and the Congolese army quelled the rebellion.

M23 resumed fighting late last year. It accused the Congolese government of failing to respect a 2009 agreement under which its fighters were to be incorporated into the army.

The rebels attacked army positions in the area around Bunagana in November 2021 and again in March.