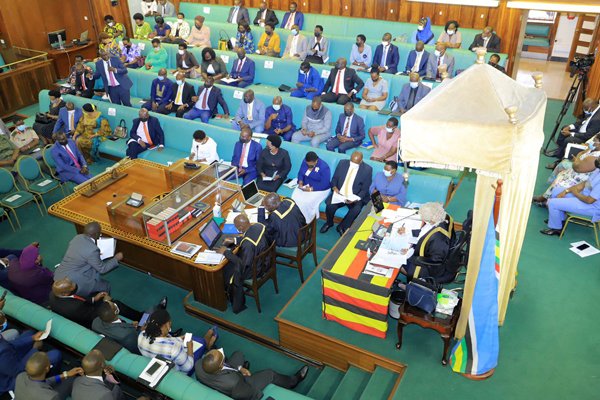 Parliament has adopted the National Local Content Bill, 2022, which rejects sub-contracting projects to eliminate middlemen who exploit such arrangements.

“A person who engages in an activity to which this Act applies shall not sub-contract any contract or works contracted or subcontracted to it under this Act,” Clause 13 of the Bill reads in part.

Mr Patrick Nsamba, the mover of the Bill (Kassanda North), defended the clause before Parliament on Tuesday after the chairperson of the Finance committee, Mr Keefa Kiwanuka (Kiboga East), attempted to persuade the House to delete it.

“We decided that middlemen should not take over. Once you delete this clause, you run the risk of middlemen coming. It is our intention that the right people under affirmative action get the work. If you don’t deserve the contract, [then] don’t apply for it,” Mr Nsamba said.

His proposal was unanimously adopted with Speaker Anita Among saying the move would promote local firms and the Buy Uganda, Build Uganda (BUBU) initiative.

The Bill, which awaits presidential consent, seeks to plug the gaps in other existing local content policies, legislations and guidelines, including the Public Procurement and Disposal of Public Assets Act, 2003, BUBU policy, the Petroleum (Exploration, Development and Production) Act, 2013, among others.

Once passed, the Bill will apply to all government or loan-funded projects.

Parliament also discarded the proposal in clause 2 in which Mr Nsamba sought to compel the government to create an autonomous department to handle procurements of local content.

The State Minister for Finance in charge of General Duties, Mr Henry Musasizi, said the proposal would contravene government’s undergoing plans of dissolving the state agencies and authorities.

“To allay your fears, even when there is competition, we reserve some contracts for some people [like] women, youth [and] the elderly. We are currently undertaking rationalisation and we are trying to be as much leaner as possible. We shall only create a unit there to specifically deal with the local content,” Mr Musasizi said.

All local content related to the oil and gas sector will be considered under the East African Crude Oil Pipeline [EACOP] [Special Provisions] Bill, 2021 that was passed last in December.

The Bill was first passed by the 10th Parliament on May 20, 2020. President Museveni, however, returned it to the House on August 20, 2020 with concerns over particular areas that were later addressed and later passed but the Bill later lapsed. It was reintroduced in the 11th Parliament on May 3 before being amended to the National Local Content Bill, 2022.