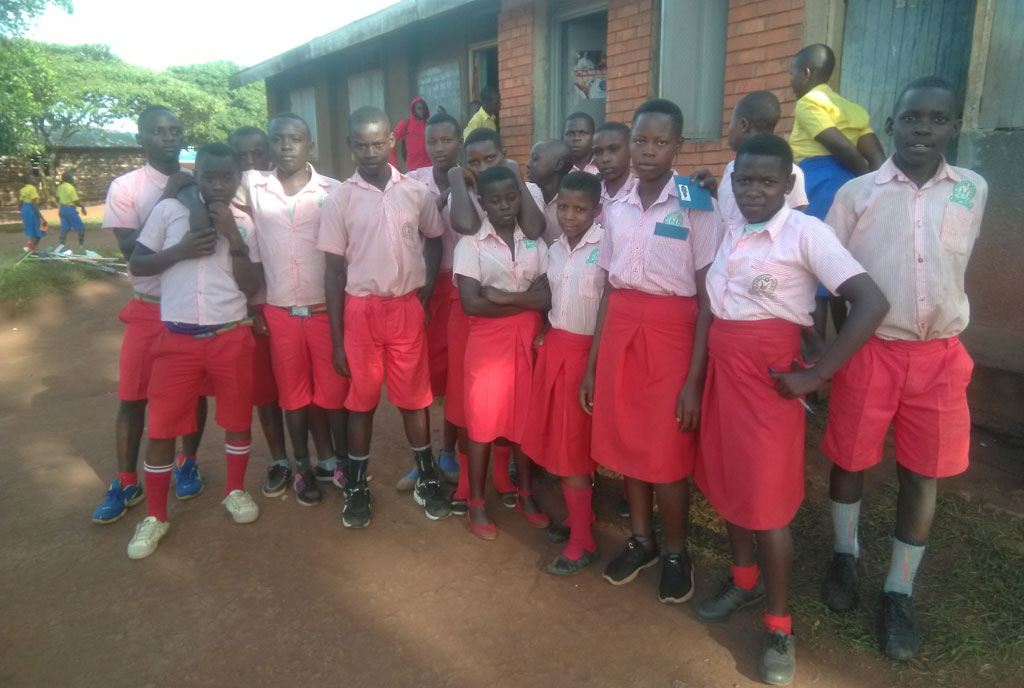 They woke up as early as 6am on Tuesday, all fired up to sit for their final Primary Living Examinations (PLE) and set themselves up for future success after seven years of toiling.

The director of St Christine Primary School in Kakumiro District in western Uganda, where the pupils studied, Mr Pascal Asiimwe, had promised to return with a van to chauffeur them to Mpasana Primary School.

He, however, did not return and switched off his known phone numbers, according to the pupils.

The 27 Primary Seven candidates then made a last-minute decision to brave a long journey in the company of their teachers to the exam centre,  about 15 kilometres away.

They arrived at the school where they registered to sit for their exams one hour and 16 minutes late. The Mathematics exam had already commenced.

Their dreams were shuttered after examination invigilators turned them away for late coming.According to the Uneb timetable, the Mathematics examination was scheduled to begin at exactly 9am.

The pupils have now pleaded with the government and the examination body to be considerate and allow the sit another exam.

‘‘We are innocent and are appealing to Uganda National Examinations Board (Uneb) to set for us a special exam,” a visibly distressed Seth Ayebare, one of the affected pupils, told Daily Monitor on Wednesday.

Macklin Ainembabazi, another devastated pupil, lamented about the sacrifices they made and time invested in preparations for the exams.

She broke down in tears when she reminisced about how her parents struggled to pay her fees.  “We spent a night at the school and woke up very early, anxious to write our exam,” she said.“Had we known, we would have given ourselves ample time to walk,” a crestfallen Ainembabazi struggled to speak. They had a day before walking to the same school for a briefing.

‘‘This unique case is against the Uneb guidelines, and we could not allow them to sit for the paper,” he said.

Mr Asiimwe, whom we found at the school on Wednesday, said he failed to secure a vehicle to transport the candidates.

Mr Patrick Tibenza, a parent, said a week before the start of the exams, they advised the school management to have all the candidates accommodated in one place near their examination centre.

“We want answers as to why the school director failed to respect our agreement,” he said.

Mr Tibenza added: “This school director is big-headed and should be arrested and prosecuted for frustrating our children and torturing them mentally.’’

Ms Stellazia Namirembe, another parent, said she is mobilising resources from colleagues to sue the director.

“He must compensate us,” she vowed.

Mr Emmanuel Mpirirwe, the chairperson of the Parents Teachers Association, also blamed the director for the incident. “The Ministry of Education should give him a deserving punishment,” he said.

The Kakumiro District Education Officer, Mr William Baleke, cited negligence on the part of the school.‘‘We will write a report to Uneb for further scrutiny, but it is not a simple task because the examination rules and regulations are very clear on late arrival. We have found that there was negligence of duty by the management of the school,’’ Mr Baleke said.

The Kakumiro District Inspector of schools, Ms Mary Kyofuna, said they tried to call Uneb officials in Kampala to allow candidates to sit for the examination with others in vain.

Doreen Karungi: ‘‘We are making a passionate appeal to Uneb to reconsider its decision and allow us do another exam.’’

Andrew Mugyisha: ‘‘I am hopeless now. I have become of age and I don’t want to repeat Primary Seven.’’

Emmily Kemigisha: ‘‘Times are hard and my parents are financially constrained. I am afraid I may drop out of school since they cannot afford paying school fees twice.’’

Ian Kaweesi:‘‘One good Samaritan we found at Mpasana Sub-county offered to transport us in his tipper truck in a bid to save time, but it was too late for us. We are pleading for another exam.’’

Lauben Ainebyoona: ‘We woke up at around 5am to prepare for the first exam. We waited for four hours to be dropped. Frantic calls to our parents didn’t yield any results.’’

Penlop Atuhairwe: ‘‘The director went into hiding. We want him punished for playing with our future.’’

Praise Niwamany: ‘‘Our director should be arrested and he pays for all the costs that might be required for us to do another exam.’’

Doreen Niwabine: ‘‘We lost a lot of time during Covid-19. Our parents cleared school fees and other requirements in time. The school management must be held accountable.’’

Sarah Nayebale: ‘‘I have been struggling to get fees. My future is now bleak.Our director was told to register us from a nearby government school, but he refused.’’