How farmers are reaping from processed coffee

How farmers are reaping from processed coffee 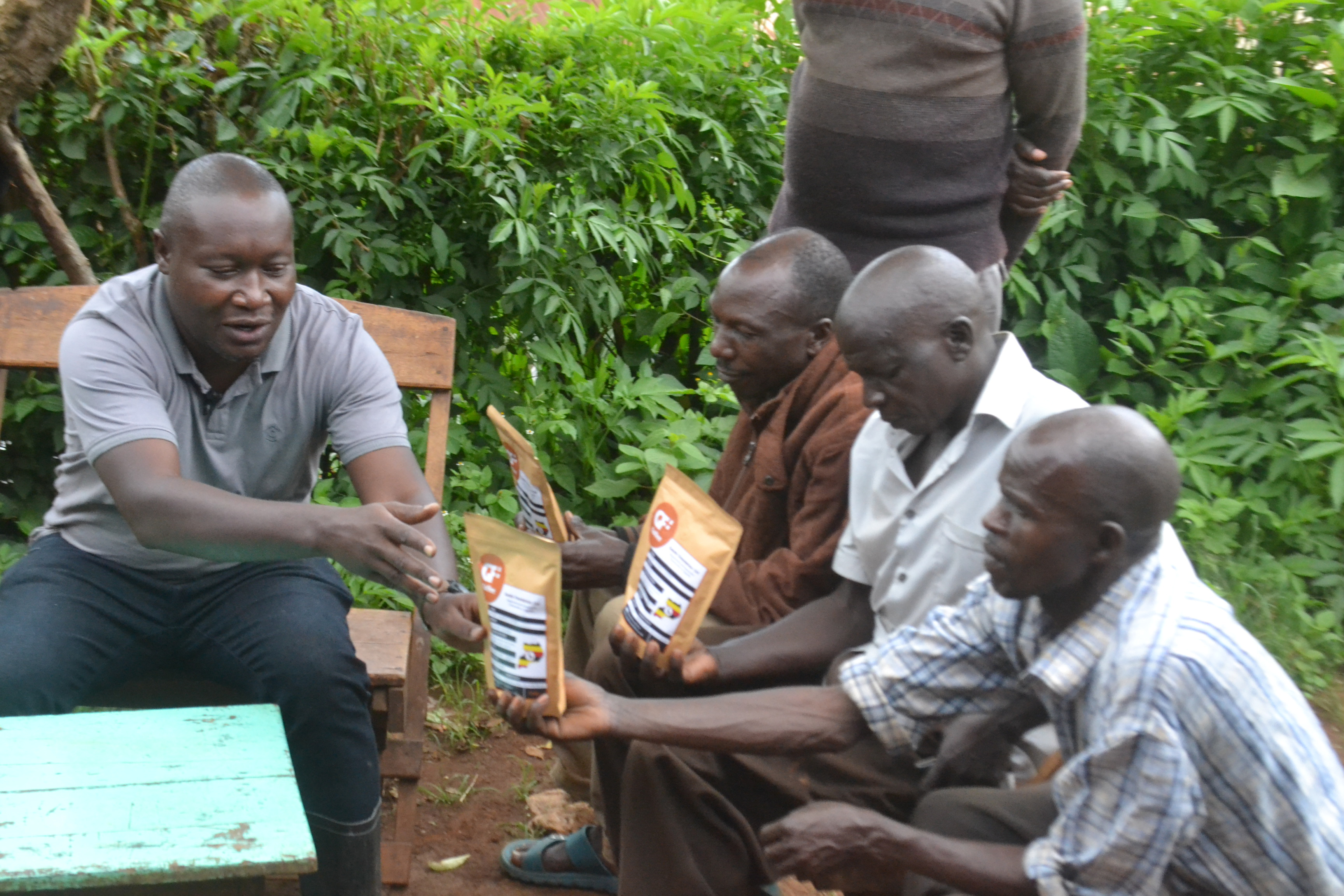 Organic coffee farmers in the high altitude areas around Mt Elgon in eastern Uganda have revealed how they are earning more from coffee beans by avoiding middlemen.The farmers, who total 1,000 from the districts of Bududa, Bulambuli and Sipi in Kapchorwa, say they plant between 500 and 1,000 Arabica coffee trees alongside bananas and cassava on about two acres of land.

Subsequently, they are trained and sensitised on how to apply manure (organic fertiliser) to the coffee trees instead of inorganic fertilisers that are said to give a low taste of coffee when processed to finished products.The farmers are also trained on how to process the coffee beans, from where they say they earn five times more than when sold as beans.Mr Ambrose Gibutai, a 52-year-old resident of Simbo Village, Buginyanya Sub-county in Bulambuli District, says: “I used to sell unprocessed coffee at Shs2,500 per kg to middlemen but currently, I earn Shs12,000 per kg from processed coffee, which fetches me between Shs6m and Shs9m from one-and-a-half acres of land annually.”

“For the past three years, I have not regretted earning such [huge] amounts of money just from an acre of land. And from the money, I have acquired more land for planting coffee because there is a competitive market for quality organic coffee in the world,” he adds.Ms Constance Nafuna, 60, a resident of the same area, said she has 550 trees of Arabica coffee from which she picks between 1kg and 3kgs of coffee beans from each tree, and when she processes the coffee, she earns about Shs8m, much higher than the Shs2m she used to earn from the ripened beans.

Unrivalled benefitsMs Daphine Namataka says although maintenance of organic coffee is expensive, especially when a farmer does not have dung from cows and goats to use as fertiliser, she says the outcome after processing the beans is very good.“You know our buyers give us high prices for our coffee and you cannot cheat them by mixing the coffee beans with another type before they buy. Others even go as far as carrying out tests to determine whether the coffee is purely organic,” she said.

Mr Nasser Mutesasira, the proprietor of Sipi Hills Coffee Ltd, which is based in Mbale City and offers farmers high prices for their coffee, says many times farmers are cheated by middlemen who do not advise them on value addition.Mr Mutesasira says he buys the farmers’ coffee at a high price because it is of high standard and demand, both locally and on the international market. He adds that the company makes varieties of coffee drink flavours from the coffee it buys from the farmers.

“Producing high quality coffee means investing in the lives of the farmers who produce it, caring for the environment where it grows and building direct relationships with the roasters; this way we can generate increased value for coffee farmers in the country,” he says.Mr Joel Kaburu, a resident of Kabukose Village, Sipi Sub-county, Kapchorwa District, says most tourists prefer drinking organic coffee for its distinctive natural flavour.

About coffee sectorEighty percent of the coffee produced in Uganda is Robusta and 20 Arabica, according to the Uganda Coffee Development Authority. Robusta coffee is of high value and popularly blended by top roasters around the world given its rich aroma. Uganda exported a record of more than 6 million coffee bags in the financial year 2020-2021, the highest total for 12 months in 30 years. Exports for Financial Year 20/21 were worth $559m (more than Shs1.9 trillion) compared to 5.11m bags worth $496m (about Shs1.7 trillion) in Financial Year19/20.