How NGOs are fighting child marriage in communities

How NGOs are fighting child marriage in communities 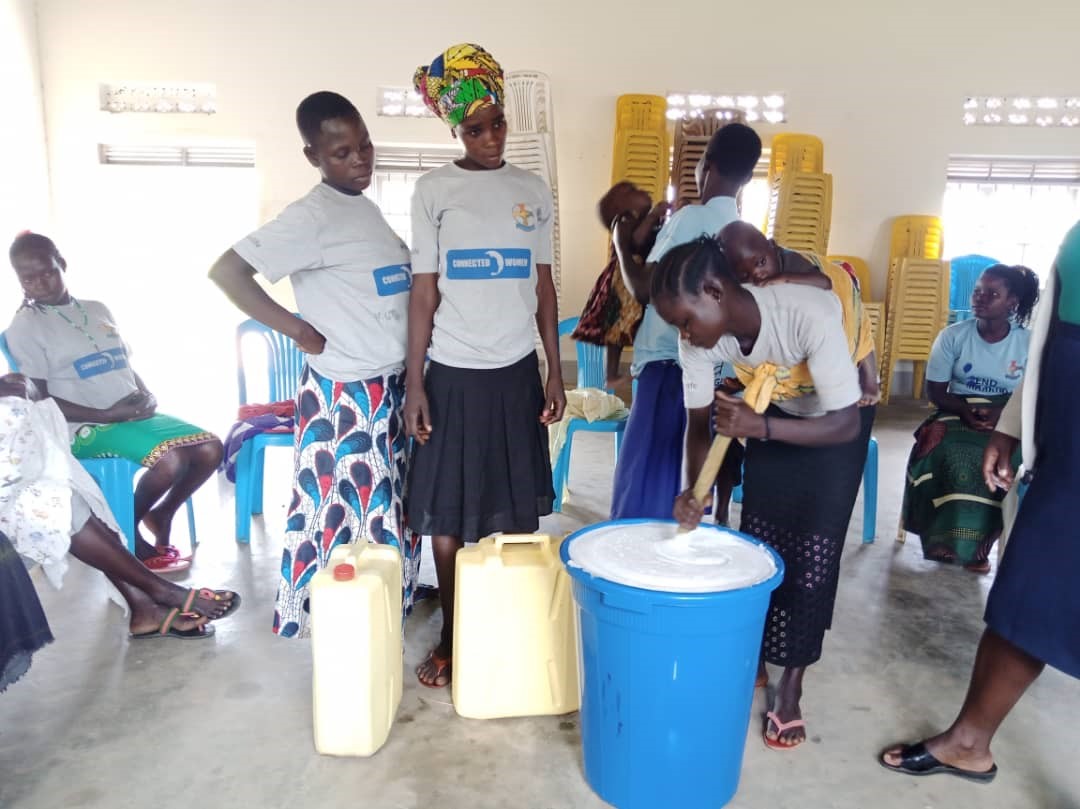 Three years ago, Sarah, then 13, had just completed Primary Seven. She was looking forward to joining secondary school when her hopes were dashed.

“I got married because of poverty. My father had no money to take me beyond Primary Seven. I stayed home and that was when I met a man who proposed to me and I got married,” Sarah, now 16, recalls.

Two years into the marriage, Sarah gave birth but that came with more misery as the baby’s father failed to take responsibility. As a result, Sarah quit the relationship.

“I realised the man was irresponsible. He failed to provide for me and my child,”  she says.

Sarah, like thousands of other girls countrywide still bear the burden of early motherhood and forced marriages.

According to the Ministry of Gender, one in four children in Uganda is married off before they are 18 years.

These girls are also vulnerable to domestic violence and are at risk of contracting HIV/Aids.

Several organisations have created strategies to sensitise girls and the community on the dangers of engaging in early sex to change the narrative.

They have also partnered with other stakeholders to build a legal framework and policy environment to mitigate cases of child abuse and ensure that perpetrators are prosecuted.

The NGOs also engage parents and teachers to support the learners to remain in school.

“We are also equipping influential people with skills so that they can take lead in the implementation of activities which target ending child marriage,” Mr Patrick Dranimva, the programme officer at Amani Initiative, an NGO, says.

The organisation carries out sensitisation in communities and works with the church to promote behavioural change.

“We want to have little resources spent with the expectation of high impact but this intervention should be led by the members of the community so that when we are away, whatever we started is sustained,” Mr Dranimva says.

Joy for Children Uganda, an NGO, calls for coordinated and collaborative efforts of all stakeholders to end child marriages.

“Partners share what approaches are working and what is not, recommendations and way forward are drafted to influence new programming on addressing child marriages,” the organisation’s executive director, Mr Moses Ntenga, says.

“Rather than assuming that child marriage programmes have a monopoly on knowledge and experience on how change happens, we believe that adolescent girls and other community actors such as community-based organisations, religious and traditional leaders, and families have valuable knowledge about addressing female adolescent sexuality and ending child marriage,” Mr Ntenga adds.

Several programmes have started addressing this problem to ensure parents are not lured into marrying off their children for monetary gain.

Beneficiaries are required to form a group and select the enterprises of their choice before TPO staff train them.

Amani Initiative has also given seed capital to 15 groups in Maracha, Terego, and Arua districts.

“We distributed to them 300 mobile phone handsets so that each member captures her own savings information. We gave one smartphone per group so that all information on savings and loan transactions within each of the 15 groups is captured,” Mr Dranimva says.

The TPO has also created the children’s parliament whose efforts have seen the return of two girls to school in Agweng Sub-county in Lira.

Parents had forced the girls to drop out of school in 2019 so that they marry them off.

“When we feel that the matter is beyond us, we refer to our senior woman and senior man teachers for proper management. So far, we have successfully handled two cases, and made two pupils, who had already dropped out of school return,” Ms Lorna Adongo, the chairperson of Agak children’s parliament, says.

Religious and cultural leaders have also come to the forefront in the implementation.

“The girls are now willing to say no to the boys who approach them for sex because they believe that there is somebody behind them,” the YAWODI executive director, Dr Isaac Orec, says.

In Kenya, Tanzania and Uganda, a huge number of girls are still subject to child marriage every year. At least  23 percent, 31 percent and 34 percent in each country, respectively have been married off before they reach 18, according to Girls Not Brides, a global network of more than 1,600 civil society organisations from more than  100 countries committed to ending child marriage and ensuring girls can reach their full potential.