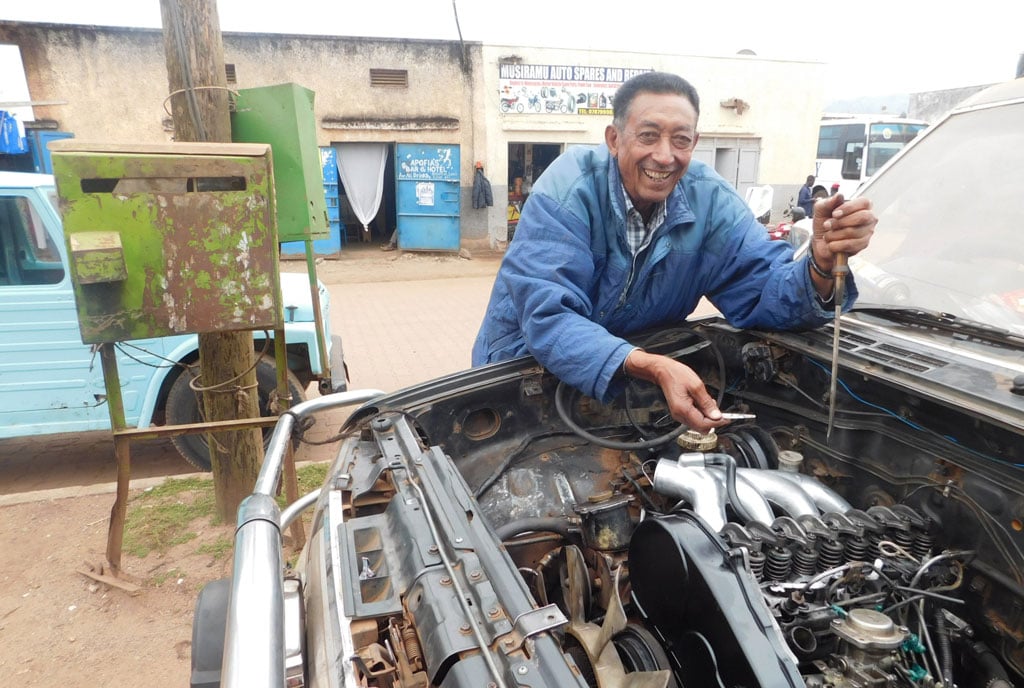 “As a tiny child, I knew something was wrong. The mildly garish turned into the gruesome as daily reports of cannibalism, rape and murder were dissected by adults in hushed voices. The problems didn’t happen overnight. The great shame is that the Asian community didn’t address it. We didn’t see the injustice in having a battalion of African servants on call, like maharajahs [princes or kings], as we lived it up in a land that wasn’t really ours,” Farah Damji, who is editor of the British-Asian lifestyle magazine, Indobrit writes in the Guardian newspaper.

Damji was four in 1972 when Idi Amin expelled the Asians.

“I was scooped up from the lilac shade of my jacaranda tree and the shoelessness of being a mini-Mowgli, and plopped down in the drizzle of an English winter, like many of my young friends. I was quietly removed from my African childhood whose boundary was marked with a razor-wire fence and an armed askari (guard) at the gate and placed in a rented terraced house in Ealing. I didn’t feel I belonged.”

Unlike Damji’s family, which was expelled, Bachu Shamlal, was asked to stay as his workmanship in the repair of vehicles endeared him to Amin’s soldiers.

“Repairing the vehicles of the then government soldiers saved me and my family from being expelled from Uganda because these people loved my expertise,” Mr Bachu reveals.

Now in the evening of his life at the age of 80, Bachu ambles on Mutabuka road where he resides to catch a fresh breath of air in the idyllic setting of Kabale Town.

FamilyHe is among nine children of Mr Keshavdas Laxman, an Indian national, who owned Rajbut Motor Services that offered services of repairing damaged vehicles in Kigezi and Ankole sub-regions.

60 years later, Bachu’s proclivity for hard work has sustained the heritage of the family.

Today, the motor garage he inherited from his father remains operational at Garage Street in Kabale where he repairs motor vehicles. He employs about 15 mechanics, some of whom he trained specifically to help him with the work.

At least 10 vehicles are repaired everyday as Bachu ensures that all the vehicles are fixed on time to be able to meet the desires of his loyal customers.

“By 7am every morning, Bachu’s garage is opened and the repair of vehicles begins immediately. We have maintained time management to help us attract and retain customers. Bachu’s garage employs armed guards to provide security for the customers’ vehicles during night hours,” Mr Bachu reveals during the interview.

He says after completing Primary Three at the Indian Primary School that was then located in Kabale Town, he joined Kigezi High School where he completed Senior Six before he joined his father in the Rajbut Motor Services garage in 1957 where he learnt general motor vehicle repairs, specialising in engine repairs.

“I quickly mastered the skills in this specialised motor-vehicle repair to an extent that I started my own garage where then government officials could bring the vehicles for repair because I was well-disciplined and trusted. This is how I ended up being a mechanic for the army vehicles,” Mr Bachu says.

Soldiers’ darlingHe recalls that barely after Idi Amin took power in 1971, most of the government soldiers visited his garage in Kabale Town for the repair of their vehicles and this made him popular among the soldiers who were feared for their brutality.

“When President Idi Amin announced the expulsion of the Asians in 1972 and gave them a 90-day ultimatum, his soldiers, who I used to repair vehicles for assured me of protection because they wanted my services.

This is how my family members and I survived being expelled,” Mr Bachu says.

Barely after the announcement of the Asians’ expulsion, fear enveloped Kabale and other parts of the country.

Bachu says soldiers raided Asian homesteads and tortured families, robbed them of their personal property and merchandise in shops.

“I never settled until the Amin government was no more. I always thought that they would change their mind and expel my family like they did to others. I am grateful to the NRM government because it gave us all the properties the Amin government had grabbed from us,” Mr Bachu says with a palpable sigh of relief.

Mr Bachu is married to a Ugandan woman with whom he has six children and he is still a prominent mechanic in Kabale Town. He has customers who travel from far-flung areas including Rwanda and the DR Congo.

“When President Museveni took over government in 1986, I was identified as a senior mechanic who had the expertise required to repair the army vehicles and even in the Rwandan civil war of 1990 to 1994, I repaired the United Nations vehicles that were used in the monitoring of the war. This was just because of the expertise I had,” Mr Bachu reveals.