How to grow organic vegetables on your farm for more cash

How to grow organic vegetables on your farm for more cash 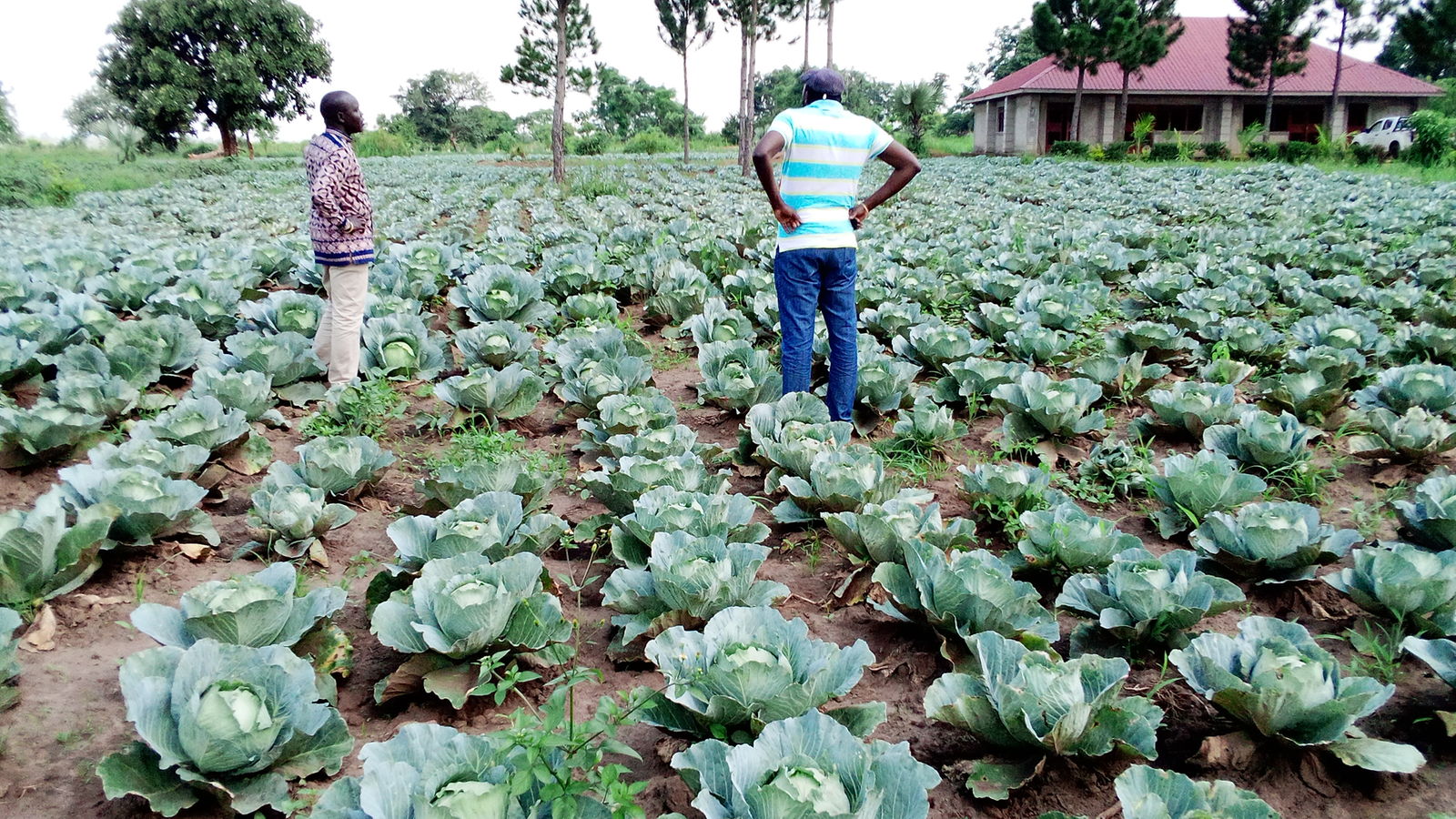 Indigenous vegetables contribute a great deal to our immune system hence the need for farmers to intensify the rate at which they are involved in growing them.According to the World Health Organisation (WHO), an adult should eat daily 400 grammes of vegetables.However, insufficient access to market and seasonal fluctuation of available vegetable makes it difficult to consume sufficient amount of vegetable for rural households.A lot of effort has been invested by experts in the agriculture sector to produce enough food for Uganda’s population including for export but indigenous vegetables often referred to as traditional vegetables are underrated in favour of exotic vegetables.

BackgroundMajority of the population depends on main food crops such as maize, cassava, sweet potatoes, banana, millet sorghum and rice among others which are consumed with beans, beef, chicken and groundnut stew.These food are capable of providing calories for the body for energy but are very low in other nutrients which nourish the body thereby protecting it from diseases.Traditional vegetables have very high nutritive value, they contain vitamin A, B and C, protein and other minerals such as iron, calcium, phosphorous, iodine and fluorine in varying amounts and capable for good health.

A case in point is that vitamin A which prevents blindness in children is found in green vegetables unfortunately consumers of these vegetables have not been told to appreciate the role of traditional vegetables in fulfilling healthy living in humans.Most people consume it as a last resort food because they are cheap to purchase and easy to cook.Agricultural experts think very few farmers are engaged in growing traditional vegetables for commercialisation because majority of the rural population grow them on small pieces of land and other communities harvest a good number of varieties from the wild, which trends must be changed.

Types In a publication by Naro scientists at the National Agricultural Research Laboratories (NARL-Kawanda), Kampala about conservation and use of traditional vegetables in Uganda, it is stated that by 2004 there was very little research work done in the area of breeding traditional vegetables.It is stated that most of germplasm collected from 1994 to 1984 have been lost and current efforts to collect and conserve them has been hampered by lack of funds.By 2004 the scientists had so far documented 34 species of traditional vegetables that are grown by farmers and those growing in the wild and below are the species. Out of which 21 species occur throughout the country and the rest are grown region by region though it is feared others must have gone instinct.

ConsumptionIn 1968 a rural food consumption survey carried out in Ankole, Busoga, Masaka and West Nile, representing western, eastern, central and northern Uganda, respectively, showed that many traditional vegetables were consumed throughout Uganda, although they were prepared differently depending on the preferences of local communities.

The survey indicated that average consumption of traditional vegetables was 160 grammes per head per day during the rainy season when green leafy vegetables are abundant.However the survey indicated that people living in the urban poor areas consume 12 grammes per person per day.The adequacy of the quantity of traditional vegetables consumed depends on the areas of production and the composition of the staple foods.

Agronomy Experts advise that all vegetables species whether indigenous or exotic have the same method to be applied right from planting to harvesting with exception of few.In a manual published by agricultural scientists working with Japan International Cooperation Agency (JICA) about vegetable farming techniques, the team states that vegetables can be grown as mixed cropping with other plants or solely in an independent field.

Mixed cropping The timing and duration of harvest differs between different types of vegetables and farmers should keep this in mind when planting vegetable, in order to be harvested throughout the year. Furthermore, it should be noted that if the same vegetables           is grown in the same plot every year, there will be a high possibility of disease and pest outbreak. Thus, the same plot should not be used for the same kind of vegetable for more than four years. Cultivation plan schedule must include which vegetable variety is to be planted and in which plot including sack garden vegetable production. Part of the vegetables should be kept to secure seeds for the next season. In doing so, the first or second vegetable fruits would be better to be kept. Selecting better vegetable fruits will result in better production in the next harvest.

Nursery bed preparationOnce a farmer has selected the best seed for a specific vegetable variety, they may either plant seed directly or through the nursery and the seedlings are transferred for planting in the vegetable farm.

The nursery must be set in a land close to the house and it must be well exposed to the sun, but protected against severe heat. The shed is provided to avoid the tender seedlings from being destroyed by sunshine. It must be regularly watered and this can take one month before seedlings are transferred to the main garden.The nursery bed can be raised and sunken beds good for holding water during dry season which must be prepared with soft soil and the seeds are sown in plastic pots. They are left to grow for one week and the best seedlings are selected for planting.

Land preparation and planting It is advisable for farmers to prepare the land at the onset of the rains and loam soil texture is recommended. Farmers who plant during dry season can prepare the land earlier and once they have transplanted the seedlings, they are advised to carry out irrigation in order to attain good yields. The seedling sowing area must be prepared well to enable easy germination. Farmers are advised to apply manure at the sowing spots and those who can afford may apply fertiliser at a recommended rate.

Sowing and transplanting In case of direct sowing, it is good to sow seeds 7-14 days after compost filling in the pit. Farmers are expected to sow between three and four seeds in a two by three cm deep trench. In case of use of seedlings after a month of germination, a healthier seedling should be kept and the rest should be removed.

In case of transplanting seedlings, it should 7 by 10 cm tall with four to five true leaves in each seedling. One seedling should be transplanted at one place and the spacing may vary from one vegetable species to another.

Training and pruning Pruning and training the various vegetable species is very important to get maximum yield from the plant. Farmers must allow the plant to grow without any lateral branches and tendrils up to about 12 nodes of stem. Then, the main stem should be pruned. Farmers should not allow any laterals branches from plant below the trellis and should put them upward on the trellis. Those growing naturally must be allowed to grow upwards.Do not ever let the soil become completely dry out meaning constant watering is required in case the rain water is not enough.Weeding Weeding is necessary for loosening soil and controlling the weeds. First weeding has to be done at the time of introducing additional fertiliser and second weeding would be better at the time of covering plant root by soil.

Pests and diseasesThere are a number of pests that attack vegetables and these include weevils, termites, fruit fly, whiteflies, caterpillars and glow worms among others depending on the vegetable variety.The diseases are powdery mildew, mosaic virus, root rot and some of the diseases are fungal and others are viruses causing same damage to the leaves and pods.Farmers are advised to apply bio pesticides as well as use integrated pest management practices by removing infested plants among others.

Harvesting and marketing Most indigenous vegetables mature in two months or less, once the plants are mature remove the leaves using hand while still green and the pods say for eggplant and tomatoes must be removed when still soft when it is not completely ripe.Farmers can harvest vegetables continuously by allowing growing intervals of two to three weeks and this may go on six times depending on the growing vigor of a particular vegetable variety.Farmers who are engaged in growing vegetables for commercialisation have numerous markets which include the local public markets, supermarkets, hospitals and schools where the children are expected to consume a lot of vegetables to change diet.

Challenges Usually the challenge famers are faced with is storage and too much rain which may cause vegetables to rotAnother challenge is source of water for irrigation during dry season as well as pest and diseases.