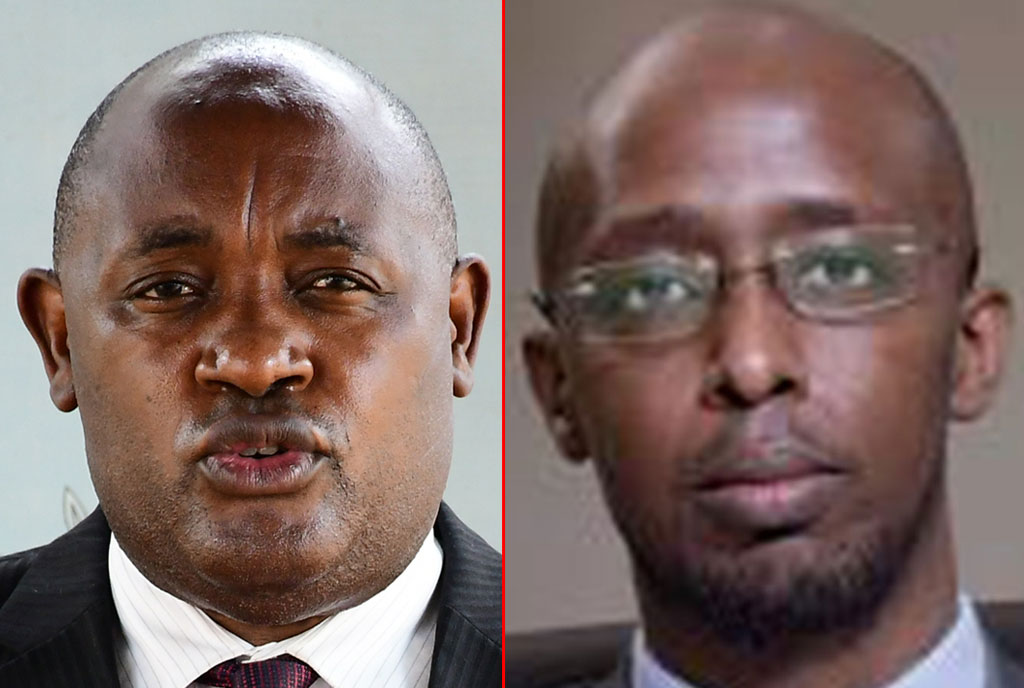 A tussle over money continues to headline a rationalisation process in Uganda’s Information and Communications Technology (ICT) sector.

The tussle traces its roots back to last year when the ICT ministry’s permanent secretary (PS), Dr Aminah Zawedde, wrote to the Finance ministry, asking for revoting of funds from National Information Technology Authority, Uganda (Nita-U).

Dr Zawedde implored the Exchequer to move the money from vote 126 (Nita-U) to vote 20 (ICT ministry).

“Accordingly, the ministry has engaged the guidance of Public Service and have drafted a new institutional structure to include the activities formerly under Nita- U,” Dr Zawedde wrote in the letter that had Dr Chris Baryomunsi, the ICT and National Guidance minister, as well as his deputies—Ms Joyce Ssebugwawo and Mr Godfrey Kabbyanga Baluku—inter-alia, describing the transfer from vote 126 to vote 20 as “a subvention.”

The subvention also included channelling the recurrent (wage and non-wage) and development budget under Nita-U’s vote to the ICT ministry’s vote.

While this sounded simple—if not straightforward enough—there was a twist on November 1, when Mr Solomon Silwany, the Bukooli Central lawmaker, who doubles as a commissioner of Parliament, accused Dr Zawedde of overstepping her mandate.

Despite being copied in correspondences Dr Zawedde sent, Dr Baryomunsi also ruled that the accounting officer in his ministry was “out of order.”  The letter she authored, he added, was “premature” and would be “withdrawn.”

When Saturday Monitor attempted to find out from Dr Zawedde whether Dr Baryomunsi was doing a U-turn, the ICT ministry PS offered a “no comment” since the minister had pronounced himself on the matter.

Observers say the hornet’s nest that her correspondence stirred gives an indication of the reaction that rationalisation processes look set to command four years on after the government made clear a plan to re-align government ministries, departments and agencies.

The government hopes that the rationalisation will address challenges of duplication of work, overlaps of mandates, conflicts, and wasteful expenditures. Nita-U, which is charged with coordinating  and regulating ICT services, falls under the general supervision of the ICT ministry.

In a November 19, 2021, letter, Dr Mugasa categorically stated: “Nita-U takes the view that until the conclusion of the rationalisation exercise, it must continue to perform its functions and it must, necessarily, have a budget.”

Saturday Monitor understands that a Shs710 billion World Bank-funded Uganda Digital Acceleration Project (UDAP) is at the centre of the dispute. If implemented, government administrative units, including sub-counties, parishes, schools, hospitals and health centres, will be connected to e-government services.

The World Bank hopes this will improve efficiency, access to public services, as well as transparency and accountability. Nita-U is supposed to run point on the project. It is alleged that the ICT ministry wants to pull the rug out from under Nita-U’s feet.

In his December 1, 2021, response, Mr John Bosco Rujagaata Suuza, the Director of Legal Advisory Services in the Attorney General’s Chambers, said Nita-U is a creature of a statute. He added that the Authority can only cease to exist or perform the function assigned to it by the statute of the National Informational Technology Act, 2009.

Mr Suuza said Nita-U will remain “a lawful existent body corporate with a mandate to discharge” until such a time as when the National Information Technology Act, Uganda, is repealed.

As for the Shs710 billion project, Mr Suuza held thus: “By virtue of Section 36 (1) and 44 (1) of the Public Finance Management Act, 2015, only the minister responsible for finance has the authority to raise loans and receive grants.  This function necessarily carries with it the authority to negotiate, sign for and manage loans and grants.”

In reference to Dr Zawedde’s “subvention” directive, Mr Suuza referred to Section 3 of the Public Management Act. The Act defines subvention to mean appropriation of funds to a vote for onward transfer to an entity which is not a vote.

“Thus, since the funds currently allocated to Nita-U were not appropriated by Parliament for onward transfer to MOICT & NG (Ministry of Information Communication Technology and National Guidance) and, at any rate, MOICT & NG  is itself a vote, the secretary to the treasury is not in a position to grant a request  by the permanent secretary MOICT & NG (Dr Zawedde) that all the recurrent and development budget of Nita-U be transferred to MOICT &NG as subvention,” Mr Suuza wrote, adding that until the conclusion of the rationalisation exercise, Nita-U must continue to perform its  functions in accordance with the law.

For a moment it seemed like the issue had been settled, but on September 15, Mr Ramathan Ggoobi, the Permanent Secretary and Secretary to the Treasury (PSST), opened an old wound.

He added: “Of the 69 government agencies that were recommended for merger mainstreaming and transfer of functions, the Ministry of Public Service has finalised the rationalisation of the 53 in phase one.”

In accordance with the implementation roadmap, which will be phased during financial years 2022/2023 and 2023/2024, Mr Ggoobi said the affected government agencies and their line ministries were required to undertake systematic planning.

He revealed that there will be  a budgeting process “aimed at supporting the implementation of the recommendations on rationalisation of government agencies and public expenditure”.

This triggered renewed panic in Nita-U’s ranks. The panic heightened on October 15, when Dr Zawedde wrote to Mr Ggoobi informing him how Nita-U, with the input of Parliament, had been rationalised.   “Following the rationalisation of agencies by Ministry of Public Service, including National Information Technology Authority (Nita-U), and in line with you guidance under paragraph 20 of the BCC (blind carbon copy), the resources for vote 126 Nita-U have been rationalised within vote 020 and will be used to implement the activities formerly implemented by NITA-U,” Dr Zawedde revealed, adding, “In light of the above, this is to submit the agreed vote allocations and request for additional allocation to the programme to enable full execution of its mandate.”

Two Wednesdays ago when Dr Baryomunsi denied being in the know of Dr Zawedde’s moves to mainstream Nita-U, Speaker Anita Among reminded the warring parties that Nita-U “was created under Nita-U Act of 2009.”

“Anything that happens with Nita-U must also be the creation of this House, not a PS,” the Speaker ruled, adding: “So we expect the minister to take action against your PS for abusing this House.”

Speaker Anita Among noted that Nita-U was allocated a vote after fulfilling all requirements provided for under the Treasury instructions 2017 that include a legal framework, running a vote based of financial year, having over 50 percent of funds allocated from the consolidated fund and ability to raise non-tax revenue in a financial year. Others are preparing payment through instruction of the accountant general, arrangement of activities based on medium term framework and having in its possession sufficient manpower.

“It’s only when a vote violates any of these requirements that it ceases to exist. And the fact that we are going into the budgeting period the PS (Dr Aminah Zawedde) is already abusing her powers,” Ms Among noted, adding: “Finance should not allow that PS to be a vote holder in the next financial year. It’s irregular, very irregular, for the accounting officer to engineer a vote without adducing evidence that has been mentioned under 4.426 of the treasury instructions 2017 and that’s violation of the law.”