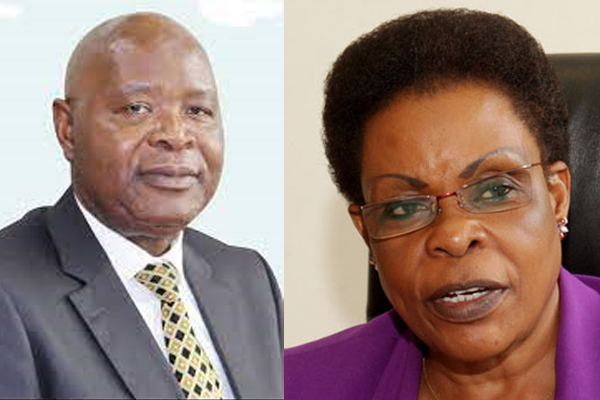 The Inspectorate of Government (IG) has ordered more than two dozen staff of Uganda Bureau of Statistics (Ubos) to refund nearly Shs800m the officials claimed to have spent on field work during the Covid-19 lockdown.Ms Beti Kamya, the inspector general of government (IGG), in letters dated May 24, 2022 and addressed to each of the affected employees, noted that investigations by her office from late last year revealed that accountabilities submitted for the expenditures were falsified.

The Ombudsman confirmed issuing the letters, although none of the nine addressees confirmed receipt.“It’s true I directed the twenty-eight officials from Ubos to refund the money after our investigations showed that they received the money for field activities during the lockdown, but didn’t actually do the work,” she said by telephone, “Therefore, every individual is expected to refund what they received.”

This newspaper broke the story of the alleged fictitious claims last year, and President Museveni later ordered the IGG to investigate the allegations by a whistle blower in a dossier detailing alleged victimisation of Ubos employees by seniors and questionable handling of the agency’s resources.Established by an Act of Parliament in 1998, the core mandate of Ubos, according to information on its website, is to develop and maintain a national statistical system “to ensure collection, analysis, publication of integrated, relevant, reliable and timely statistical information”.In the complaint to the President, the whistle blower chronicled alleged cases of irregular promotions and deployments, fictitious accountabilities and unfair treatment of staff.In October, Mr Museveni directed the IGG inquiries, and slightly a month later tasked the domestic spy agency, ISO, to separately probe the allegations and do background checks on individuals acting in senior Ubos positions to inform his decision to confirm or appoint them.

It is outcome of the IGG investigations, according to Ms Kamya, which necessitated demand for refund of tax payers’ money that they found to have been improperly applied.“…the investigations have further revealed that the funds you received were not put to proper use as the accountabilities submitted were found to be false,” she noted in each of the separate letters to affected Ubos officials.The IGG added: “…you are hereby ordered to, within 90 days from the date of receipt of this letter, refund … to the Inspectorate of Government Asset Recovery Account Number 003030088000007 held at Bank of Uganda using Electronic Funds Transfer [EFT] and thereafter present proof of payment to the cash office at the Inspectorate of Government for a general receipt.”

Failure to comply, the Inspectorate of Government noted, would render the officials liable, among others, to prosecution. There is nothing at the moment to suggest the alleged commissions or omissions were criminal.Ms Annet Komugisha, a personal assistant to Ubos Executive Director Dr Chris Mukiza, on May 31, 2022 signed as recipient of the letters despite accounts by nine of the staffers telling this newspaper that they had seen no such letter.The whereabouts of the letters, whose contents Ms Kamya said she expected Ubos officials to comply with, remain unclear.Reached out over the matter, Ubos Executive Director Chris Mukiza, without listening to the issues for his attention, said he was displeased with our consistent reporting about the allegations, and he believed this newspaper has an agenda against him and the institution he heads.He provided no evidence, but argued that “anyone with eyes can see, even the blind can feel your bias”.

“If the reason you called was to talk about the [allegations], I am not going to talk about it. I have cancelled adverts to your paper,” he said by telephone last evening, adding that “we are going to respond to you as the state”.   Dr Mukiza, who reaffirmed that he represented the “state”, did not explain how a newspaper’s inquiries, or reporting, about allegations of improper use of tax payers’ money by a government institution, becomes a state matter.Earlier, Ubos Board chairman, Dr Albert Byamugisha, said that he couldn’t comment on the latest reports of technocrats at the agency being required to reimburse monies, because he had not seen the referenced letters.

We spoke to nine of the 28 officials, and none acknowledged receipt of the Ombudsman’s letter, although they confirmed being interrogated by the IG earlier in the year.“That is news to me and I haven’t got any communication. You are telling me this for the first time and I am not aware,” said accountant Wilfred Walyomo.Mr Byron Twesigye, a senior field operations officer, said: “I haven’t received any letter…just stop talking because I have no story for you”. Stores Officer Hamza Kivumbi said “you are just giving me news and I think I need to find out about what you’re talking about”.

In a separate interview, Mr Roland Muhumza, a senior statistician, said that he wasn’t aware about the IGG’s letter and so was Florence Abeja, the acting manager/head, finance and administration.Findings According to the IG’s investigations, the officials pleaded guilty and asked to be authorised to refund the money.“… in your statement to the Inspectorate of Government dated January 5, 2022, you requested to be allowed to refund the above amount of money because you did not carry out the said activities due to the Covid-19 pandemic restrictions,” reads one of the letters addressed to accountant Walyomo.Ubos’ acting Principal Accountant Moses Waibi, according to IGG investigators, admitted that he did not carry out two activities and requested to be allowed to refund the assigned funds.

Article 230 of the Constitution mandates the Ombudsman to investigate, cause investigation, arrest, cause arrest, cause prosecution in respect of cases involving corruption, abuse of authority or of public office.It is alleged that some of the staff in finance department at Ubos made fictitious claims, and received and shared the monies without carrying out any official activities for which it was requisitioned.Inquiries by the IGG show that Mr Twesigye received Shs241m for field data collection for verification of Data Records for the Energy for Rural Transformation (ERT) activities, yet accountabilities submitted were false.

In another case, Mr Twesigye reportedly requisitioned for Shs91m which he ostensibly paid out to M/s Safari and Tours Ltd for hire of 12 vehicles for field data collection for verification of data records for the ERT project, but the IGG found no evidence that the activity took place.According to findings of the official inquiries, Mr Twesigye worked with Stephen Baryahirwa, the head of the department of social economic survey.Mr Baryahirwa allegedly then nominated Mr Kenneth Bateesa, the materials supplies’ officer, as the contract manager to ensure the hire of the 12 vehicles dry leased from Ms Prime Safaris and Tours Ltd at Shs91m.

Investigators found out that Mr Twesigye allegedly initiated the false claim while Mr Bateesa issued a false certificate of completion for hire of the dozen cars.This newspaper has seen a call off order of Shs91m under the framework contract for the hire of field vehicles for the ERT activities yet the same study had been carried out two years earlier.The IGG report findings show that the three officials shared the money, each taking Shs30m. Mr Sam Makanga, the director of Safari and Tours Ltd, declined to comment for this story, referring our inquiries to Ubos.