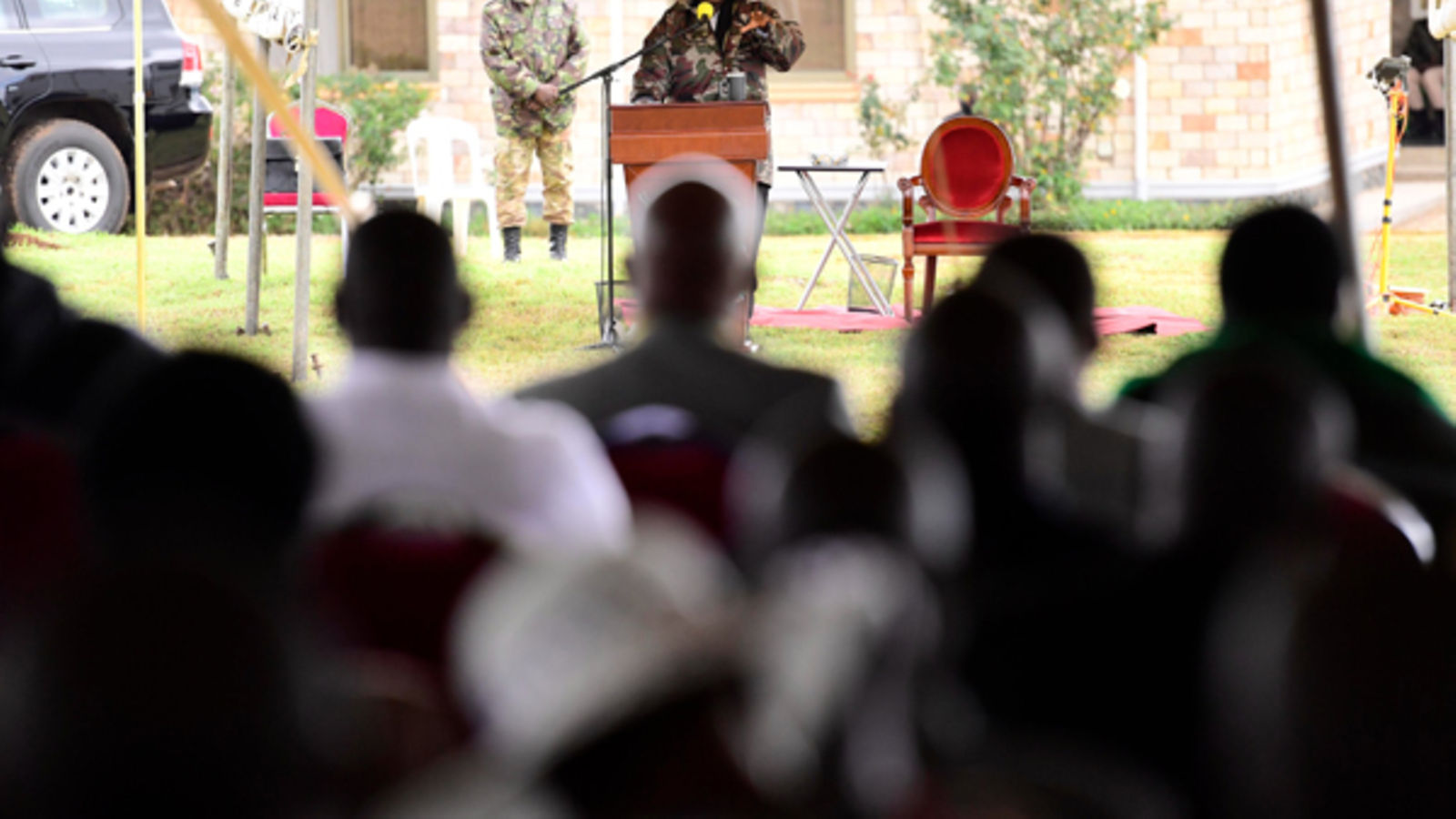 Leaders from Teso, Bugisu and Sebei sub-regions on Thursday struggled for warmth in the cold weather at State Lodge in Kapchorwa Town during a meeting with President Museveni.

Mr Museveni met leaders, including ministers, MPs, RDCs, district chairpersons and religious leaders to find solutions to, among other things, the threat of re-insurgence of cattle rustlers in Karamoja.

The chairperson of Bulambuli District, Ms Annet Nandutu, requested the President to intervene and resolve the boundary dispute between Bulambuli and Kapchorwa districts.

“Mr President, you gave a directive for Bulambuli and Kapchorwa to open the boundary. We agreed but Kapchorwa refused. We need to sit at a roundtable but if this is not done, we might witness bloodshed,” she said.

A section of locals from Sebei Sub-region have for long claimed ownership of plots 10, 93, 94  in Bunambutye  Sub-county and other areas, which make up Bulambuli.

Part of the land is where the government has so far resettled about 4,000 landslide victims from various districts in Bugisu Sub-region since 2019.

Mr Vincent Barteka, the chairperson of older persons in Kapchorwa District, who differed with the President over the boundary, said several sub-counties in Bulambuli, including Bunambutye, formerly belonged to Sebei.

“The issue of the boundary should be addressed following the old boundary lines, not those maps. They are fake,” he said.

Mr Museveni said he will send the Prime Minister, Ms Robinnah Nabbanja, to open the boundary.

“The Prime Minister will come with a map. We are talking about maps that were there before independence. Before you were born, a district called Bugisu had four sub-counties of Manjiya, Bunghokho, Budadiri, and Sebei. That will guide us,” he said.

He also pleaded with the President to upgrade Lwakhakha in Namisindwa District to a one-stop border post.

“This will boost trade and also increase Uganda’s export base in the region. It will also enhance Uganda’s competitiveness in trade,” he said.

Ms Mary Gorretti Kitutu, the minister of Karamoja Affairs, said: “We need to push for urbanisation so that we conserve Mt Elgon to prevent the occurrence of landslides. As we speak, there is a new crack in Bubiita Subcounty in Bududa,” she said.

Mr Bosco Okiror, the MP for Usuk County and chairperson of Teso Parliamentary Group, said the government should construct security roads and also initiate programmes to fight poverty in Teso.

The leaders also told Mr Museveni that the livestock compensation process for claimants in Teso, Lango and Acholi is marred by corruption, something the President said he is aware of.

On issues of tourism roads, hospitals and public universities, Mr Museveni said it will be possible depending on the resources.

The President said there is a need to end cattle rustling in order to focus on development projects.

Ms Everlyne Chebet Kubarika, who presented issues affecting the Sebei, said the government should expedite compensation for the loss of lives and property during the insurgency and cattle rustling, resettlement of displaced landless people, and upgrading of Kapchorwa hospital to a referral hospital,

among others.  “We are also following up on pledges such as the construction of a model farm and seed multiplication centre for Irish potatoes,” she said.

The President said the multiplication centre and model farm will be constructed as pledged in a bid to support farmers to embrace better farming methods and earn more.