Is it end of the road for illegal fishing?

Is it end of the road for illegal fishing? 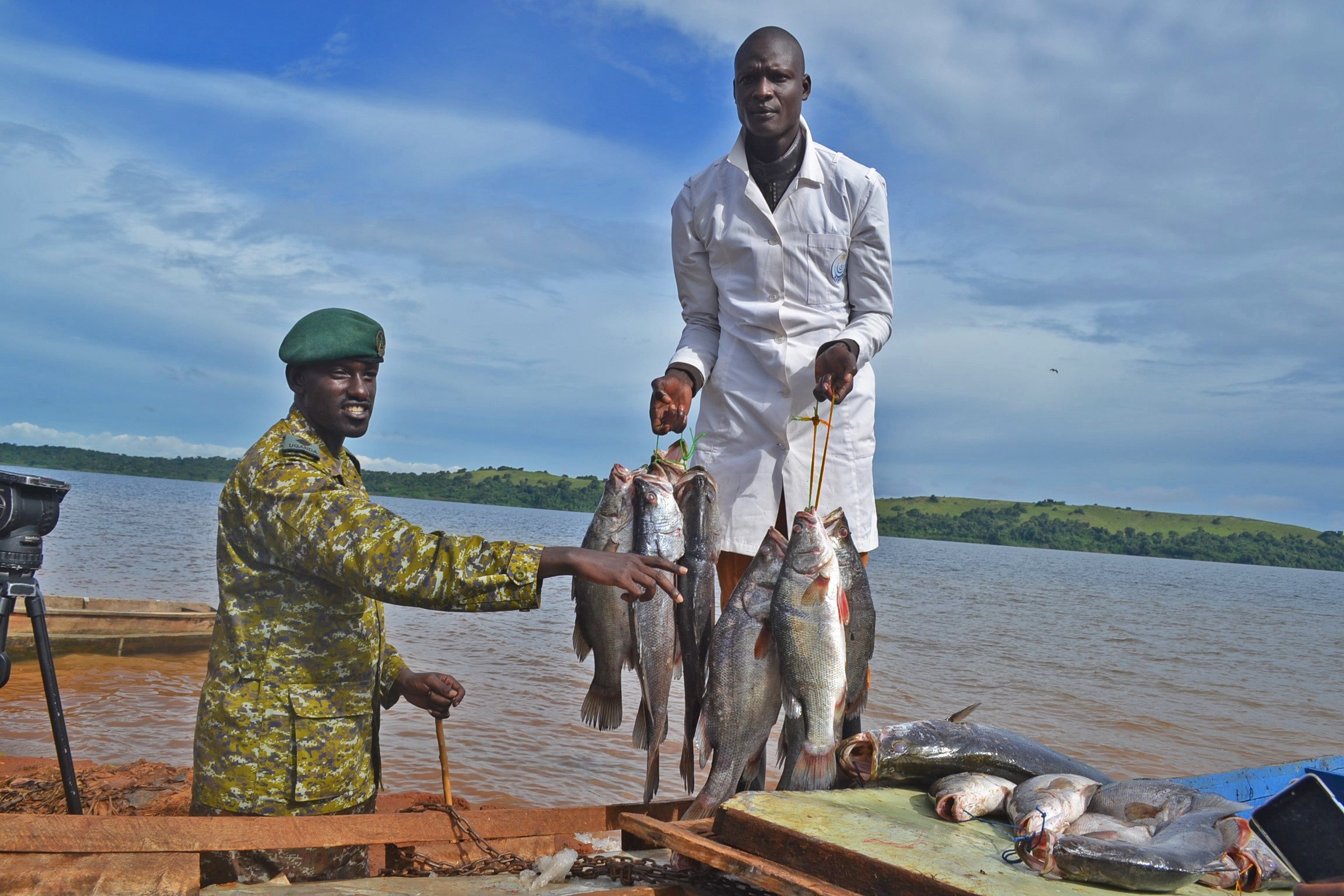 Following the expiry of the deadline for registration and licensing of fishermen on Lakes Victoria and Kyoga, the government is evicting all illegal fishers from both water bodies.

The licensing kicked off on March 1 and was meant to end by March 31. However, the government extended the exercise by two months, which elapsed on May 31.

All boat owners and fishermen had to register their boats upon meeting the set standards in a move aimed at combating illegal fishing activities and conserving Uganda’s water bodies.

Mr Tom Bukenya, the commissioner of fisheries’ control regulations and quality assurance at the Agriculture ministry, said they have only registered and licensed less than 50 percent of fishermen on Lake Victoria and about 80 percent on Lake Kyoga.

“Unless someone has a genuine reason for skipping the licensing exercise, we are done with this year. Starting this week, we are conducting a fisheries compliance enforcement exercise to remove all those who have deliberately failed to obtain licences,” he said on Sunday.

According to the ministry, boat owners must have the recommended size of boats and fishing gear, Tax Identification Numbers and National Identity Cards. Boat owners who are not fishermen need to first secure fishing licences for their fishermen in order to be registered.

The registration and licensing of fishers is partly intended to regulate fishing and avert depletion of fish stocks.

“Those declining to get licences are contributing to the rampant illegal fishing on the lake because they are delaying our plan of developing a national data base for all boat owners and fishermen,”  Mr Bukenya,said

He said licensing is only continuing on Lake Albert where the ministry field teams started the exercise late due to logistical challenges.

Mr Bukenya added that starting next year, registration and licensing will be conducted much earlier and by March, the exercise should be completed.

Mr Godfrey Kambugu, the chairperson of a fishermen association operating in Lake Victoria, pleaded for a one-month extension to allow all his colleagues acquire licenses .

“Many fishermen around Lake Victoria have been going to district headquarters where government asked them to register, but could not be helped,” he said, adding: “We request that the  exercise is extended for another one month and where possible the team registering should move to sub-county headquarters for easy accessibility .”

The first attempt by government to register fishermen and boat owners was in 2011, but the programme stalled  due to lack of funds.

The ministry had earlier set Shs100,000 as annual licence fee for small boats and Shs200,000 for large scale fishing boats.

This year, any vessel operating on lakes like Victoria, Albert, Kyoga, Edward, George, and Wamala is supposed to pay Shs100,000 as license fee while vessels on Lake Nakivale and other minor lakes are charged Shs50,000. Those operating on swamps, rivers and dams pay Shs25,000.

A section of fish dealers have in the past couple of months complained that they were being charged exorbitantly.

A vessel used or owned by a non-citizens pays Shs2m for a license. A fish truck with less than five tonnes is required to pay a license of Shs250,000 while a truck of five to 10 tonnes pays Shs750,000. Each fish processing factory pays Shs3m.

On May 4, Parliament passed the Fisheries and Aquaculture Bill 2021, that among others, prescribes a Shs40m fine or jail sentence of two years for those found selling fish without a valid fish trade license.

The same Bill, which awaits the presidential assent, also made it illegal for anyone who transports fish and its products without a valid fish movement permit. Such an offender will be slapped with either a Shs40m fine or two-year jail sentence.