It was order from above, says Mukajanga’s family

It was order from above, says Mukajanga’s family 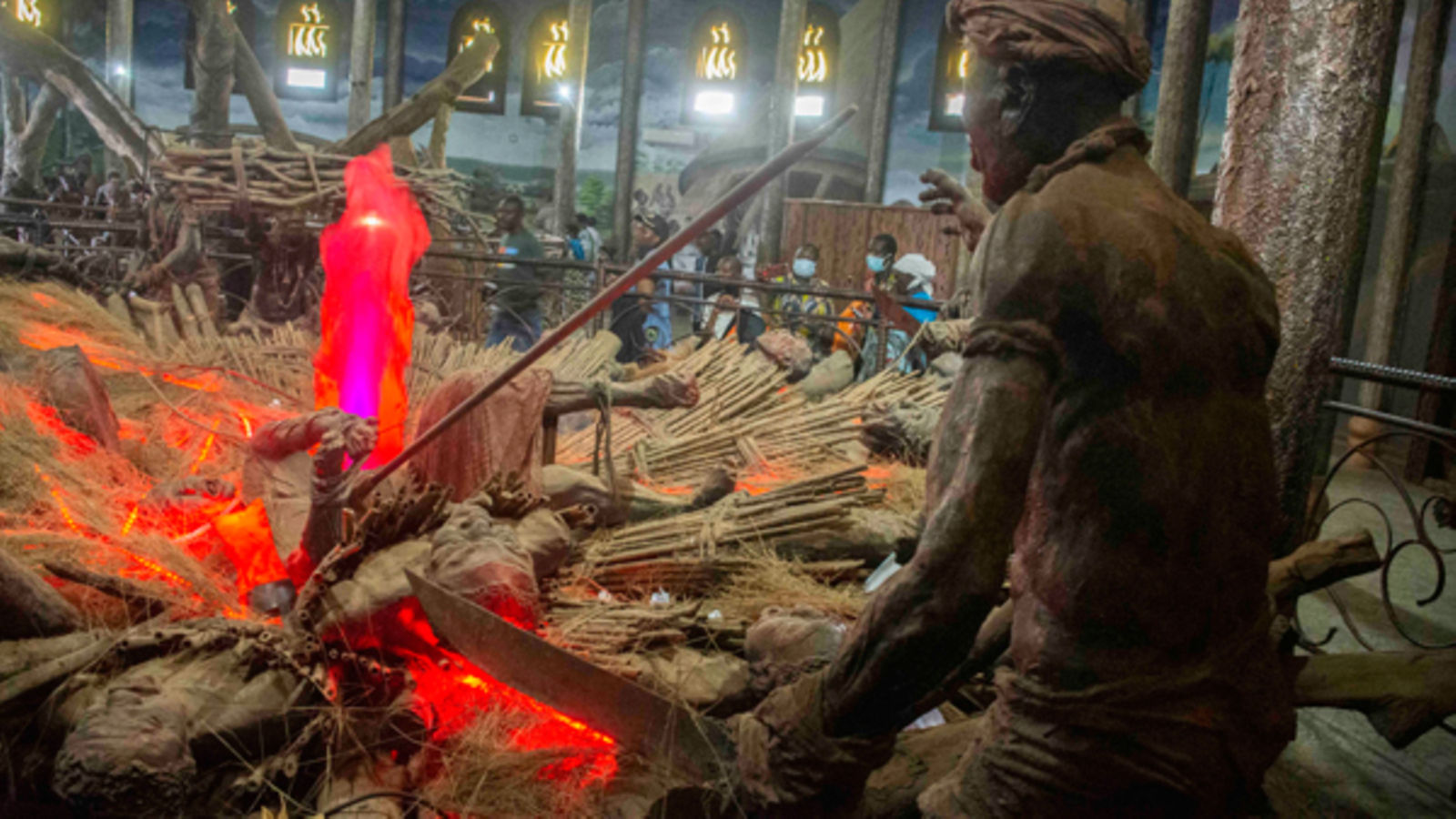 He died about 121 years ago, but the memories of Mukajanga’s hand in the killing of the young believers are still fresh.

Mukajanga was Buganda Kingdom’s chief executioner who on June 3, 1886, ended the lives of 45 young Christians at Namugongo under the order of Kabaka Mwanga II.

Although his action sowed seeds of hatred among believers, his surviving relatives seem not to be bothered by how some members of the public perceive their ancestor.

Mr Nsubuga Eliasafu, a clan member who is also known as Mukajanga Omulamu, literally meaning the living Mukajanga, said his grandfather was not responsible for the death of the Uganda Martyrs. He says he was simply following instructions given to him by the king.

“It was orders from above. He was like this man who crashed the glass of Col Kizza Besigye’s  car with a hammer and teargassed him. It wasn’t that man’s decision, but it was order from above. This is what happened to our grandfather,” Mr Nsubuga said.

He, however, said despite being a grandson to Mukajanga, he serves as a royal guard of the current Kabaka of Buganda, Ronald Muwenda Mutebi. Mr Nsubuga relates well with his neighbours and the general public.

He also says the family had set aside March 20 of every year as a day for holding prayers as a sign of paying homage to their grandfather for his deeds that helped promote Christianity in Uganda and beyond.

The first prayers were held in March 2020 by the Archbishop of the Church of Uganda, Stephen Kaziimba Mugalu.

He requested government to support Mukajanga’s family so that they develop his burial ground into a modern tourist site.

Mr George Kyalyesubula, a hardware shop attendant in Mwera Trading Centre, said: “As we celebrate this day, we should think of recognising that action that was taken by Mukajanga because the annual Martyrs’ Day celebrations are fruits of his actions. We can talk about him as a founder of Christianity in Uganda. This day would not be there if it wasn’t for his actions,”  Mr Kyalyesubula said.

Mr Tobby Kiwanuka, another grandchild, said: “I am proud of what he did. As Baganda, when you are given a responsibility by the King, you have to obey and accomplish it. Refusing to do it would be a sign of disrespect.”

Mr Yosia Kwalo, who is also grandson of Mukajanga and a councillor for Kikandwa Parish in Kakiri Sub-county, believes it was not his grandfather’s fault.

“He appears prominent in the history of the Uganda Martyrs. We should not focus so much on what he did, but instead look at the other side of the story. He enabled Christianity to grow and besides, people are generating a lots of money from the annual celebrations.”

Mr Eliasafu Nsubuga (left), the heir and grandson to the late Mukajanga, shows the grave covered with barkcloth to a ‘‘Loyal Royal Guard’’ of Buganda Kingdom.  PHOTO / ABUBAKER LUBOWa

Kwalo adds: “We need to modernise the ancestral burial ground into tourism centre. This will help generate revenue for government and also give opportunity to people to get to know about Mukajanga. It is the responsibility of government to develop such places.”

The burial ground stands on 17 acres of land.

Ms Nakamya Agnes, 30, a resident of Buyonga Village, said: “I grew up knowing that he was the one who killed the martyrs, but I don’t have any problem with the family. They love God. They even built for us a church within our village.”

The Buyoga–Parish Church for the Catholics was built in memory of Mukajanga’s nephew Mbaaga Tuzinde, who used to work with him at the King’s palace and was among the Christians who were killed at the Catholic Shrine because of their faith.

The Minister of Tourism, Mr Tom Butime, said he had not given it a thought, but since it is part of Uganda’s history, government would discuss with the family and agree on how to develop the site.

“You are the first person to give me that thought, but we will be interested in developing it. The family can first come to the Ministry of Tourism so that we can examine the proposal and see how we can work together,”  Mr Butime said.

He said if everything goes well, the proposal of Mukajanga’s family would be considered in the 2023/2024 financial year.