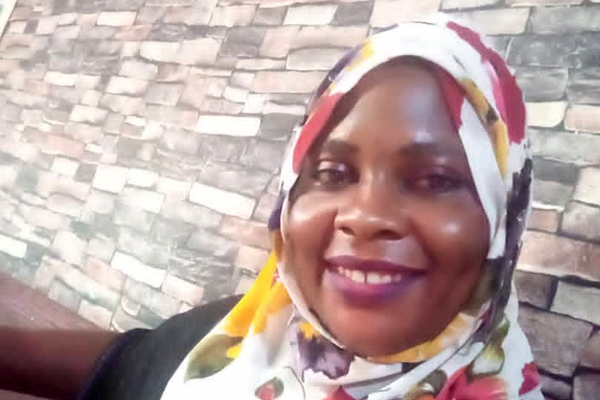 Commercial Village in Bugembe Ward in Jinja North Division was Monday night placed under lockdown following the death of Ms Prossy Nyanga, a 33-year-old weightlifter.The deceased was attached to Black Monster Gym at Kakindu Stadium in Jinja South Division.The Jinja District Police Commander, Mr David Otabong, said the deceased, who was operating a retail shop in Bugembe, was walking home on Sunday at about 4am when she was attacked by thugs and stabbed in the neck.

She was stabbed barely 200 metres from her home and was on Monday laid to rest at Bukanga Village in Luuka District.However, after the burial, a returning contingent of at least 20 weightlifters, including bouncers from several hangouts that dot the Jinja City nightlife, descended on Commercial Village and indiscriminately started beating up suspected thugs.Ms Lydia Amuge, a resident, who returned with the contingent, said one of the weightlifters kept asking his victim: “Why are you killing us, and where do you get the money you spend daily on alcohol yet you don’t work?”According to Ms Amuge, after the burial, the weightlifters started picking sticks, but she had no idea what they were for. “An hour after we arrived from the burial [at around 6:30pm], they ordered for the immediate closure of all shops, bars and businesses.”

When this reporter visited the Village at around 7pm on Monday, there was hardly anybody, except for stick-wielding police officers who had been called in to reign over the weightlifters.The officer in-charge of Bugembe Police Station, Mr Gastone Twinamasiko, said they responded to reports of a disturbance at Commercial Village and when they got there, the assailants fled. “We maintained our presence there until the place was secure,” he said. At the time of her attack, the mother-of-two was in the company of Ms Fazira Mugide, a friend who managed to flee from the surging thugs.

But it is widely being suggested that the deceased put up a spirited fight in a desperate bid to remain alive.“I heard that after she was stabbed, she slowly crept to a nearby pharmacy and asked to be treated, but was turned down due to the nature of her wound,” Ms Amuge said, which partly explains why Ms Nyanga’s body was found sprawled in front of the said pharmacy.At the deceased’s burial, Mr Waiswa Matende, the Commercial Village LC1 chairman, was physically assaulted for his alleged reluctance to oversee security in his area. A video, which is widely being circulated across social media platforms, shows Mr Matende being attacked by rowdy mourners before the Mayuge Resident District Commissioner [RDC], Mr Richard Gulume, allegedly intervened. Mr Gulume has, however, declined to comment on the saga.

Other allegations hampering Mr Matende’s leadership credentials relate to the unsolved 2020 murder of another resident in almost similar circumstances, his alleged buying of stolen exhibits and reports of standing surety for career criminals under police custody.Mr Matende has since been arrested with 20 others and is being detained at Jinja Police Station.Mr James Mubi, the Kiira Region Police Spokesperson, said Mr Matende was arrested to answer allegations of offering sanctuary to criminals, among other allegations. Mr Abdul Rashid Sengayi, a weightlifter, said the deceased represented the country and won several awards, and described her as ‘well behaved with self-discipline’.