Kabanda’s passion for educating the needy

Kabanda’s passion for educating the needy 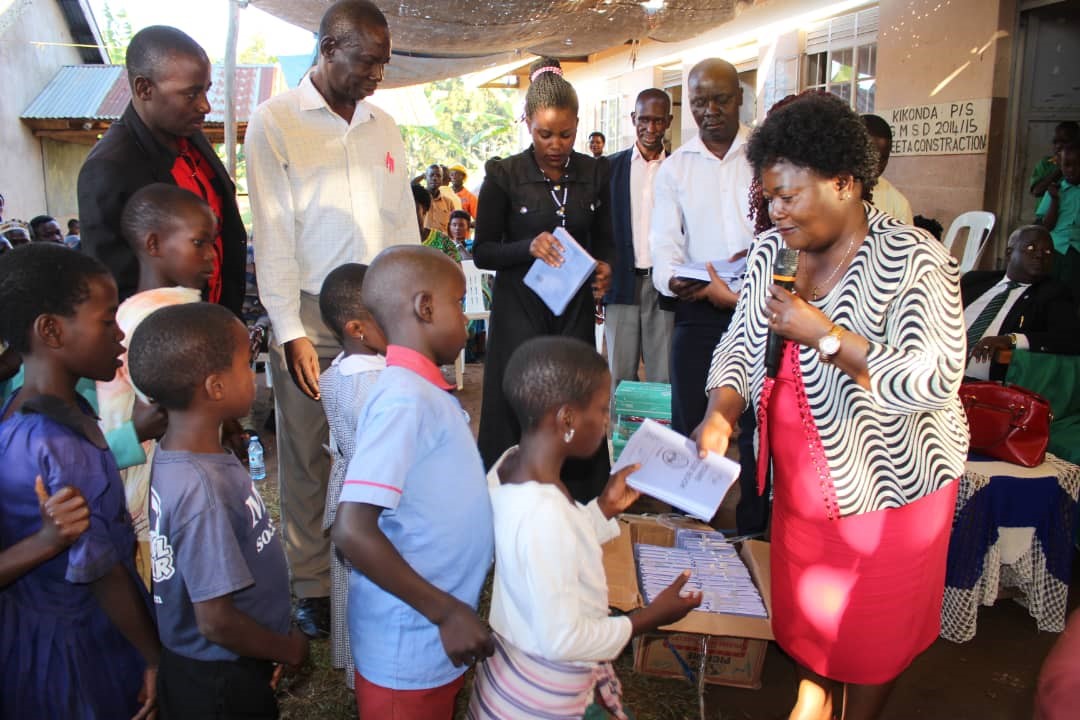 Growing up, everyone has dream to pursue. Despite the fact that some dreams change as one grows older, that was not the case for Mary Babirye Kabanda.

As a child, Mary Babirye Kabanda dreamt of pursuing a course in education at Makerere University. However, the university instead admitted her for a Bachelor’s degree in Economics.

“I did not like Economics, but I pressed on because I knew what I wanted,” says Kabanda, an educationist and proprietor of St Jude Secondary School  in Masaka.

After completing her course in Economics in 1995, Kabanda enrolled for a post graduate degree in Education at the same university the following year.

“After my post graduate degree, I joined Uganda Martyrs University, Nkozi for a Diploma in Advanced Education Management, 10 years later, I added a Bachelor of Microfinance and Community Development from the same university and a Master’s in Local Governance and Human Rights which I completed in 2016,”she recalls.

From her humble background, with some Good Samaritans paying her tuition, Kabanda says she envisioned that through education she would make a contribution to the less privileged in society.

“This is why in the all schools where I have served as head teacher and currently a director, I have endeavoured to give a chance to learners from impoverished families to acquire decent education and realise their childhood dreams,” she emphasises.

Passionate  about  the needy

Her love for needy children is evident at her home in Kyabakuza, a Masaka City suburb where children welcome her with hugs and she knows each of them by name.

Here, there are 27 needy children who are part of the  300 school dependants  Kabanda takes care of, at both St Jude SS and her newly established St Mary’s Junior School in Masaka.

She also pays tuition for 25 students at various higher institutions of learning.

Davis  Kalungi, 20, a first year student at Muni University, says in his Senior Six at St Jude SS, Masaka, he had accumulated fees arrears of Shs3.5m.

“I had given up on sitting my final exams because my parents were financially constrained, but Ms Kabanda was a godsend to my family,” Kalungi recalls.

“She invited me to her office and encouraged me saying the school was to going to write off  my debt and allow me sit my exams,” he says with a wide smile.

Kalungi’s dream was to pursue medicine at university, but he scored 16 points which could not afford him a government scholarship.

That was not the end of the road because the educationist advised him to apply for the course under the private scheme but, he did not succeed.  While he pondered his next move because the effort he put in seemed in vain, the philanthropist gave him a second chance.

“Ms Kabanda encouraged me to settle for Education. I went for a Bachelor of  Science in Education and I am grateful for her generosity. She pays for everything I need  at university,” he says.

Another beneficiary of Kabanda’s generosity is John Paul Kiberu,22, who is pursuing a Bachelor of Science in Information and Communication Technology at Uganda Martyrs University, Nkozi. Kiberu says Kabanda has been his anchor in education  from Senior Two at St Jude SS.

“My parents were only paying for holiday fees. Currently, she pays my tuition and also meets other expenses. Her efforts are paying off and we promise never to disappoint her,” he says.

For Denis Kaggwa , 25, a student at Mbale College of Health Sciences, Ms Kabanda has been very supportive to his education.

“I sat my Senior Four at Ms Kabanda’s school. Owing to my excellent performance, she offered me a bursary for my A-Level. When my results came out, I did not have money to join university which forced me to stay home for a year,” says Kaggwa.

He felt the need to beseech the Good Samaritan, Ms Kabanda for another chance at his education. Kaggwa called her and explained his predicament. He could not believe that the philanthropist was ready to sponsor him.

“She promised to pay my tuition and upkeep until I complete my education. She has been there for me and she has a golden heart,” he notes.

Kabanda believes her contribution is not in vain, because people appreciate her work.

“I have friends in Austria, and Spain under Crossing Borders, a non-profit organisation who support some of my projects,” Kabanda says.

Between 2019 and 2021, she lobbied 25 school infrastructure projects in the districts of Rakai, Masaka, Sembabule, Mityana and Kyotera.