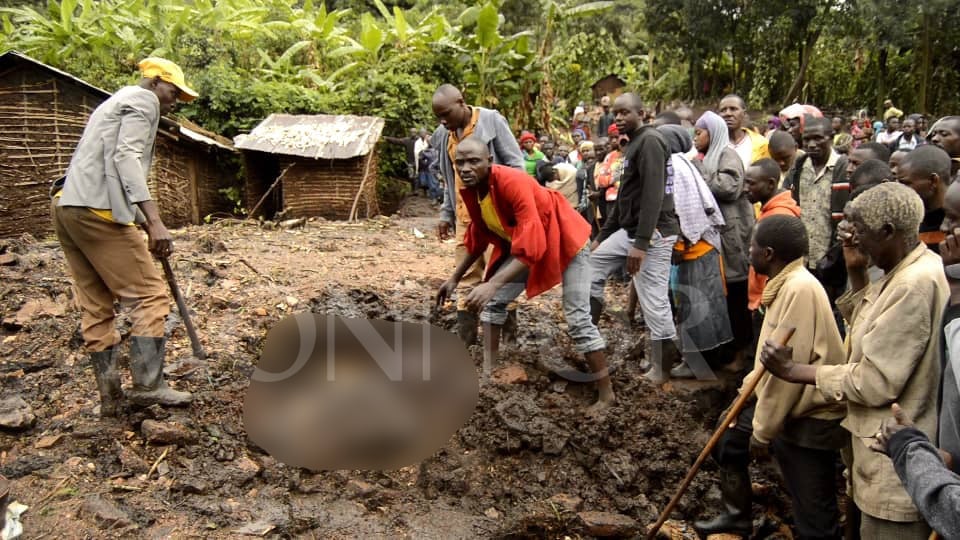 Several others are reported missing or feared dead as search and rescue operation by Uganda Red Cross officials, residents and local authorities intensifies.

Uganda Red Cross officials said the death toll had risen to 15 after five more bodies were retrieved from the debris. Six other people had so far been rescued and referred to St Paul’s Hospital Kasese Municipality.

This photo tweeted by Uganda Red Cross on September 7, 2022 shows residents carrying the body of one of the victims of Kasese mudslides following heavy downpour. PHOTO/ COURTESY

“15 dead bodies recovered from the landside affected community. Response action teams continue to offer rescue services together with the local authorities and community responders. Majority of the dead are mothers and children,” the humanitarian organization tweeted at around 10:35am Wednesday.

Mr Simon Buhaka, the local council chairperson for Kasika village, Kigoro parish in Rukooki Sub County said the bodies had been retrieved from the debris of collapsed houses following the night rain that lasted about six hours.

Buhaka said most homesteads were knocked down at 3am when their occupants were sleeping.

Four of the survivors were reportedly rescued from Kasika valley and rushed to hospital.

Mr Manasech Sekalombi, a resident of Katadoba village told this publication that his brother, one Solomon Mwanamolho, his wife and a child are among those whose bodies were retrieved from the debris.

By press time (10am), the locals were seen using rudimentary tools like hoes and spades to search and retrieve the bodies of the victims.

This comes barely a week after two people were confirmed dead following another mudslide in the neighboring Bundibugyo District last Friday.

Additionally, two local brew distillers were early this month swept away by floods in Kirembe Sub County in Kasese District.

For the last seven years, the district has been experiencing back-to-back floods during the rainy month of May, leaving scores dead, properties destroyed and thousands displaced.

Last year in May, three children in Bunyandiko Village died after mudslides buried the house in which they were staying.

Some people living in hilly areas have continued to cultivate using poor farming methods, which have made the area prone to disaster.

Most of the rivers in the district originate from Rwenzori Mountain and empty into the two drainage basins of Lake George and Edward.

The district senior planner, Mr Joseph Isingoma, warned people to be careful in the month of May, saying most rivers have started to experience an increase in water volumes.

Last August, two bodies of flood victims were retrieved from River Nyamwamba and River Dunguliha. One was of Linas Masereka, a 17-year-old Senior One student of Kilembe Secondary School. In 2020, eight people died in floods and mudslides that hit parts of Kasese District on the border with the Democratic Republic of Congo (DRC) after River Thaku burst its banks.