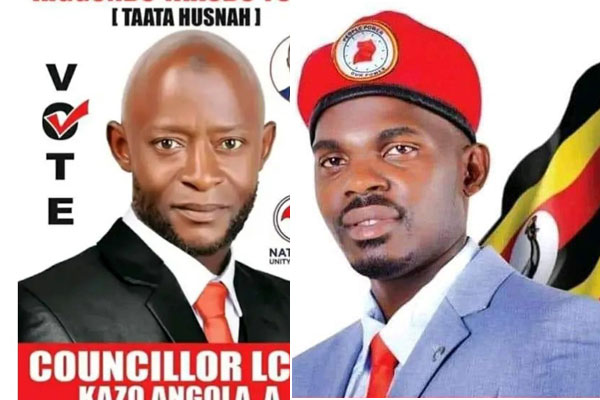 The National Unity Platform (NUP) on Saturday said two of their members had died in a road crash en route to Omoro District to join their candidate, Simon Toolit Akecha’s campaign team in the forthcoming Omoro County parliamentary by-election.

One of the party mobilisers, Denis Waiswa from Iganga District and Yakub Kiggundu, the LC III councilor for Kazo Angola A in Kawmpe Division, Kampala District, are said to have died after the car they were travelling in overturned along Pallisa -Kumi road.

The accident which left five other people, including a BBS TV journalist, Amon Kitamirike, hospitalized with serious injuries happened after one of the car tyres burst, according to the East Kyoga Regional Police spokesperson Oscar Gregory Ageca.

“The National Unity Platform has learnt with great sadness and shock, of an accident that occurred on the road towards Kumi from Iganga, involving some of our comrades. The car was traveling to Omoro to join our campaign team. We have so far learnt that two of our comrades and leaders, Waiswa Denis from Iganga and Yakub Kiggundu from Kawempe, have passed on,” reads a statement posted on the party’s social media platforms.

The wreckage of the car in which NUP members were travelling

Police mount checkpoints to screen ‘Strangers’Meanwhile, police have mounted a number of checkpoints and deployed security personnel along major roads within Omoro District to beef security ahead of the by-election.

The checkpoints are visible within Opit Town Council and along roads connecting Opit Town Council to Lalogi Town Council and Acet Town Council.The Aswa River Region Police Spokesperson David Ongom Mudong said the move is part of Police readiness to avert any possible wrong elements from entering Omoro.Mudong says they are expecting senior government officials to take part in the campaigns and as such, it’s a routine to provide security. According to him, the checkpoints will help Police to screen people especially those who are strangers and entering Omoro District at the time campaigns are ongoing and a by-election around the corner.

A checkpoint mounted along a road in Lalogi Town Council in Omoro County. PHOTO/ URN

The security beef-up comes just days after security claimed that suspicious individuals had been ferried into the district to interfere with the ongoing campaigns and by-election slated for May 26, 2022.Police on Thursday fired teargas to disperse hundreds of supporters of the National Unity Platform-NUP for allegedly holding campaign rallies past the recommended 6 pm. The scuffle which took place at about 8 pm in Acet Town Council reportedly left a toddler in a coma after reportedly inhaling tear gas.Mudong notes that reports indicate the group was violating the EC time frame of the campaign adding that when police responded to stop them, they instead decided to pelt police officers with stones prompting retaliation.

He acknowledged that a child suffocated from inhaling tear gas fired by police but was quick to note that the child was in good shape after being rushed to Lalogi Health Center IV for medical treatment.Mr Toolit said he wasn’t at the campaign venue since he had been summoned by the Electoral Commission to answer a petition against him.