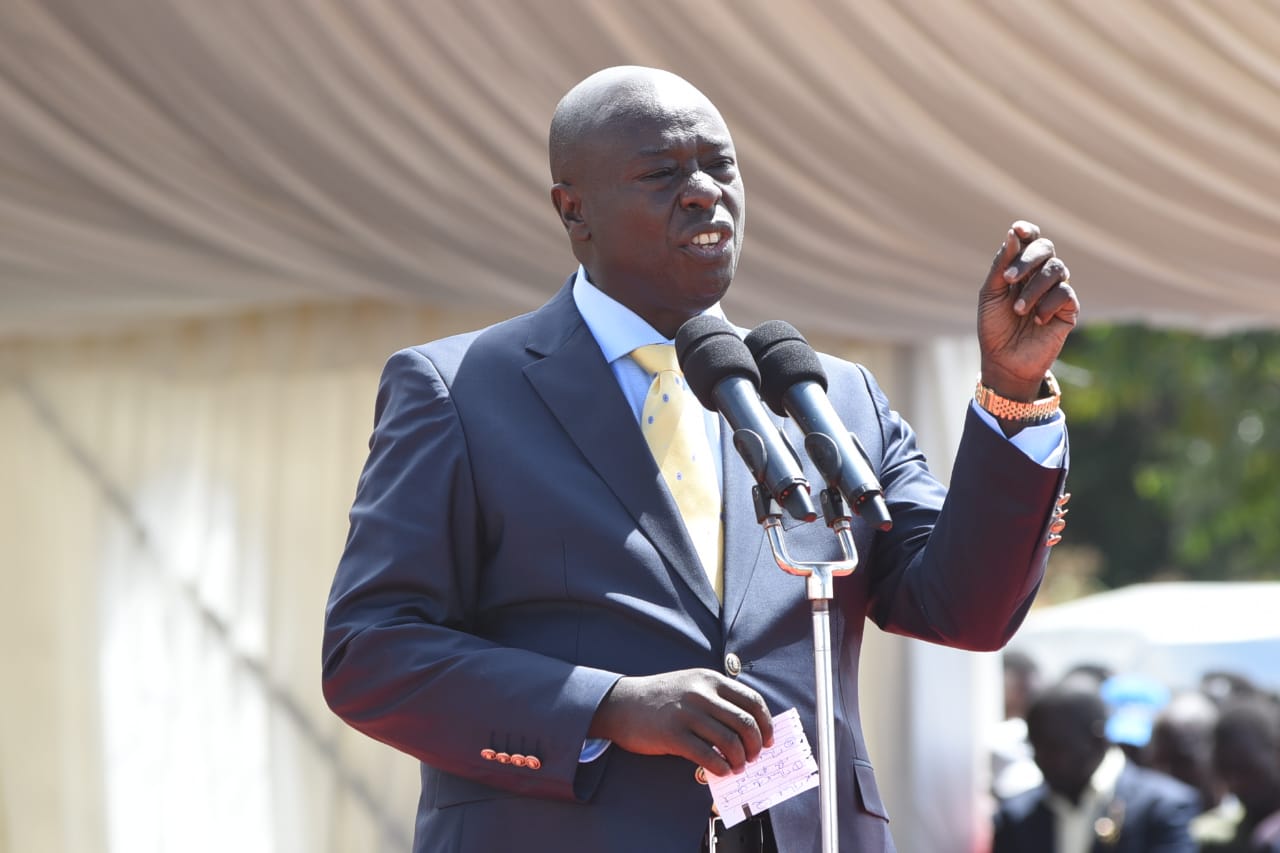 The decision was announced by Nairobi anti-corruption court magistrate Victor Wakumile after prosecutors applied to withdraw the case against Gachagua and nine other people because of a lack of evidence.

The deputy president was charged last year in the 7.3 billion shilling ($60 million) case on six counts including money laundering, fraudulent acquisition of public property, conflict of interest and conspiracy to defraud.

Wakumile rebuked the prosecution for filing cases when it did not have sufficient information to sustain charges, saying the judicial system should not be treated as a “doormat”.

He ordered that bail of 12 million shillings (about $99,000) be returned to Gachagua as well as his passport.

An investigating officer, Obadiah Kuriah, filed a court affidavit last month claiming he was coerced by the former director of criminal investigations George Kinoti to fabricate evidence in the case.

Kinoti resigned soon after Ruto’s administration took power following the August election, with both the president and his deputy accusing him of using his office to punish politicians who were critical of the former government.

However, Ruto’s defeated rival in the close-fought presidential race, Raila Odinga, lashed out Thursday at what he said was the willingness of the judiciary “to dance to the tune of the executive”.

Less than two weeks before Kenya went to the polls, a court had ordered the 57-year-old Gachagua to forfeit the equivalent of almost $1.7 million that had been frozen in the corruption probe.

At the time, the judge ruled that Gachagua had failed to explain the source of the money found in his bank account and should therefore surrender it to the state.

Gachagua had dismissed the decision, accusing the judge of “conducting a sham trial”.