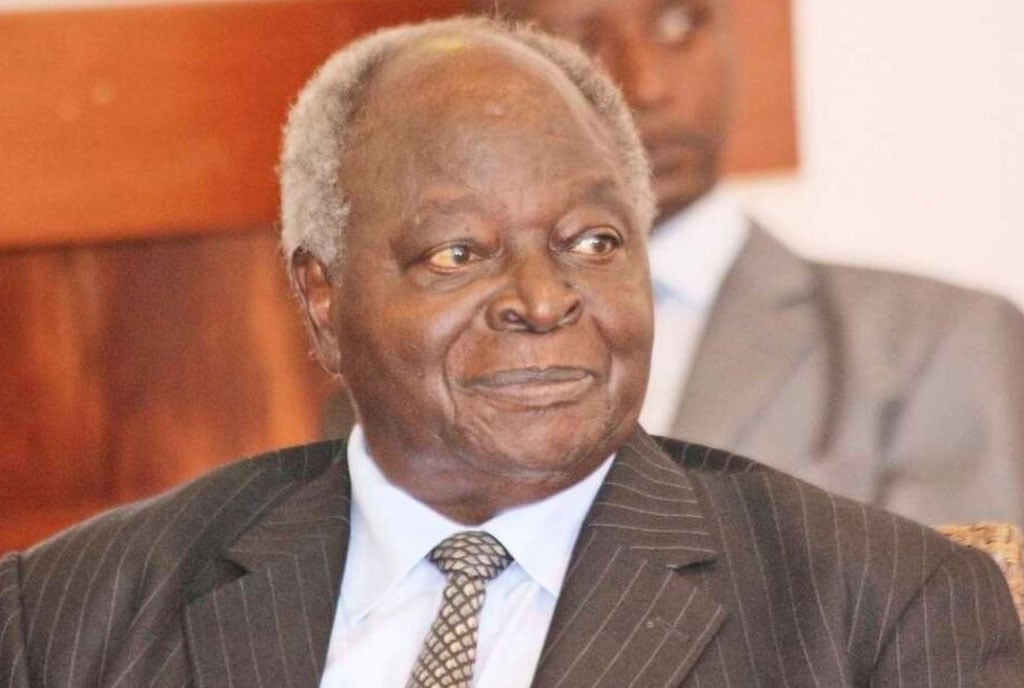 Children of former President Mwai Kibaki have opposed a DNA test proposal to find out whether they are siblings with two persons claiming in court that they were sired by him and want a share of his wealth.

Kibaki’s four children led by Judith Wanjiku have cited violation of their privacy and have urged the court to dismiss the request filed by Jacob Ocholla and a woman codenamed JNL seeking orders for sibling and paternity DNA tests.

Mr Ocholla and Ms JNL moved to court after Kibaki’s death in April 2022 claiming a stake in his wealth and wanting DNA tests to show they are children of the former head of State.

They want to be recognised as his children and beneficiaries of his multi-billion shilling estate.

Mr Ocholla and Ms JNL want the court to order a sibling or paternity DNA test. In the first prayer, they want the court to direct them together with Kibaki’s four children — Judy, James Mark Kibaki, David Kagai Kibaki and Anthony Andrew Githinji Kibaki — be subjected to a DNA test to establish whether they are children of the late President.

In the second and alternative prayer, they want the court to order the exhumation of Kibaki’s body for extraction and collection of samples to be used in a DNA paternity test.

In urging for the exhumation of Kibaki’s remains, Mr Ocholla’s lawyer Morara Omoke says that since “there are no known DNA samples of Kibaki that have been stored in a data bank or any other facility” exhumation is the only option for a paternity test.

But Judy, in a response filed in court on behalf of her three siblings, has also opposed sharing of Kibaki’s wealth with Mr Ocholla and Ms JNL.

She has disputed the parentage of Mr Ocholla and Ms JNL.

Her response comes after a court-ordered mediation between the two sides collapsed.

The mediation had been ordered by High Court judge Maureen Odero last month.

She asserts that DNA testing would violate her privacy and that of her three siblings.

She also states that an order for the exhumation of remains of the late President cannot be ‘whimsically granted’ as he was buried following a State funeral and the final laying to rest was a matter of national and international importance and publicly funded.

Further, she contends that Mr Ocholla and Ms JNL are not listed in Kibaki’s last will dated November 30, 2016, in which the late President shared his wealth among his children equally.

In a six-page will that was signed in 2016, Mr Kibaki shared his undeclared wealth equally among his four children — Judy, Jimmy, David and Anthony.

Mr Kibaki, who died on April 21 aged 90, directed that estates and the cash in banks should only be shared along his bloodline, keeping his children-in-law out of the succession matrix.

Judy adds that Kibaki never introduced the two to his family during his lifetime.

She adds that Ms JNL’s parents are known and that her mother is alive. She says allegations that Ms JNL’s mother had a relationship with Kibaki are inadmissible.

According to Ms JNL, her mother and Kibaki met while they were both students in the United Kingdom in the late 1950s.

In her court papers, she states that her mother was studying hygiene and tropical medicine while Kibaki was a student of economics and political science.

But in response, Judy denies the woman’s allegations and adds that Ms JNL’s photograph with Kibaki does not support her allegations that she was his biological daughter since he was a public figure and was often photographed with various people.

She also denies interacting with Ms JNL since 1968 as alleged.

Together with her siblings, Judy denies engaging with Ms JNL in any private or family function or any capacity.

To Mr Ocholla, Judy says a “mere facial resemblance, without more, which is denied, is insufficient to establish a familial connection between Mr Ocholla and Kibaki”.

She adds that there is no documentary evidence or third-party collaboration of Mr Ocholla’s allegations of his relationship with Kibaki.