We Want To Bring Sanity Back Into City; KCCA Kicks Off Boda Boda Census… 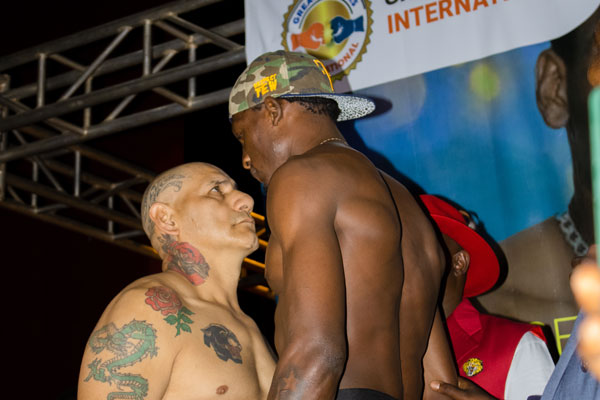 Heavyweight boxer Shafik Kiwanuka a.k.a Killing Machine will return to the ring today in his quest for a shot at the world title.Weighing in at 95kg, the 6ft 4in boxer will square up with Argentine Nestor Fabian Insaurralde in a Universal Boxing Council (UBC) Intercontinental heavyweight 10-round championship fight.

Kiwanuka’s opponent is significantly heavier having weighed at 105kg but is shorter at 6ft. The fight will be at the International University of East Africa (IUEA) auditorium.“My dream is to fight British boxer Anthony Joshua and therefore every fight is important for this dream to be realized,” said Kiwanuka at the weigh-in. In 2021, Kiwanuka fought to a draw against South Africa’s Chris Thompson in Tanzania in a non-title six-round fight. Out of the 1,300 ranked heavyweight boxers in the world, Kiwanuka stands at a noticeable 433 while his last opponent, 27-year old Thompson, is ranked 123.

Going by this, a fight against Joshua is a pipedream. Today’s opponent is known for his orthodox style and boasts 16 wins, including 15 KOs. Insaurralde has 15 losses and a singular draw.His last fight was in April, 2018 in Kinshasa against Congolese heavyweight Rocky Kaleng.Kiwanuka defeated Zimbabwe’s Thamsanqa Dube to unanimously win the World Boxing Federation (WBF) All-Africa heavyweight title last February in a 10-round duel.