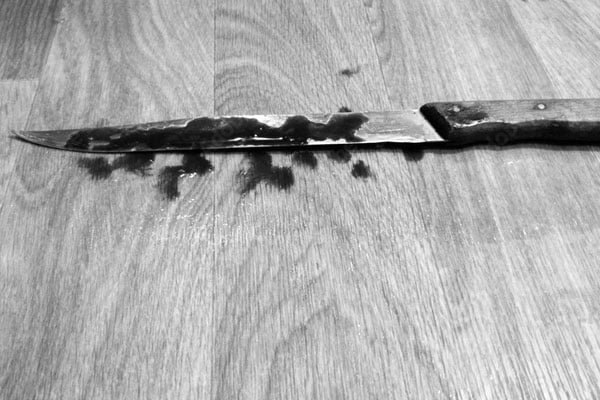 Police in Kole District are holding a 28-year-old man on murder charges after he allegedly killed his wife and cousin whom he reportedly found having sex on their marital bed.Moses Ongom, a resident of Beiko village, Opeta parish, Aboke Sub-county in Kole District is now in police custody after he allegedly stabbed his cousin Ambrose Okwir, 25, and wife Conny Adong, 23 to death on November 14, 2022.Police said the victims bled to death following several stab wounds inflicted on them by Ongom.

SP Jimmy Patrick Okema, the North Kyoga Regional police said a case of murder had been registered at Kole central police station after detectives and scene of crime officers visited Ongom’s home where they recovered some exhibits that will be used to prosecute him.“The knife used by the suspect in committing the crime was also recovered and exhibited pending submission to Government Analytical Laboratory for DNA analysis. Both bodies were conveyed to Lira Regional Referral Hospital mortuary pending post mortem while the suspect is in police custody at Kole CPS,” SP Okema said on Tuesday.

Mr Okema appealed to the married and cohabiting couples to be careful when responding to the challenges in their homes and learn to respect relationships, develop a heart of trust, and avoid extramarital affairs.