Cindy steps back into UMA office as president

Sandra Teta Leaves Weasel, Returns to Kigali With the Kids

Degree requirement for MPs is welcome

Under 30s Who Have Floored Political Bigwigs in 2022 Polls

Tears as unknown people set fire to man’s acres of coffee in Sheema, 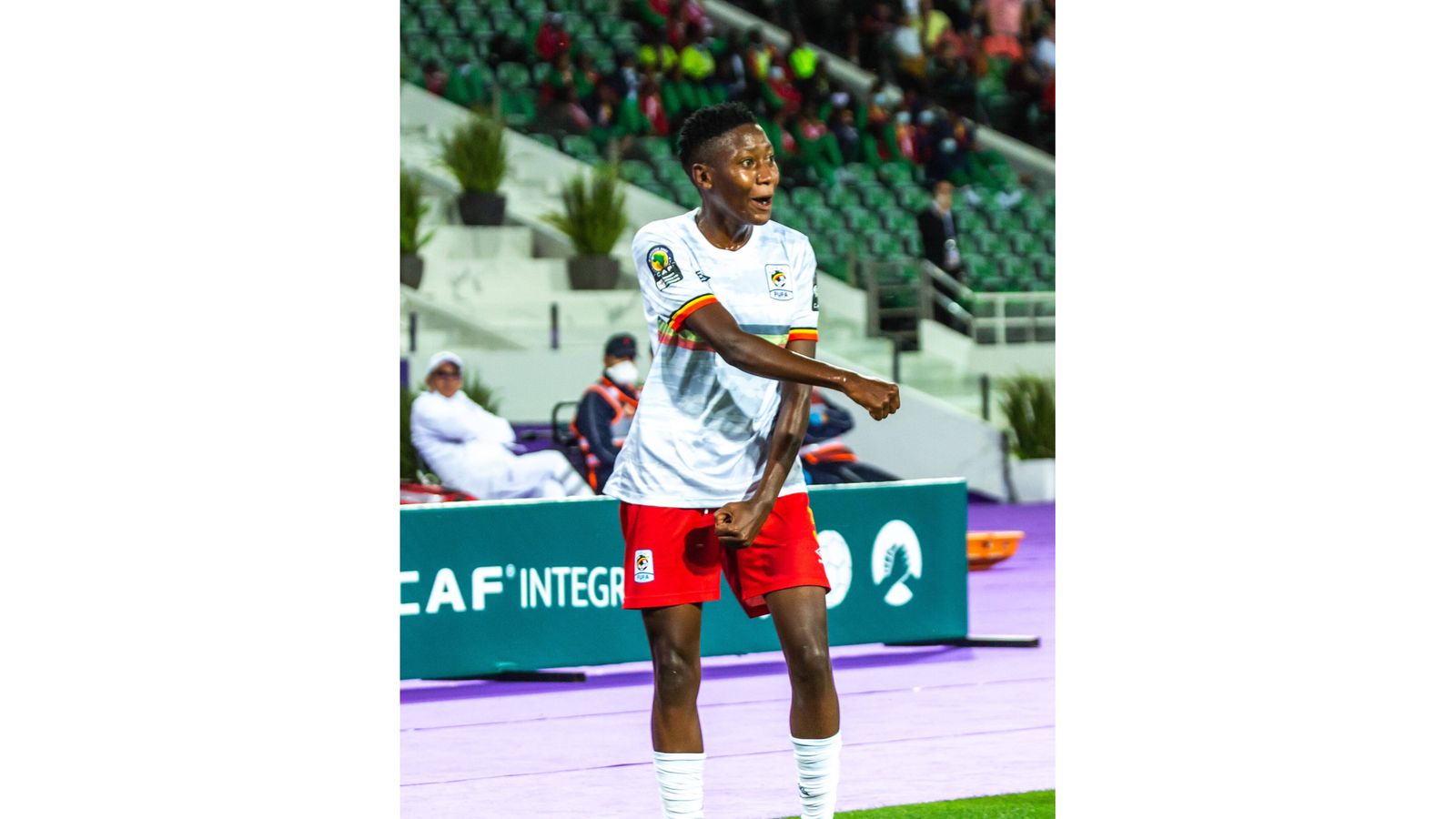 Sumaya Komuntale is the talk at home after her thrilling free-kick earned Uganda its first goal at the ongoing Women Africa Cup of Nations (Wafcon) football tournament in Morocco.

The 18-year-old left footed defender accepted the responsibility to restore parity after Uganda had gone 1-0 down to Rosella Ayane’s 14th minute penalty.

Komuntale’s 32nd minute free-kick came after midfielder Shamirah Nalugya had been fouled next to the right edge of the box.

It seemed a tight angle but Komuntale showed great skill to curl the ball past the Morocco defence and into the roof of the net just next to the near post for the equalizer.

Uganda, however, lost the match 3-1 as Komuntale was later sent off after Togolese referee Vincentia Amedome judged her to have slapped Ayane in the 84th minute.

For Komuntale, the match moved from one extreme of happy emotions after netting her first ever goal for the senior team Crested Cranes, to another of sadness real quick.

Back home and all over Africa, her free-kick is an internet sensation and was also named Caf (Africa football federation) goal of the day.

She is so much trusted by the coach, George Lutalo that he did not bother to carry a direct substitute for her.

Her development is also eye-catching because she did not start out as a left-back.

In 2019, U-17 national team coach Ayub Khalifa summoned the Kings of Kings Secondary School midfielder from Kyenjojo when Uganda was invited for the age group’s Cosafa (Confederation of Southern Africa Football Association) tournament in Mauritius.

But since he had limited left-footed players, he asked Komuntale to feature on the wings for him at the tournament that Uganda won.

A few months later and ahead of the Cecafa (Council of East and Central Africa Football Association) U-17 Women Championship that Uganda hosted and eventually also won, Khalifa decided to field Komuntale as a left-back.

She scored her first goal for her country in that tournament – in a 5-0 win against Eritrea – at Fufa Technical Centre, Njeru and continued to be part of the squad as they competed in the U-17 Women World Cup qualifiers.

Uganda eliminated Ethiopia and Tanzania and was due to play Cameroon when Covid-19 struck to put the entire world in lockdown.

When Khalifa was handed the mantle for the U-20 team, he still turned to Komuntale as one of his defenders and she was instrumental as Uganda beat Kenya 10-3 in the second round of the age group’s World Cup qualifiers.

She scored twice in the first leg which ended 7-1 in favour of Uganda in Nairobi and was part of the squad that disappointingly came second in the Cecafa U-20 tourney also held at Njeru.

Komuntale told the media then that “she felt honoured to score for my country as it is not easy to defend well and also score goals” and was also happy in her new position “as I enjoy the spaces on the flanks and taking crosses.”

Their U-20 World Cup campaign, however, went on with a win over South Africa before they were eliminated by Ghana in the penultimate qualifying round.

Komuntale had, however, already secured her reputation as the country’s best left back and was immediately summoned to the senior national team for the Wafcon qualifiers in late October 2021.

Her impact was immediate as she delivered the cross that Riticia Nabbosa turned in for the opener as Crested Cranes beat Ethiopia 2-0 at St. Mary’s Stadium, Kitende in the first leg of the first round qualifiers against Ethiopia.

Ethiopia matched the result in Addis Ababa to force a penalty shootout. Komuntale missed from the spot but Uganda still won 2-1 in the shootouts to secure a final qualification tie against Kenya.

Kenya, however, pulled out due to administration wrangles back home allowing Komuntale and co. to book a ticket to Morocco.

She has remained a core part of the squad and played every minute as the senior team also won its first ever Cecafa Championship at Njeru last month.

Komuntale’s career is not only full of success stories. She has since last year turned up for Tooro Queens, where she is still fielded as midfielder, in the Fufa Women Super League (FWSL).

“Komuntale is still a young player that is discovering her strength. We use her in midfield because she has better potential there than any of our current players but we also believe she can play anywhere,” her club coach Rogers Ayesiga, says in a chat with Daily Monitor.

But her club were unfortunately relegated at the end of the just concluded season and she will definitely attract interest from clubs within and outside the country.

“We want her to be successful so if there is any move that improves her as a player, we shall not get in between.

For now, we are celebrating her goal and happy for her as she is an ambassador for all of us in Uganda and Tooro. I called her yesterday and told her to calm down, forget the red card, enjoy her goal and better things will come,” Ayesiga adds.