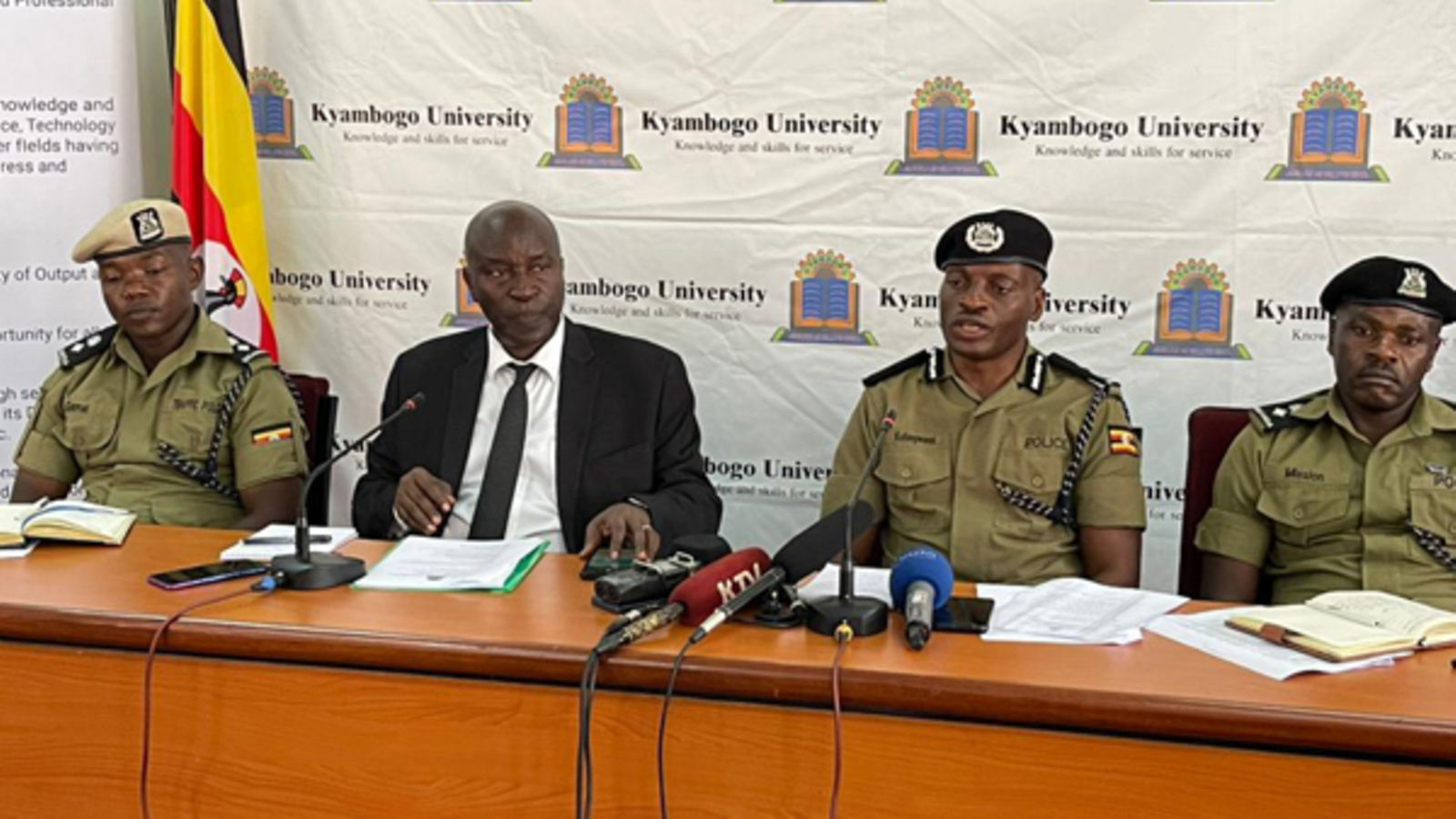 The names of eight Kyambogo University students have been deleted from the graduation list over allegedly altering marks, a few days to the graduation ceremony.

A total of 12,080 students are set to graduate at the institution’s 18th graduation ceremony which starts on Wednesday.

Addressing journalists yesterday, the vice chancellor, Prof Eli Katunguka, said the students names were deleted from the list following a tip-off from their colleagues who had passed all the exams but their names were missing on the list.

“Upon investigating, we established that these students had connived with former students and unscrupulous staff to change their marks. These have been deleted from the graduation list,” Prof Katunguka said.

He said the students were arrested and later released on bond pending investigations.

“The CID is currently conducting investigations to establish how they came to alter marks. All those who were involved in the acts will be dealt with according to the law,” Prof Katunguka said.

He added that another 30 students, who were claiming to have passed but were missing on the graduation list, had retakes. The students had filed a case in court seeking to block the graduation but it was dismissed.

Of the 12,080 set to graduate, at least 250 have first class degrees while five are PhD students.

Prof Katunguka said this is the largest number of graduates they have had since the inception of the institution.

He attributed the increment to the decentralisation of academics to faculties where all students who had retakes were able to be cleared by the deans while others were given amnesty.

Prof Katunguka said during the three days of graduation, other students on campus will stay at home to ease movement of staff and graduands.

Mr Anatoli Katungwensi, the Regional Police Commander of Kampala Metropolitan Eastern, said graduands and their parents will access the university through gates except the eastern gate which will be used for exit.

“The university has given graduands invitation cards and car stickers. They should be able to present this before they access the university,” Mr Katungwensi.

Parents and graduands are also required to wear masks throughout the graduation to curb the spread of Covid-19.