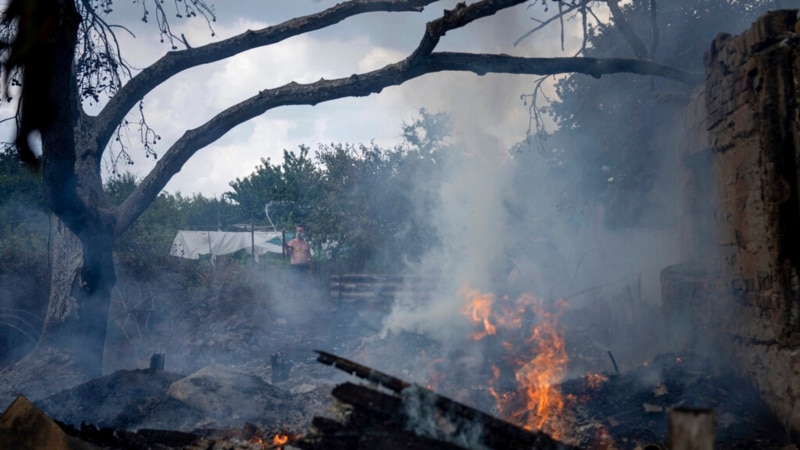 For full coverage of the crisis in Ukraine, visit Flashpoint Ukraine.
The latest developments in Russia’s war on Ukraine. All times EDT.
12:02 a.m.: Russia’s TASS news agency on Friday cited separatist forces as saying they and Russian troops had taken full control of Pisky in Donetsk region, a fortified village held by Ukrainian troops and close to Donetsk city, which is in the hands of Russian-backed separatist forces.
But Ukrainian presidential adviser Oleksiy Arestovych said: “There is very little evidence of any movement here. They (the Russians) made an attempt to advance but it was unsuccessful.”
Ukraine has turned the village into a stronghold, seeing it as a buffer against Russian-backed forces holding Donetsk city about 10 km to the southeast.
TASS also said fighting was taking place in the city of Bakhmut, north of Donetsk and Russia’s next main target.
Arestovych said Ukrainian forces had recaptured two villages near Izyum in Kharkiv region, which borders Russia, and were advancing on a third.
Reuters could not verify either side’s assertions about battlefield developments.
Some information in this report came from Reuters.