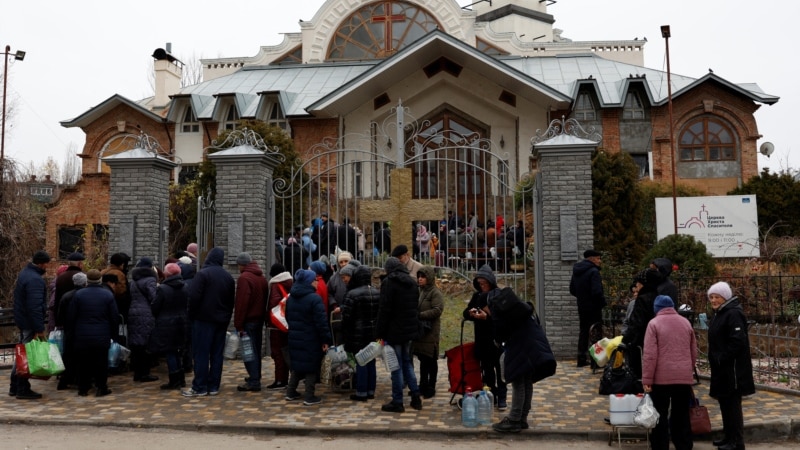 For full coverage of the crisis in Ukraine, visit Flashpoint Ukraine.
The latest developments in Russia’s war on Ukraine. All times EST.
12:30 a.m.:

12:05 a.m.: Ukraine’s government promised to create shelters to provide heat and water and encouraged citizens to conserve energy as a harsh winter loomed amid relentless Russian strikes that have left its power structure in tatters, Reuters reported.
Special “invincibility centers” will be set up around Ukraine to provide electricity, heat, water, internet, mobile phone connections and a pharmacy, free of charge and around the clock, President Volodymyr Zelenskiyy said in his nightly video address on Tuesday.
Russian attacks have knocked out power for long periods for up to 10 million consumers at a time. Ukraine’s national power grid operator said on Tuesday the damage had been colossal.
“If massive Russian strikes happen again and it’s clear power will not be restored for hours, the ‘invincibility centers’ will go into action with all key services,” Zelenskiyy said.
Ukraine’s Prime Minister Denys Shmyhal said this week that some 8,500 power generator sets are being imported to Ukraine daily.
The first snow of the winter has fallen in much of the country over the past week.
Authorities have warned of power cuts that could affect millions of people to the end of March — the latest impact from Russia’s nine-month invasion that has already killed tens of thousands, uprooted millions and pummeled the global economy.
Russia’s attacks on Ukrainian energy facilities follow a series of battlefield setbacks that have included a retreat of its forces from the southern city of Kherson to the east bank of the Dnipro River that bisects the country.
Some information in this report came from Reuters.