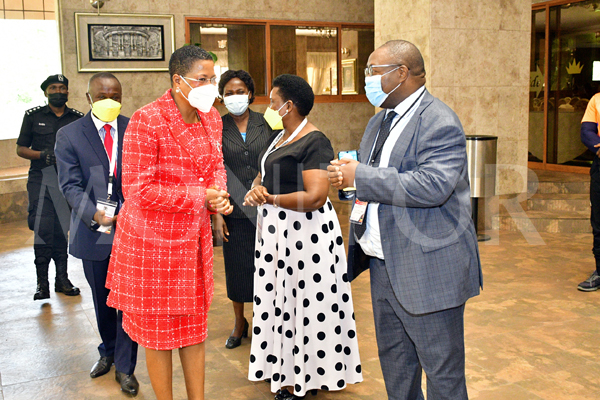 A section of lawmakers have described the Shs1m that the government intends to give each household in its latest poverty alleviation programme as pitiful.

In outlining the government’s choices about its priorities in the next Financial Year’s budget, Finance Minister Matia Kasaija made known the fact that the Parish Development Model (PDM) will be the centrepiece. The government is forecasted to splurge Shs1 trillion on the poverty alleviation programme intended to use a bottom-up approach to budgeting to improve Uganda’s monetary poverty level problems.

During a three-day training that ran its course on Friday, Mr Cyprian Chillanyang—the commissioner of Policy and Planning in the Ministry of Local Government—reiterated how PDM intends to bring the poverty level down to the third national development plan’s target of 18.5 percent and income inequality to 0.37.

Mr Chillanyang said each of Uganda’s 10,694 parishes (with a population size ranging from 450 to 30,000 people) will receive Shs100m. From this, each household is expected to get Shs1m to kick start the project that the said beneficiaries would have chosen to engage in.

Women and youth will each be entitled to 30 percent of the Shs100m at every parish level while men will settle for 20 percent, with the elderly and persons with disabilities getting 10 percent apiece.

“We are looking at handouts instead of long-term solutions. When we look at all these other programmes that have had funds minus a firm construction of agricultural basis right from the grassroots the way they have failed, they are not different from this one,” Ms Ssubi Kinyamatama (Rakai District Woman) said of the parish model. “It is so disappointing that we are making the same mistake. We are rushing to politics instead of working on ways of making this work.”

Mr Abed Bwanika (Kimaanya-Kabonera) described the seed capital of Shs1m as a drop in the ocean.

Mr Godfrey Wakooli (Butiru County) on his part urged caution, reasoning that—with poor monitoring and evaluation mechanisms in place—accountability for the funds is widely expected to leave a lot to be desired.

“It is really a nice programme, but the money being injected may just disappear since recovery systems are not clearly defined or even known by the people that are going to receive the money,” Mr Wakooli said, adding, “So unless the systems of recovery and very well planned sensitisation are done with technical and all key leaders engaged in this process, then it may just be like Youth Livelihood Programme was.”

Prime Minister Robinah Nabbanja was, however, quick to urge the lawmakers to cooperate with government officials deployed at sub-county level to ensure that the parish model becomes a resounding success.

“We have to use the media and other platforms to explain to the people the critical importance of this game-changer … let us support PDM as Members of Parliament irrespective of our political affiliations,” Ms Nabbanja pleaded, adding, “The PDM was given a lot of money and, therefore, let us make sure that we supervise and monitor to ensure that this money meets the intended purpose of improving the livelihood of our people.”