Letter to my fallen friend

Ruto’s Security Beefed Up After Being Declared President-Elect

Letter to my fallen friend 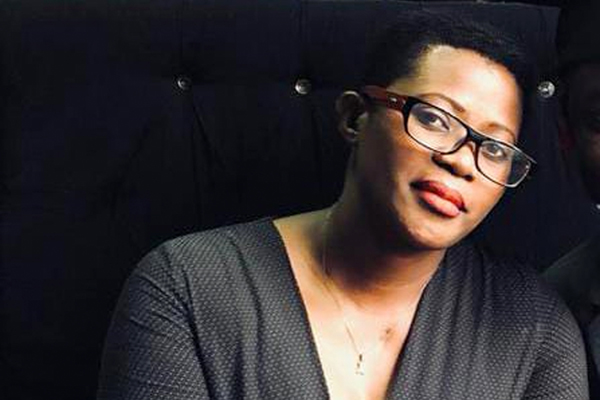 It is now two weeks since you left us.  I write this because I feel indebted. I am sorry I was too selfish or sluggish to confess how dear you were to me. I never thought what happened Saturday, June 4, would happen that soon.

When we visited you at Case Hospital, that Tuesday night May 17, two days after the fateful bodaboda accident broke your lower right leg, you were in better shape than we had feared. And we: Sam, Phionah, Jackie, Kaggwa, Allan, Promise, Shakira, Meddie, Lukman, cracked all manner of jokes, cocksure you would be back sooner.

When my wife—sister  to your  friend Nooh—sent greetings via my phone, I nearly whispered to you some good news, which you had waited for since 2020. But I thought “C’mon Nasser, a better time would come.” How come that was the last time I saw you!

When I called you that Monday morning May 30, after procrastinating for days, you sounded fine having started moving on crutches. You were heading for review, you would get better soon. How come that would be the last time we talked!

Then came that Saturday night. Back to office from duty,  I skipped Algeria beating Uganda.  But just before I caught sleep in the small room on the fourth floor,  I heard something like: “Stella, the driver has…” Premonition hit me. Has she hurt her leg again? I wondered. Has she died? Impossible!

I tried to sleep.  But when your friend Jackie called me at 1:33am I feared for the worst. I dodged the call, trying to hide from the truth. I just was not ready to have you no more. But I failed to sleep, and thought. For hours.

I returned to the second floor, reopened the computer and drafted the story I had scheduled for early morning. I slept at 3:51am. But by 5:10am, I was up, 40 minutes before the alarm went off. I finished the story, wrote another, updated five more and sent them.

I picked, shivering lightly, praying for the best. But too late. Ash couldn’t become wood again.

Munnange Stella Afudde, Jackie threw the bomb. As she narrated the scanty details, I couldn’t resist…I wept. My phone, tears and mucus dropped on the keyboard. I hung up on her. [I had last been this battered in 2011, when my friend Aaron, died in a car crash on the eve of Uganda vs Kenya].

Moments later, Bina Baby, your closest buddy, walked in, crying through her specs and white mask. She had talked to you around 9pm, she told me in a wobbly voice, but you never said the last goodbye. She couldn’t do her gospel show and ran to church—where she had last been on January 1—to pray for you.

Back home, I had sent messages to a few people. But whenever they called back, I broke down.

My wife had never seen me crying. She hugged and consoled me. But she too broke down. I abandoned my phone for seven hours.

Stella, for the eight years I have known you, I don’t remember when we became friends, but I can’t forget your value to me.

It is 2019. You are heading for the Farm Clinic upcountry but you have to drop Jojo and Mimi at Jjajja’s place. I see you buying the soft doughnuts I sold at the office. Jojo called “yaky,” Mimi called them yummy, but you always bought more for them.

You bought every snack I sold and mushrooms.

It’s early 2020. The world battling Covid-19 disruptions. You could buy foodstuff at affordable prices upcountry to help me navigate the lockdown.

It’s May 11, 2022. The world battling escalating commodity prices. You promise to repeat “our trick.” You sample me with the stuff. I like it. But four days later, you’re at Case, nursing a fractured leg. And then…you’re no more.

I see you giving me money, twice this year, from the drivers’ savings group, to which you admitted me on just the first time I asked. You cut off some for inconsistency but you retained me.

Stella, you didn’t smile often, but you joked about anything.

Whenever I called you “ggwe,” you reminded me: My name is Stella. I shrugged it off. I already miss all this.

Stella, you loved hibiscus and kombucha like you loved those knee-high floral dresses, which revealed that scar on your chest. You minded about your health.

It’s late April. In your small metallic office, you tell me how you suffer from low and high blood pressure. “You need to find some time and work out,” I told you. You said you used to, with Jojo and Mimi before they went to boarding school. “But find a way,” I insisted. I would later know the condition almost killed you when you were pregnant with Amy,  your last born.

Such is our love to live that even the terminally ill hope for the precious chance to tell how they cheated death by a whisker.

But Stella you weren’t ill. Yet you lost the fight for the most precious gift on earth—life.

In your very last round, Andrew, your sister’s husband, told us that you told him: “I’m going, but take care of my children. But let me go with this one.”

Andrew had tried to be strong as he recollected your final moments at the funeral that hot Monday afternoon in Nkokonjeru.

But that memory broke him. His voice quivered. Our hearts trembled. Our eyes gave way. Andrew saw you lifting the foot off the gas; surrendering to Heaven.

You tried to save your two-month-old embryo by avoiding treatment that could have fixed that blood clot that eventually killed both of you, Mr David Mukwaya told us, quoting the post-mortem report.

I carried your portrait as the glowing white casket descended with your remains between glowing tiled walls.

Then I saw your mother, an older copy of you, weeping, inconsolably as she struggled to leave you behind.

Some said, “Mama Stella should try to be strong.” But I told them you’re wrong. No one chooses how to grieve. She just can’t get over the triple tragedy of looking into her daughter’s grave; her three grandchildren losing a mother and a potential sibling.

Stella, I didn’t know how you chose driving. But I have just read that you studied Information Technology at Aptech, but joined driving—which defined you for the last 10 years—by accident. And, you quit by accident.

You were more than just a driver. As Sam said, you fitted everywhere, naturally. Bina Baby called you a producer, because of your input during her outside broadcasts on Dembe FM.

I remember seeing you having lunch around 6pm, after hectic days, but you never complained, Bina told me.

Fellow staff called you creative, patient, and punctual. Your immediate supervisor called you a mother, a unifier, a counsellor. You joked and meant business.

“We weren’t the best of friends but Stella always reached out to me to give a hand,” someone told me via WhatsApp.

Stella, you were a friend with virtue. And once more, I’m sorry, for saying thank you when you can’t say “you’re welcome.”