Locals advised to push for refund as army claims land

Locals advised to push for refund as army claims land 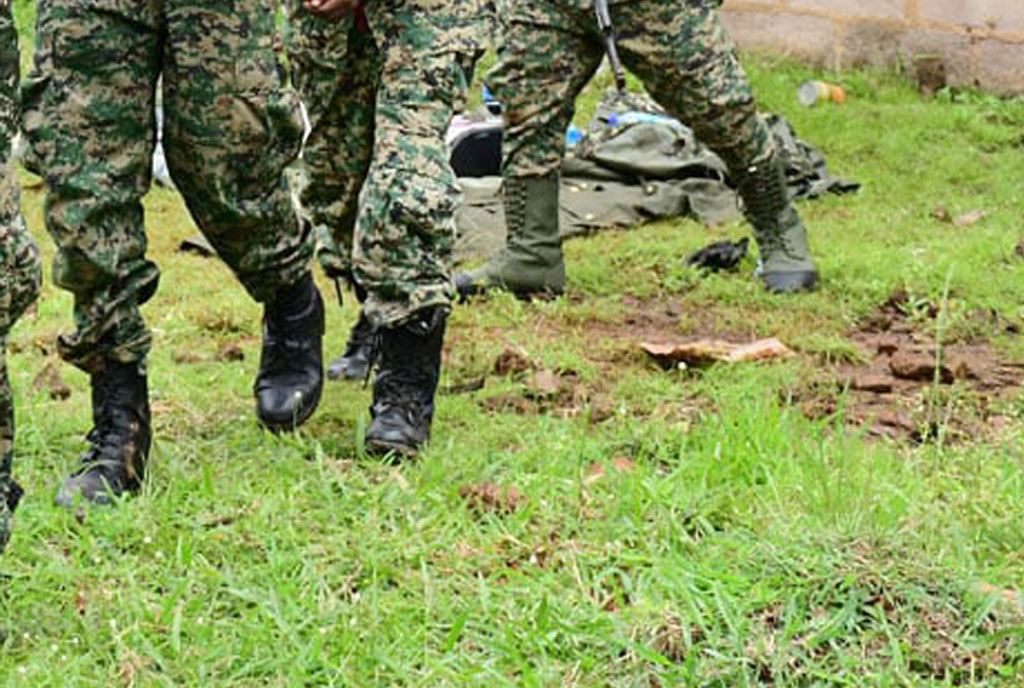 The Uganda People’s Defence Forces (UPDF) has advised residents occupying army land in Lukaya Town Council to seek refund from the town council authorities who reportedly sold to them part of the land.

“The army legally acquired that piece of land and we plan to use it  in the near future and whoever is there is an illegal tenant,” Capt Ssekitto said in an interview on Monday.

“I advise the encroachers to demand for a refund or seek legal action against town council officials to recover their money,” Capt Ssekitto said.

Some residents claim that they bought part of the army land from Lukaya Town Council authorities 30 years ago.

This publication has learnt that when the army abandoned the land in the 1970s, Lukaya Town Council authorities took over it and sold part of it.

The Bulakati Army land has for a long time been a sticky issue, attracting the attention of leaders at all levels.In 2017, the Ministry of Defence issued a notice of eviction to the tenants through district authorities, instructing all encroachers to vacate the land. However, this never happened.

The Minister for  Defence, Mr Vincent Ssempijja, who was then the Kalungu East MP, said encroachers had been cleared to utilise part of the land while the remaining part would be used to establish an industrial park.

But Capt Ssekitto said this was “a political gimmick” since there has never been such a resolution .

“If they were duped, that is a different issue. The town council is an administrative unit within government and they should find a way of resolving this matter without necessarily evicting  the people,” he said.

Mr Charles Tamale, the Lukaya Town Council chairperson, said  they had earlier reached an understanding with the old army council to allow residents to occupy part of the land .

“Unfortunately, this was not documented. Our challenge now comes with the new army council. We wrote to the Uganda Land Commission on September 2, who will then have to officially write to the army council so that they can give  us a no objection,” he said

During one of his visits to Masaka Sub-region four years ago, President Museveni said the government had a plan  to establish an industrial park at Bulakati.