Spain Under Pressure Over Migrant Deaths on Moroccan Border 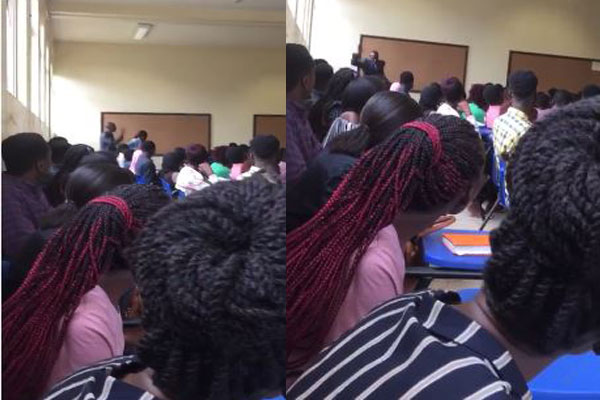 A Makerere University lecturer, who is accused of slapping a student during a lecture last week, has been arraigned before a magistrates’ court in Kampala.

Bernard Wandera, a lecturer attached to the department of Social Works and Social Administration, was yesterday charged with two accounts of assault.

The 57-year-old lecturer appeared before Buganda Road Chief Magistrate’s Court for plea and denied the charges.

Presiding Grade One Magistrate Fidelis Otwoa released him on a cash bail of Shs1.5m upon presenting four sureties, who were bonded at Shs50m each, not cash.

Prosecution led by Ms Joan Keko told court that investigations into the matter were complete.Mr Wandera has since been suspended by the Makerere University administration.

A video clip that circulated across social media platforms appears to show Mr Wandera slapping Patricia Alkoro before he ordered her out of the lecture room.

In the said video, the lecturer was heard shouting: “Get out of my class. Leave my room, don’t be stupid…leave leave. I told you this is my class.”

The Makerere University Vice Chancellor, Prof Barnabas Nawangwe, in an interdiction letter said:  “We firmly condemn the instructor’s conduct because it goes against several university policies. The conduct is unacceptable and portrays an abuse of authority entrusted to him to nurture and guide students as they pursue knowledge at our great university.”

A Saturday statement on the university’s Twitter handle reads: “The Director of Gender Mainstreaming has reached out to the affected student, shared our regret, and promised to investigate this matter with the utmost sincerity. We shall keep the university community and general public updated on further steps taken to address this incident.”

The university said Mr Wandera had been suspended to pave way for an internal investigation into the matter.The magistrate adjourned the case to December 15 for hearing of prosecution evidence.

“The reason why we are taking interest is that the matter has a criminal dimension to it and also the fact that many human rights defenders, parents, guardians, students, and concerned citizens have criticised the way several universities handle such acts of physical harassment.”

Spain Under Pressure Over Migrant Deaths on Moroccan Border