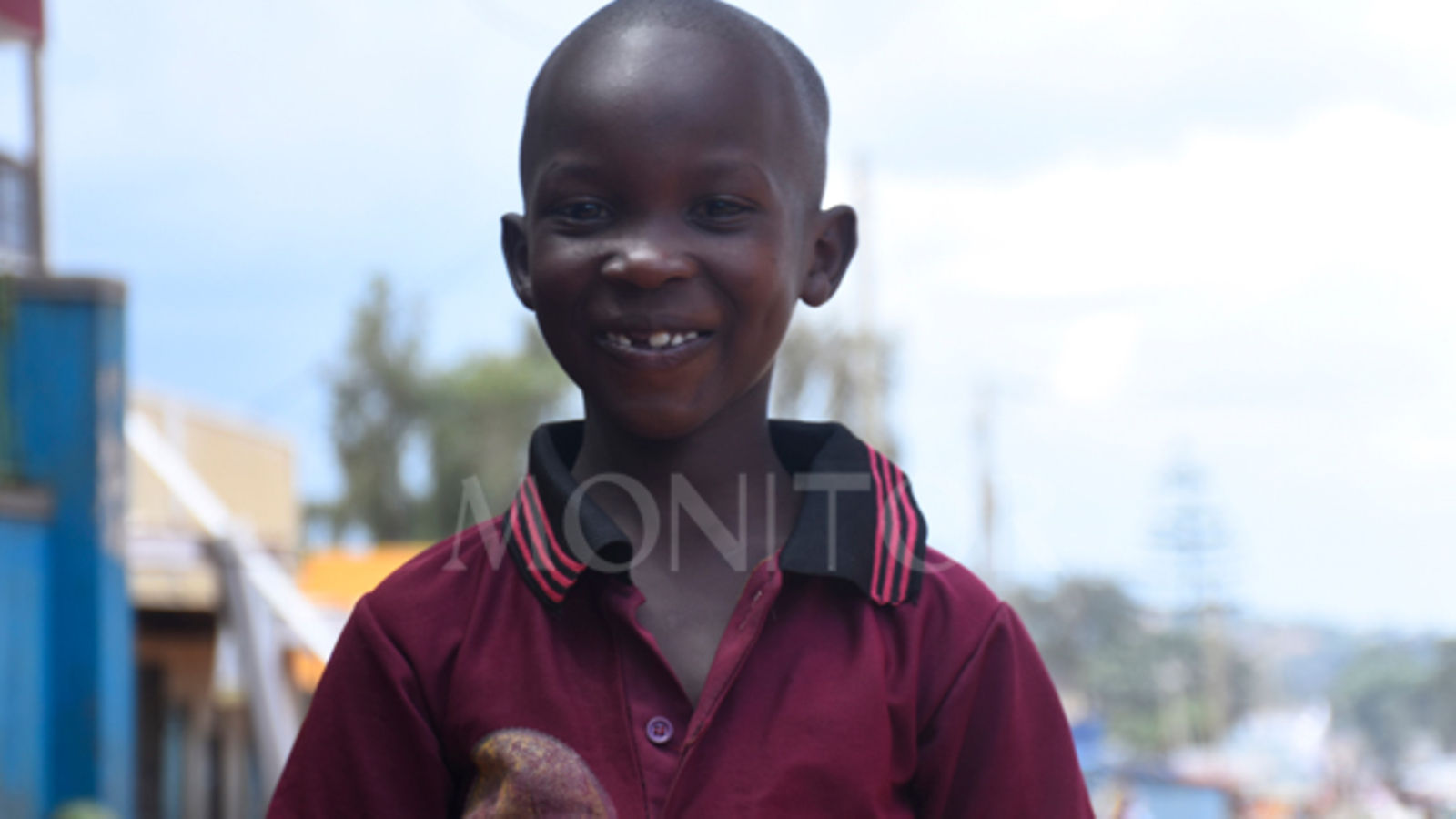 Seven-year-old Elijah Samba is one of the several pilgrims that walked over 225 kilometers from Mbale District in Eastern Uganda to Namugongo in the county’s central region- to commemorate the annual June 3 Martyrs Day.

“I am so happy to have reached here. We walked while praying and I love praying. My parents have taught me to be a prayerful person,” Samba said of his debut trek that lasted five days from May 28.

The primary two pupil at Little Stars Primary School in Mbale who walked alongside his parents noted that his “journey of faith was rather interesting.”

“The reason I have walked is because I want God to see me through my life, as I grow up, I want to be a better person, help my parents when they grow old…be able to provide for them,” he told this reporter.

Asked to comment on Samba’s religious-oriented walk, Ms Rose Nafuna described her son as an enduring young boy.
“I was a little hesitant on letting him join us in the walk to Namugongo but when he insisted, I accepted him. I wasn’t sure he would reach,” she said on June 3.

She adds that they had initially agreed to use faster and convenient transport means like taxis in case the boy failed.

That was if Samba would have walked and became too tired to continue. We are also surprised that he has been able to reach here. God is good,” Ms Nafuna said.

According to her, “Samba endured the harsh sunshine and urged faster walking so that they could reach early.”

“He was even walking faster than me but I would tell him to go slow not to get tired,” Ms Nafuna narrated.

For Samba’s father, Martin Wogidoso, his youngster is hardworking and never gives up.
“He is my 5th born of children.  We first refused him from walking to Namugongo because we know how hectic it is but the boy has proved us wrong- and that he is even stronger than me because when I was of his age, I couldn’t walk such a long journey,” Mr Wogidoso said.

When asked why their son is not in school right now, Mr Wogidoso said: “Samba missing a few days in school won’t stop him from passing because he is a brilliant boy.”

On his part, Samba has vowed to do more pilgrimages.

“I will continue doing so all my life because it is a holy journey full of prayers,” he concluded.