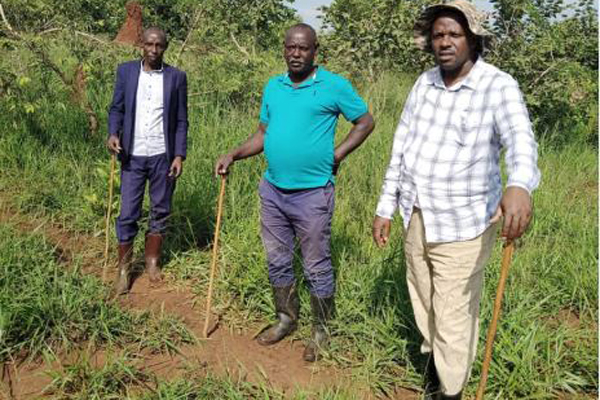 The Masindi Resident District Commissioner (RDC), Mr Emmy Ngabirano, has ordered people who are illegally carrying out activities in wetlands across the district to vacate with immediate effect or face arrest.

The ultimatum applies to both locals who have constructed homes within a 100-metre radius of the wetlands and those engaged in agricultural activities.

This comes after some hard-hearted encroachers refused to vacate the protected ecosystems as it was directed by President Yoweri Museveni in June this year.

The President noted that there is a need to protect the country’s wetlands if irrigation is to be sustainably carried out.

In Masindi, however, the political leadership has been facing challenges in the enforcement of the presidential directive.

The RDC acknowledged that some people had totally refused to remove their invasive plants, especially those within the municipality, while bricklayers were requesting some more time to burn their bricks and then vacate the wetlands.

Inadequate fuel and other resources to monitor wetland activities in the entire district have also remained stressing challenges.

Nonetheless, this Tuesday, a meeting was held at the RDC’s office to plan and strategize on the enforcement of the presidential directive on wetlands.

Mr Ngabirano said the Environmental Police Protection Unit (EPPU) in collaboration with the district security committee and the natural resources department will enforce the removal of eucalyptus and other crops from degraded wetlands and prosecute offenders.

“Local leaders from LC1 to LC5 should join the drive to evict encroachers in their respective areas,” the RDC on Friday.