Minister, custodian board up in arms over evictions

Minister, custodian board up in arms over evictions 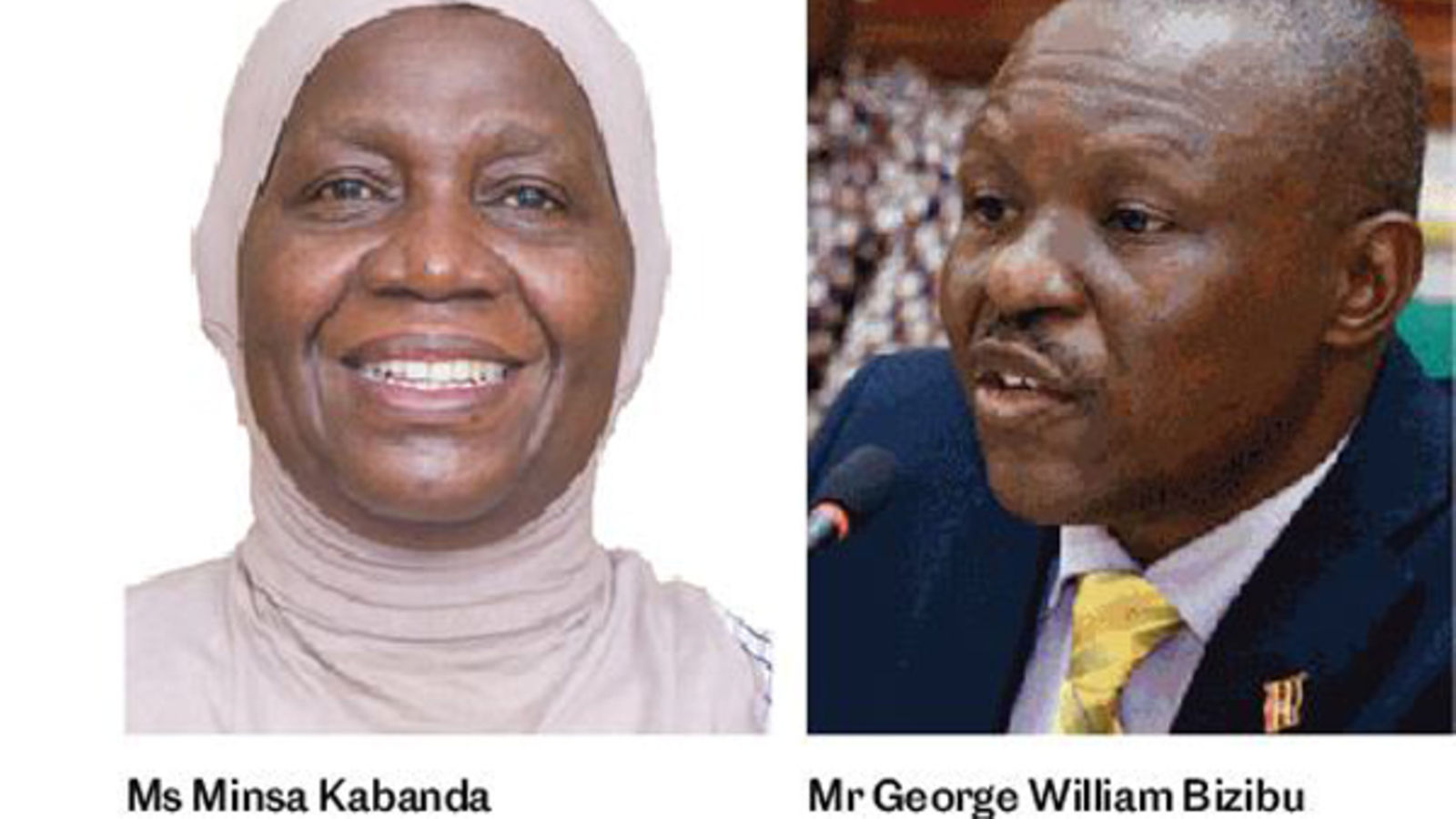 The Minister for Kampala Capital City and Metropolitan Affairs, Ms Minsa Kabanda, and the executive secretary of the Departed Asians Property Custodian Board, Mr George William Bizibu, have faced off, with the minister accused of propping the continued illegal occupation of some of the government’s properties under the management of the board.This follows the decision by the minister to overturn the May 20 eviction, by the custodian board, of people from Plot 2, Fort Road in Old Kampala.

The prime property had been advertised for sale under statutory instrument number 17, which was issued by the Finance minister on March 24, 1995.Ms Kabanda argues that the eviction fell short of the right procedure.

“I have been seeing them in that house for more than 40 years and that was why I reacted that way,” the minister told Sunday Monitor on Thursday.

Mr Bizibu, however, told Sunday Monitor that the eviction had been carried out legally. The High Court and security organs, including the police, had cleared the process, he says.“Somehow somewhere and without the knowledge of the Custodian Board, people were purporting to have bought the said property from the former owners. That matter went up to the court and the judge adjudicated it,” Mr Bizibu said.

Three-way fightAccording to court records that Sunday Monitor has seen, the legal contest for the property dates back to 2002 when a suit was filed in the civil division of the High Court.Three different sets of interested parties are laying claim to the property.

Ms Kiyingi filed a counterclaim in which the Attorney General, the Commissioner Land Registration, Habib Rheme, and the administrators of the estates of the late Rhemu and the late Jetha were respondents.

On the third front, Mr Lous Bachu, Mr Anwar Najbibu and Adam Shabdin filed a counter claim of their own in which Ms Kiyingi, Habib Rheme and the administrators of the estates of the late Rhemu and that of the late Jetha were counter defendants.

However, in a ruling delivered on September 7, 2021, Justice Jesse Rugyema Byaruhanga threw out the claims by Ms Kiyingi on grounds that she had fraudulently acquired the property.The judge also dismissed the claims of Shahbudin Habib Rheme, the administrators of the estates of the late Habib Rhemu and the late Saddrudin Jetha, Mr Lous Bachu, Mr Anwar Najbiu and Adam Shabdin saying they had no interest in the said property.

Mr Bizibu said it was on the basis of that order that the Custodian Board had evicted the occupants who Ms Kabanda reinstated, but the minister insisted that the High Court had issued a stay of execution of the Justice Byaruhanga ruling.“They were recently in court and the court directed them not to move anybody from the house,” Ms Kabanda insisted. She also accused the court bailiffs who carried out the eviction of having gone about their business in an inhumane manner.

“One of the men who was being evicted is sick. He is 80 years old. He has prostate cancer and has a catheter inside. How does such a man sleep outside? To me that was not in order. I thought that I should at least assist him,” the minister insisted, a charge which Mr Bizibu denies. Mr Bizibu insists the bailiffs had acted professionally, adding that some of the people who had been affected by the eviction had attested to their professionalism.

State house linkAs the ping pong of words raged on, some of the people affected told Sunday Monitor that State House had a hand in the attempt to have them evicted from the property.They claimed that some officials employed by State House had an interest in the property, a claim which both the Minister for Kampala Capital City and Metropolitan Affairs, Ms Minsa Kabanda, and the executive secretary of the Departed Asians Property Custodian Board, Mr George William Bizibu, denied.

“They claim that it is State House, but I investigated the matter and do not see the hand in State House here. I know the people behind it. They have been trying to call me about this, but it is wrong for them to act the way they did” Ms Kabanda said.