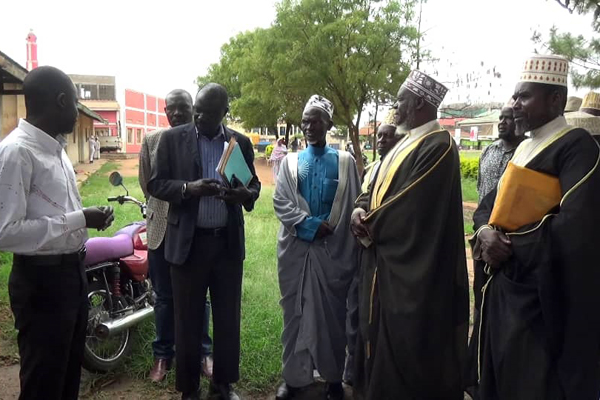 Mufti Sheikh Shaban Ramadhan Mubajje has sacked the northern regional Kadhi for failing to rise up to the expectations of the appointing authority,  among other reasons.

“He (Sheikh Abdulaziz Hussein) is relieved of his duties and I hereby appoint Sheikh Musa Khalili, who has been the Kadhi of Acholi Muslim District, to serve as the acting assistant of the Mufti in charge of northern Muslim region until another decision is taken. I appoint Sheikh Ismail Abdulaziz Muzamir Mandela as the acting Acholi District Kadhi until otherwise,” the Mufti said on Monday.

He made the changes while touring Lango Muslim region, where he inspected several Uganda Muslim Supreme Council (UMSC) properties.

Mufti Mubajje accused Sheikh Hussein of failing to organise and coordinate Muslim leaders under his jurisdiction.

“Worse still, he failed to adhere to the UMSC rules and regulations governing the management and accountability for UMSC properties,” he  added.

The development came hours after Sheikh Hussein called an impromptu press conference in Kampala on Monday and withdrew his allegiance to Mufti Mubajje, accusing his leadership of mismanaging Muslim affairs.

According to Sheikh Hussein, the Mufti and the UMSC secretary general, Mr Ramathan Mugalu, overthrew the council constitution and abused their power for selfish interests.

“The two have exhibited dishonesty, lack of confidence and trust as they have contributed to the loss of Muslim property, instead of acquiring more for the institution,” Sheikh Hussein said in a press statement.

He also accused the duo of failing to unite Muslims.

“The two are holding the offices illegally after Mr Mugalu was impeached on July 6 and Sheikh Mubajje on several occasions,” he added.