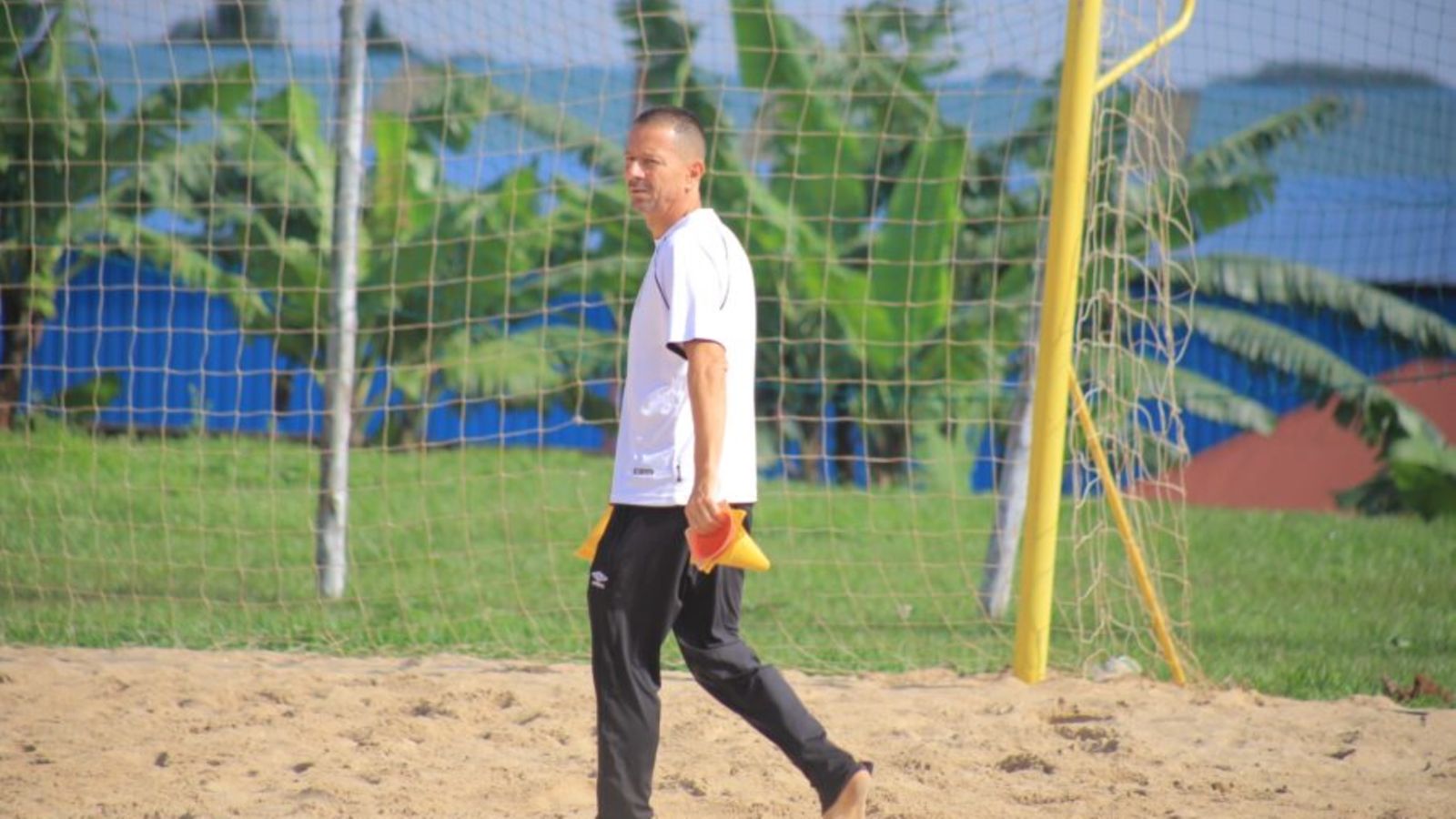 Renowned beach soccer coach Angelo Schrinizi might have been shocked to learn that the national team – Sand Cranes – qualified for the second Beach soccer tourney without a tangible playing identity.

At his unveiling last Friday at Fufa House, the experienced Swiss gaffer showed intent of unleashing that and more to the Sand Cranes in the brief spell he will be in charge.

“It was a good session with the players and everyone looked motivated. Definitely I will get time to learn more but I was impressed with their attitude and abilities on the first day,” Schrinizi revealed after he was introduced to the team at the Fufa Technical Center in Njeru on Saturday.

A former maverick player with Basel and Switzerland, the 50-year-old arrives with loads of knowledge having authored the beach soccer manual on behalf of Fifa and helped in its implementation in countries like Iran,Ivory Coast and Mauritius.

According to insiders in Njeru, he wasn’t impressed by technical ability of most of the players, demanded players take the game seriously and also cautioned on the laxity in the game management if the Sand Cranes are to better the Senegal Afcon outing last year.

Schrinizi wants the Sand Cranes to be a tactically well drilled unit and mentally psyched up by the time they leave the Cosafa invitational tournament next week in South Africa and head to the Afcon tourney in Maputo.

In Durban, the Sand Cranes have been pitted in Group B alongside Tanzania, Mauritius and Egypt while in Mozambique, the challenge will be stiffer in a ‘group of death’ that has reigning champions Senegal, former winners Madagascar and ruthless Egypt.

The globe trodden coach who tutored native Switzerland to four Fifa Beach Soccer World Cup tournaments,won the European Championship in 2005 and European Beach Soccer League title in 2012, will be tasked to polish the team’s feeble defending, breathe new life in the attacking patterns and also work on the players’ mental fortitude.

Formerly a forward at Nordstern,Reihen and Solothurn, Schrinizi, a father of four, is also charged with formulating a developmental blueprint that will be followed by the Uganda Beach soccer Association (UBSA) in running the league.

“It is now time to take another step. The new coach has vast experience having played and coached the game at the highest level. He is a Fifa Instructor and we believe we will improve our team. Schirinzi will also equip local beach soccer coaches with knowledge,”Fufa President Moses Magogo revealed.

Schrinizi, here on a short contract, believes the humongous challenge is attainable; “I have been in the game for several years and I believe Uganda is moving in the right direction.

Playing at the Beach Soccer Africa Cup of Nations for the first time reaching the semifinals means there is potential here.”