Namutumba businessman gunned down in Budaka

Namutumba businessman gunned down in Budaka 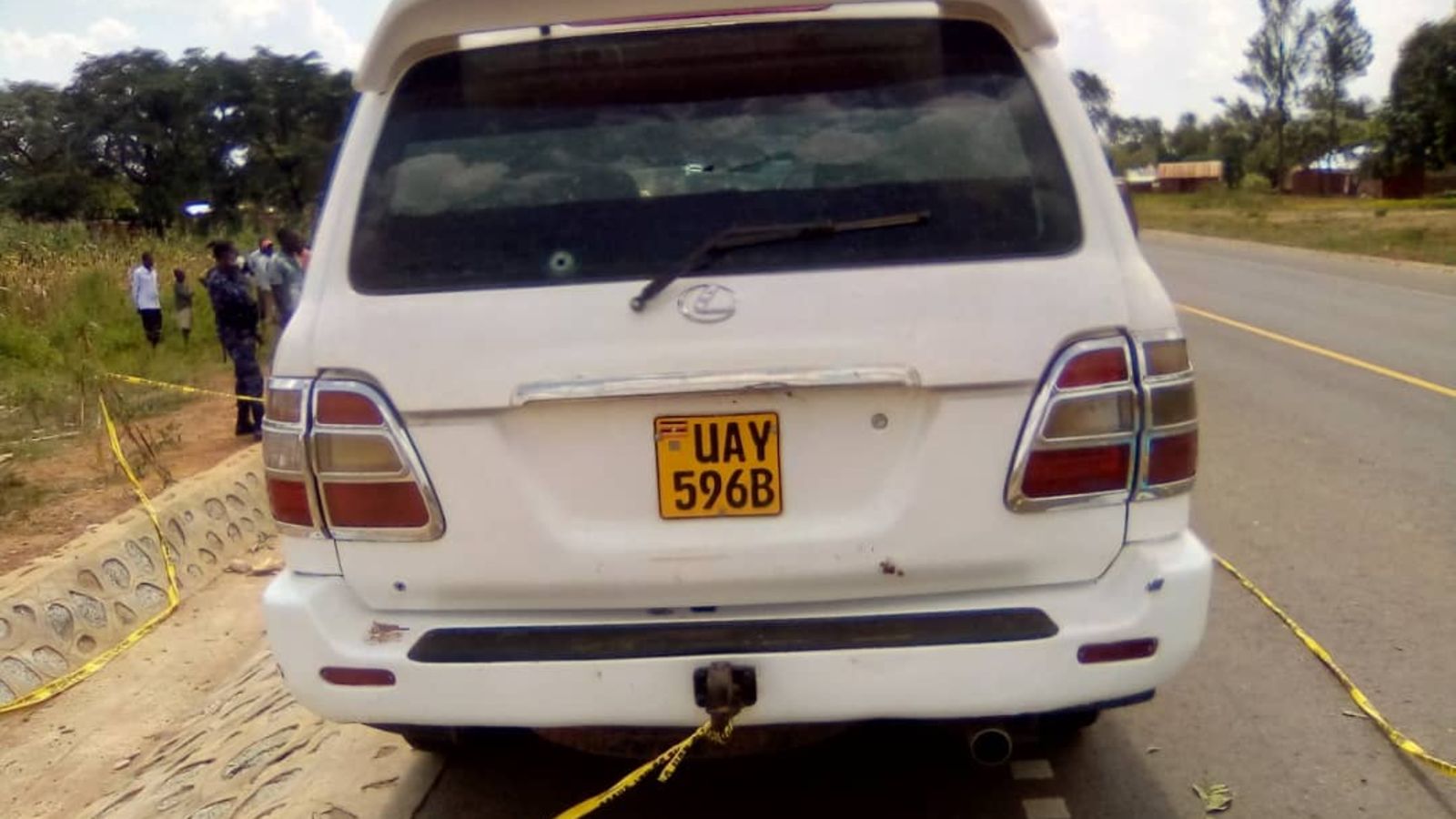 Residents of Nakibulu village, Macholi ward in Budaka Township, Budaka District were on Thursday left in shock after a livestock dealer was found dead in an abandoned car riddled with bullets along Pallisa-Tirinyi road.Police identified the deceased as Ibrahim Buyinza, 42, a resident of Namutumba District located about 115kms away from where he was killed. The Bukedi north police spokesperson, Ms Immaculate Alaso, said the vehicle, a Toyota Land Cruiser V8, which the suspects are believed to have used for their operation, was found abandoned at Butakikoko Village, Kiryolo Parish, Lwatama Sub-county in Kibuku District with Buyinza’s body in it.

“At around 3am police in Budaka responded to a distress call about armed robbers travelling in a V8 Land Cruiser who had attacked Nakibulu village. A team of officers from the Field Force Unit [FFU] responded immediately. The officers also communicated to their counterpart at the Budaka checkpoint along the Mbale-Tirinyi road about the suspects but by the time the communication went through, the suspects had gone past the checkpoint. The vehicle was later at around 7am found abandoned with the body inside,” she said.

Inside the vehicle, police said there was a lot of animal hair, ropes, gumboots, sandals, cow dung and one black back bag containing clothes.

Increasing robbery cases According to Alaso, there has been an increases in reported cases of cattle theft in the district since last year.“We want to further warn all criminal-minded people that our teams are on alert to respond to any security threats in the region,” she warned as police pursue the gunmen who are said on be on the run.

Cases of aggravated robbery are on the increase nationwide, according to the latest annual police report.A total of 1,956 cases of aggravated robbery – where lethal weapons such as firearms, knives, hammers, machetes, among others were used – were reported in 2021 compared to 1,844 cases reported in 2020, showing a 6 per cent increase. At least 254 cases involved firearms.Police also indicated in their Annual Crime report that a total of 436 cases of robbery of cash were registered in 2021 compared to 364 cases reported in 2020, marking a 19.7 per cent increase.