A day for the Luo to remember their history – Kampala Sun 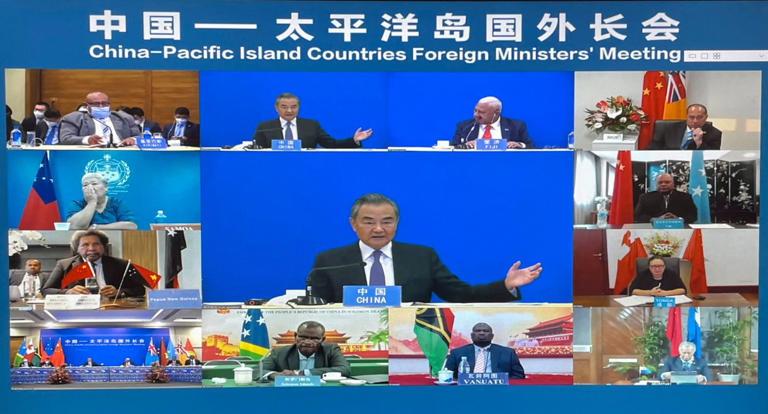 The latest initiative by the United States and its allies to counter China’s influence in the Pacific region is likely to expand to include more European partners to add to the United Kingdom’s involvement, analysts said.

Australia and New Zealand are also likely to spearhead efforts in the newly-set up Partners in the Blue Pacific (PBP) as they have long provided help to the Pacific Island nations, experts added.

Analysts also said that a multilateral effort in assisting the Pacific Islands might be seen as a better option than to have one single country, such as China, offering aid.

Do you have questions about the biggest topics and trends from around the world? Get the answers with SCMP Knowledge, our new platform of curated content with explainers, FAQs, analyses and infographics brought to you by our award-winning team.

Last Friday, Australia, New Zealand, Japan, the United Kingdom and the United States announced the establishment of the PBP, an informal mechanism aimed at supporting prosperity, resilience, and security in the Pacific.

What’s New Zealand’s plan as superpower rivalry escalates in the Pacific?A joint statement from the five nations said this will be done by “harnessing our collective strength” as long-standing development partners with the Pacific Islands, and “reflected in our combined US$2.1 billion in development help for the region”.

The grouping is aimed at delivering more effective and efficient results for the Pacific, bolstering Pacific regionalism, and expanding opportunities for cooperation between the Pacific and the world, the statement added.

“We will align our work with outcomes from the upcoming Pacific Islands Forum Leaders meeting in Suva,” it said, referring to the mid-July meeting where regional leaders are expected to discuss China’s push to strike a trade and security deal with 10 Pacific island nations holding diplomatic ties with China.

PBP membershipSince the PBP was announced, some have asked how and why these countries were selected and why the likes of France and other European Union nations were not included.

Timothy Heath, a senior security analyst from US think tank Rand Corporation, said the involvement of Japan, the UK, Australia and New Zealand is due to their historically close relations with Pacific Island nations.

“France and the EU have far weaker ties and thus less incentive to involve themselves in the initiative,” Heath said, adding that participation by European nations would almost certainly be welcomed.

US, Japan and allies form new Pacific group to blunt China’s clout”Japan, the UK and the US have pledged their support and resources to the effort. This could result in a strengthening of relationships and influence among Western countries in the Pacific Islands area,” Heath noted.

Avoid Writing Mistakes With This Desktop AppSatoru Nagao, a non-resident fellow at the Washington-based Hudson Institute think tank, said France might not have been included in the new grouping due to the “uncomfortable scandal” when the Aukus alliance was set up in September last year.

A security pact between Australia, the US and the UK, Aukus angered France because Canberra cancelled a multibillion-dollar submarine contract with a French company building diesel-powered submarines, deciding to go with nuclear-powered vessels from the US and Britain instead.

Plus, Paris only found out about the new pact a few hours before the announcement was made public.

“There is an untrustworthy mood between the US-UK-Australia and France,” Nagao said, noting that as France is a core member of the European Union, the EU would also keep its distance from the new grouping.

However, Celine Pajon from the Center for Asian Studies at the French Institute of International Relations said France has been involved in PBP discussions since the beginning, is interested, and may officially join after thorough consultations with the Pacific nations.

Other partners would join as well so the PBP “looks more like a multilateral initiative rather than a minilateral one”.

Overlapping efforts?Traditionally, Australia and New Zealand have provided aid and help to Pacific countries, given their proximity to, and long experience in, the region.

Canberra has vowed in recent weeks to increase foreign aid to the region, including East Timor, by A$525 m (US$361 million) over four years, so as to “restore Australia’s place as first partner of choice for our Pacific family”.

Heath said that Australia and New Zealand are expected to take up leadership roles in the PBP and is likely to increase coordination of the two countries’ new and existing efforts in the region.

Nagao said that current projects would probably be renamed and included under the new grouping, pointing to Japanese infrastructure projects in the South Pacific which have become part of other cooperation frameworks including the Blue Dot Network which began in late 2019.

“The Belt and Road Initiative (BRI) is the same, China renames its infrastructure projects to be a part of BRI,” said Nagao.

The Blue Dot Network, comprising the US, Australia and Japan, is aimed at mobilising capital for infrastructure development projects, with a focus on the Indo-Pacific region, while promoting financial transparency and environmental sustainability. It has since been co-opted into the Build Back Better World (B3W) plan, announced last year, an initiative to counter China’s BRI.

In recent days, some analysts have suggested that the B3W plan might be absorbed into the Partnership for Global Infrastructure and Investment announced by G7 leaders on June 26.

Lone China versus multilateral WestIn May, during Chinese foreign minister Wang Yi’s visit to the region, 10 Pacific island nations rejected Beijing’s push for a wide-ranging trade and security pact, amid concerns that this would draw the area further into China’s orbit.

This stood in stark contrast to the new PBP grouping which has been welcomed by Satyendra Prasad, Fiji’s ambassador and permanent representative to the United Nations. He said the PBP would work with the region to respond to “challenges with speed and on scale”.

Australia pushes Pacific defence school plan amid China tensionsHeath said the Pacific Island nations benefit more if there are other countries also interested in helping the region to develop, and the PBP provided other options for island nations.

“They no longer have to become beholden to one patron such as China but can instead choose the best option for their needs,” Heath added.

Nagao said unlike China, which acted alone, a multilateral arrangement is preferable as it ensures “a better power balance” for the island nations “to negotiate and maintain their identity”.

Why China should brace itself for a Pacific rebuffOn Sunday, Chinese foreign minister Wang Yi accused the PBP of promoting “empty cooperation” while “corralling allies to play a geopolitical game in the Asia-Pacific region” with the aim of containing and excluding China.

Cited by nationalistic tabloid Global Times, Wang said the absence of concrete plans to promote economic cooperation made the initiative appeared “more like lip service” and even predicted that the grouping “may become an empty shell”.

An editorial in the China Daily on Sunday said the informal grouping “represents the latest pie with anti-China filling President Joe Biden has hurriedly baked”, adding that the initiative reflects “the lord over attitude of the US and its allies, which have long regarded the region as their own fiefdom”.

On Monday, Chinese foreign ministry spokesperson Zhao Lijian said the PBP initiative should not aim to create “small circles”, nor should it target a third party or harm the interests of a third party.