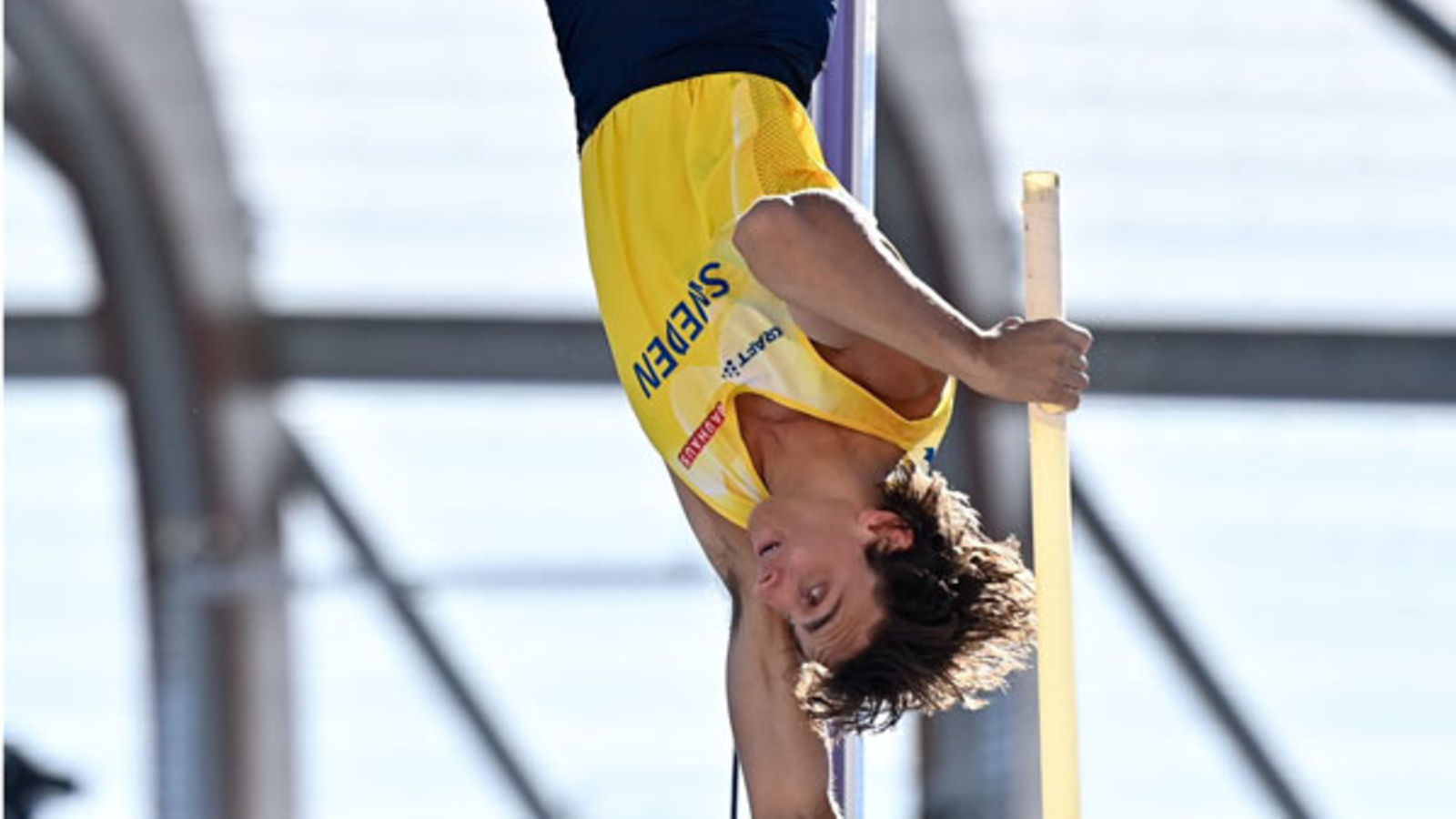 Armand Duplantis wrapped up the World Athletics Championships in Eugene in stunning fashion on Sunday, setting a new world record in the pole vault on the last of the 10-day global track and field extravaganza that also saw Nigerian Tobi Amusan shatter the 100m hurdles record.

The gripping finale could not have been any better scripted for the first world championships ever to be held on American soil – apart from the fact maybe that the US-born and raised Duplantis was wearing the yellow and blue of Sweden and not representing the Stars and Stripes.

As the hullaboo of the frenzied 4x400m relays won by the US men and women died down, all eyes turned on Duplantis. And the 22-year-old Swede did not disappoint, sailing with ease over 6.21 metres at the second time of asking.

The packed, raucous crowd at Hayward Field went wild as Duplantis sprinted to see his father and coach Greg and plant a kiss on girlfriend Desire Inglander.

“It is great, I cannot complain!” said Duplantis, whose new mark bettered by 1cm his previous best set when winning gold at the World Indoor Championships in Belgrade in March.

It was his fifth world record, and third this year.

“Actually, I did not think about the record that much today,” he said.

“Usually, it is always somewhere in the back of my mind but today, I was really focused on the win and I really wanted to win the gold so badly. It was the medal I was missing.

Before Duplantis’ heroics, unheralded Nigerian Tobi Amusan had earlier stolen the show with two electric runs on her way to gold in the 100m hurdles.

In the very first event of a loaded evening of track, people had barely had chance to sit down with their sodas and popcorn before Amusan rocketed to a new world record of 12.12 seconds in the first Heat of the semi-finals.

When she retook to the track later in the session, the Nigerian stormed to victory in 12.06sec, although a tailwind speed of 2.5 metres per second meant it wouldn’t go down in the record books.

“The goal was to come out and to win this gold. I just did it,” said Amusan, who finished ahead of Jamaica’s Britany Anderson and Olympic champion Jasmine Camacho-Quinn of Puerto Rico.

“I believe in my abilities but I was not expecting a world record at these championships.”

American Athing Mu lived up to her hype by adding the world 800m title to her Olympic crown.

Mu, still only 20 years of age, was forced to dig deep to hold off British rival Keeley Hodgkinson in a thrilling battle down the final straight before taking gold in a world-leading 1min 56.30sec.

“I’m just glad I made it to the line to finish the race, and thankfully I won gold. I just physically wasn’t where I would like to be,” Mu said.

Consolidating their place atop the medals table with a world championship record of 33 (13 gold, nine silver, 11 bronze), USA claimed emphatic victories in both 4x400m relay.

The women’s victory meant the now-retired Allyson Felix bagged a 20th world medal as she was a squad member who ran in Saturday’s heats.