No new taxes in next financial year – Kasaija

No new taxes in next financial year – Kasaija 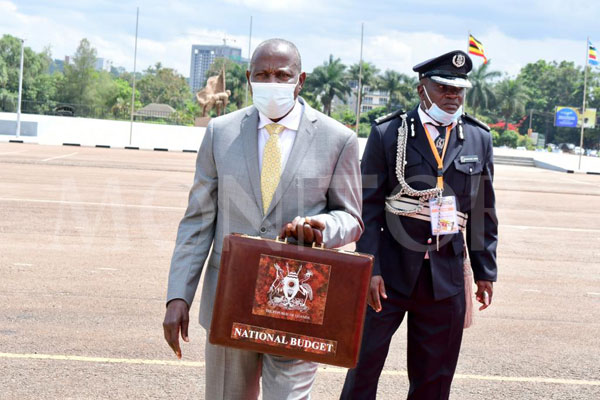 No new taxes will be introduced in Financial Year 2022/23, finance minister Matia Kasaija has reechoed, arguing that government will achieve revenue targets by improving the efficiency in tax collection and enhancing compliance to tax  laws.

According to him, the capacity of the Uganda Revenue Authority (URA) will be enhanced by recruiting and training staff, deploying appropriate equipment and ICT to enforce tax laws.

“I wish to report that Parliament has made amendments to the various tax laws intended to simplify the laws, clarify previously ambiguous provisions and close loopholes that may lead to revenue leakage. The amendments that have been made are in the Income Tax Act, Value Added Tax, the Stamp Duty Act and the Tax Procedures Act,” Mr Kasaija told MPs on Tuesday during national budget reading at Kololo ceremonial grounds in Kampala.

According to him, the corporate income tax exemption for Bujagali Hydro Power Project has been extended for one year up to June 30, 2023 in order not to increase electricity tariffs for power that the project generates.

For rental business, the minister said Income Tax Act has been amended to introduce a 30 percent  rental income tax rate on rental income with expenses capped to 50 percent for each year of income.

“”In addition, any excess expenses shall not be carried forward to a subsequent year of income,”he added.

Under the Value Added Tax Act, the following amendments have been made:-

iii)       Exempted the supply of airport user services charged by the Civil Aviation Authority to reduce the cost of transiting through Entebbe Airport;

iv)       To allow for Cash Basis Accounting for suppliers who supply goods and services to Government to facilitate them to hedge against the risk of interest and penalties arising from delayed payments by Government; and

v)        Repealed the exemption on VAT on imported services used in the provision of an exempt supply to encourage business to use local suppliers of services such as Information and Communications Technological services.

The amendments under the Tax Procedures Code Act, include the following: –

i)         Introduced penalties for failure to provide information for purposes of Automatic Exchange of Information to improve compliance; and

ii)        Introduced penalties for failure to adhere to Electronic Fiscal Receipting and Invoicing Solution and Digital Tax Stamps. This is intended to combat tax evasion, smuggling, and other vices.

104.    Under the Stamp Duty, the following amendments have been made: –

i)         Provide for NIL stamp duty on the following instruments;

a.         Agreements relating to the deposit of title deeds or personal property or goods to another as a pledge or as security for a sum of money borrowed.

b.         Agricultural Insurance Policy, to encourage the uptake of agricultural insurance services; and

ii)        Clarification of the rate of Shs15,000 applicable on the transmission of property from  the Administrator  of  an Estate to the Beneficiary.

Under the Excise Duty Act, the Government has undertaken the following amendments:

i)Clarification of definitions of various products that attract excise duty such as spirits and juices to enhance taxpayer compliance; and