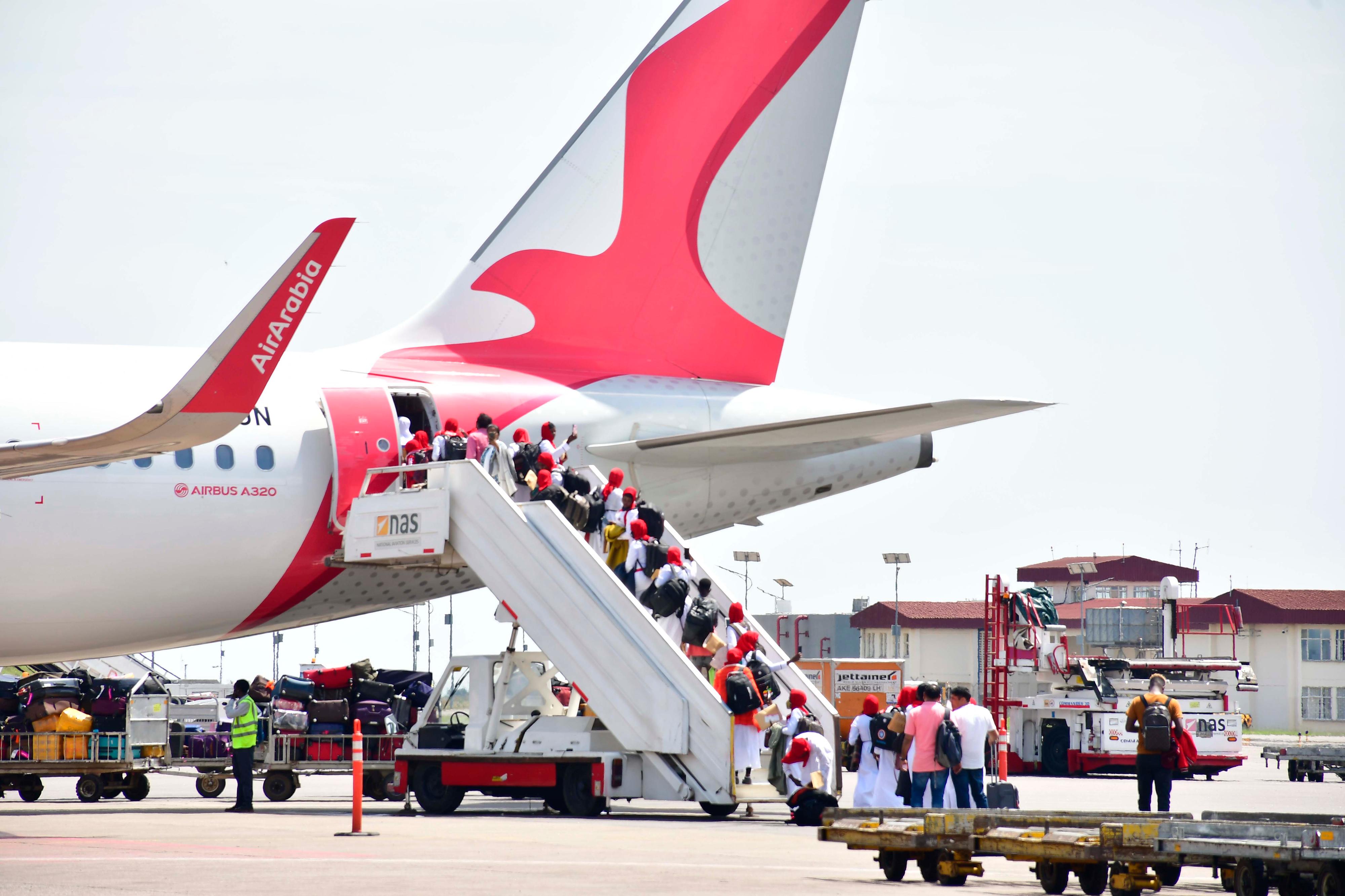 President Museveni in April described as “wrong” and “temporary” the raising migrant labour workforce largely consisting of youths who depart the country to work as domestic workers in the Gulf States of Bahrain, United Arab Emirates (UAE), Kuwait, Oman, Qatar, and Saudi Arabia.While speaking at the fifth Joan Kagezi memorial lecture in Kampala, the President said: “There are countries which externalise their children such as the Philippines. But we also have other countries like South Korea which don’t…You don’t see them all over the place; and this is the vision of the NRM.”

In several speeches previously, the President, in power for 36 years, expressed surprise in regard to how resource-rich Africa was leapfrogged by South Korea and Singapore to becoming highly developed mixed economies today while Sub-Saharan economies, including Uganda, have remained in doldrums. As the leader whose term in office has outstripped his predecessors, Uganda’s Gross domestic product (GDP) per capita remains one of the lowest in the world at $910 (Shs3.4m), slightly below the modest lower-middle income at $1,036 (Shs3.9m), while Singapore’s GDP—a pet subject of the President— stands at $61,000 (Shs228.7m).

A 2019 Uganda Bureau of Statistics (Ubos) annual labour force survey put overall unemployment rate at about 12 percent—1.4 million persons aged 14-64 years—during the Financial Year 2018/2019, of which female unemployment rate is two times that of the males.One in four Ugandans lives below the poverty line, given as living on less than around Shs4,000 per day. This number fell consistently for about two decades from around 1992 but started climbing again sometime in the last decade, when government re-prioritised resource allocation from social development programmes to infrastructure development and security.

Youth unemployment which had dropped by one percentage point to 17 percent by 2019 has since shot to 21 percent following two years of the Covid-19 pandemic which affected the business environment enormously while for the most part government has relied on job creation schemes; the list includes, the Youth Livelihood Programme and now the Parish Development Model, among others, which are yet to morph into the much-vaunted change. Thousands of disillusioned youths who are left out of the ‘economic miracle’ continue to leave for the country that spends most of its budget on a recurrent expenditure to sustain its bloated workforce and its highest paid civil servants through perks such as four-wheel brand-new vehicles.

The President’s comments came on the heels of growing concerns about the well-being of hundreds of young people trapped in labour camps and homes across the Gulf Nations. The meek voices of this modern-day slavery victims often filter through social media as horrific stories of torture, illegal detention, poor living conditions and other forms of mistreatment at the hands of their masters are shared through these platforms.Ugandan diplomats initially downplayed the crisis. One of the reasons, according to one diplomat, is the UAE’s sensitivity to criticism over claims of mistreatment of migrant workers which is well-documented. In 2018, the Emirati kicked out Uganda’s then ambassador, Ms Nimisha Madhvani after she invited a group of legislators to witness firsthand the plight of Ugandan women.

“I don’t know how it is by default that the largest political demographic of most Ugandans here are Opposition supporters,” the diplomat narrated. “Matters became worse when they (Uganda government) influenced the Emiratis to detain Bobi Wine (NUP President) under the guise of questioning him and then blocking his concert here. Then the issue of stranded Ugandans also came to the mix; it was drama.”There was a dispute between Ambassador Zaake Wanume Kibedi based in Abu Dhabi and the Consul General, Henry Mayega who oversees Dubai in regard to roles and who could spearhead talks to resolve this matter.  The Consulate in Dubai is a recent creation to particularly spur trade and consular services for Ugandans in the adjacent Emiratis.

Dreams of a better lifeDubai, whose economy is the second largest in the Gulf States, is one of the seven Emiratis/regions of UAE. As an economic powerhouse Dubai, turned into a magnet for Ugandans in 2010 after Uganda opened the embassy in Abu Dhabi, the previous year.With the city poised to host Expo 2020, initially planned from October 2020 to April 2021 but was rescheduled to October 1, 2021 to March 31, after Covid-19 struck, many Ugandans travelled to the Gulf Nation in search for jobs. But the Covid-19 pandemic upended the recruitment.“When you land on hard times in another country the first point of call is your home embassy or country,” Ambassador Kibedi said in an interview in Kampala last week on Tuesday.  “Ugandans, as is the norm for many nationals, visit on tourist visas then along the way cut corners to stay forever.”The envoy added: “Covid disrupted many such lives. People found themselves out of cash, food; people found themselves homeless. Then they started crying to people back home.”

Many African aliens including Ugandans, who were netted by Dubai authorities were placed in detention centres. In August, Ambassador Kibedi says African envoys in UAE secured amnesty for all aliens to depart the country at no cost.“The Amnesty was to run from August to October. Of the 3,000 illegals who showed up to register, 50 percent or 1,500 were Ugandans but only 280 had passports,” Ambassador Kibedi said. “We had to engage immigration in Kampala for temporary travel documents. After we did a verification to ascertain whether everyone was Ugandan the deportation started.”Of the 100,000 Ugandans estimated to be living and working in the UAE, Mr Kibedi says, five percent are there illegally even with the recent repatriations.

There is a likelihood that this crisis could spread to another Gulf Nation—Qatar – where hundreds of Ugandans recently travelled to in anticipation of jobs as the country prepares to host the World Cup, which kicks off later this month.“Many have overstayed visas or are cutting around corners but when the bonanza ends it will dawn on them that they are unwelcome,” one diplomat warned. Uganda does not have a diplomatic mission in Qatar.Flooded with millions of migrant labour, the UAE has tightened rules and requirements for nationals from a list of countries including Uganda seeking to work in the country on account of a litany of complaints filed by the labour force.Migration for a better life and opportunities is as old as history of mankind but modern voyages for employment and its linkages with development has emerged as a global issue, which largely affects least developed countries.

According to the International Labour Organisation (ILO), countries of origin for the labour greatly benefit from remittances and the skills acquired during their migration experience while the host countries want the labour because it is cheap.Yet, the migration process also poses severe challenges. Many migrant workers, especially low skilled workers, experience serious abuse and exploitation. Women, increasingly migrating on their own and now accounting for almost half of all international migrants, face specific protection problems.

Grief and sorrow engulfs familyFor scores who had gathered to receive their loved ones, there were bouts of joy when the Emirates flight EK729 touched down at Entebbe airport at 2.30pm on Friday. But for the family of Justine Kamabati, whose body was concealed in the tiny casket, they were greeted with sorrow and anguish.  She died four months ago in the Saudi Arabian southwestern provincial city of Abha. The 46-year-old left for work in Saudi Arabia in September 2021 through a locally-licensed company, Atilis Jobmart, which recruits for a Saudi based agency, Tamkeen Human Resources.

Ten months into her job, she was pronounced dead. Police in Saudi Arabia indicate that the cause of her death was suicide. But in the murky world of labour externalisation to the Middle East, which often results in egregious abuses committed by employers, it may be safe to conclude that the cause of Kamabati’s death remains unclear.Kamabati is the fifth Ugandan girl to die by suicide and other causes from Saudi Arabia this year.

Reports of Ugandans killing themselves in the Gulf States are on the rise. Photo/File

In August, a group of former migrant workers under their umbrella, Torture Survivors Movement Uganda, dropped a coffin outside the Saudi embassy in Kololo in protest of the “continued torture and killings” of Ugandan migrant workers in the Middle East.

Suicide is a serious public health problem across the globe, according to the World Health Organisation, which tends to happen impulsively in moments of crisis with a breakdown in the ability to deal with life stresses.  In the case of migrant workers, especially in the Middle East—Gulf countries—several studies have documented the punishing working conditions that workers from Sub-Saharan Africa and other developing countries in Asia face.  The situation is impaired by the kafala, or sponsorship, system that gives private citizens and companies in the Gulf States nearly total control over migrant workers’ employment.Because the kafala system falls under the jurisdiction of the interior ministries, rather than labour ministries, according to one study by the New York-based Council of Foreign Relations, workers have no protection under the host country’s labour law which leaves them vulnerable to exploitation and denies them such rights as the ability to enter a dispute process.The department of employment services in the Ministry of Gender, Labour and Social Development, which oversees labour externalisation, estimates that about 200,000 Ugandans are working in the Gulf States.

Last year alone, 87,000 Ugandans travelled to the Middle East under the government’s labour externalisation programme first mulled in 2005, after putting in place the (Migrant Workers Abroad) Regulations 2005, as a solution to the country’s worsening unemployment crisis.  Around the time, Ugandans travelled to North America and Europe but with their restrictive regimes, the Gulf States became the major destination for workers who travel through recruitment agencies while others are trafficked.

“The majority of them are domestic workers. Currently, the migrant work force has a female face because many of them leaving are women and mostly for domestic jobs,” the Commissioner for Employment Services, Lawrence Egulu said in an interview.Last year, remittances from externalisation of labour to the Middle East climbed to $1.2b (Shs4.4 trillion) up from $600m (Shs2.2 trillion) in 2019 and $309m (Shs1.1 trillion) by 2018. Non-Tax Revenues too, from fees the various fees paid by the labour exporting companies, have shot to Shs15b in the past one year.“We tend to focus so much on the negative stories which spread faster but the industry is changing lives,” Mr Egulu said.