Kagame, Tshisekedi to Meet in Angola Amid Rising Tensions 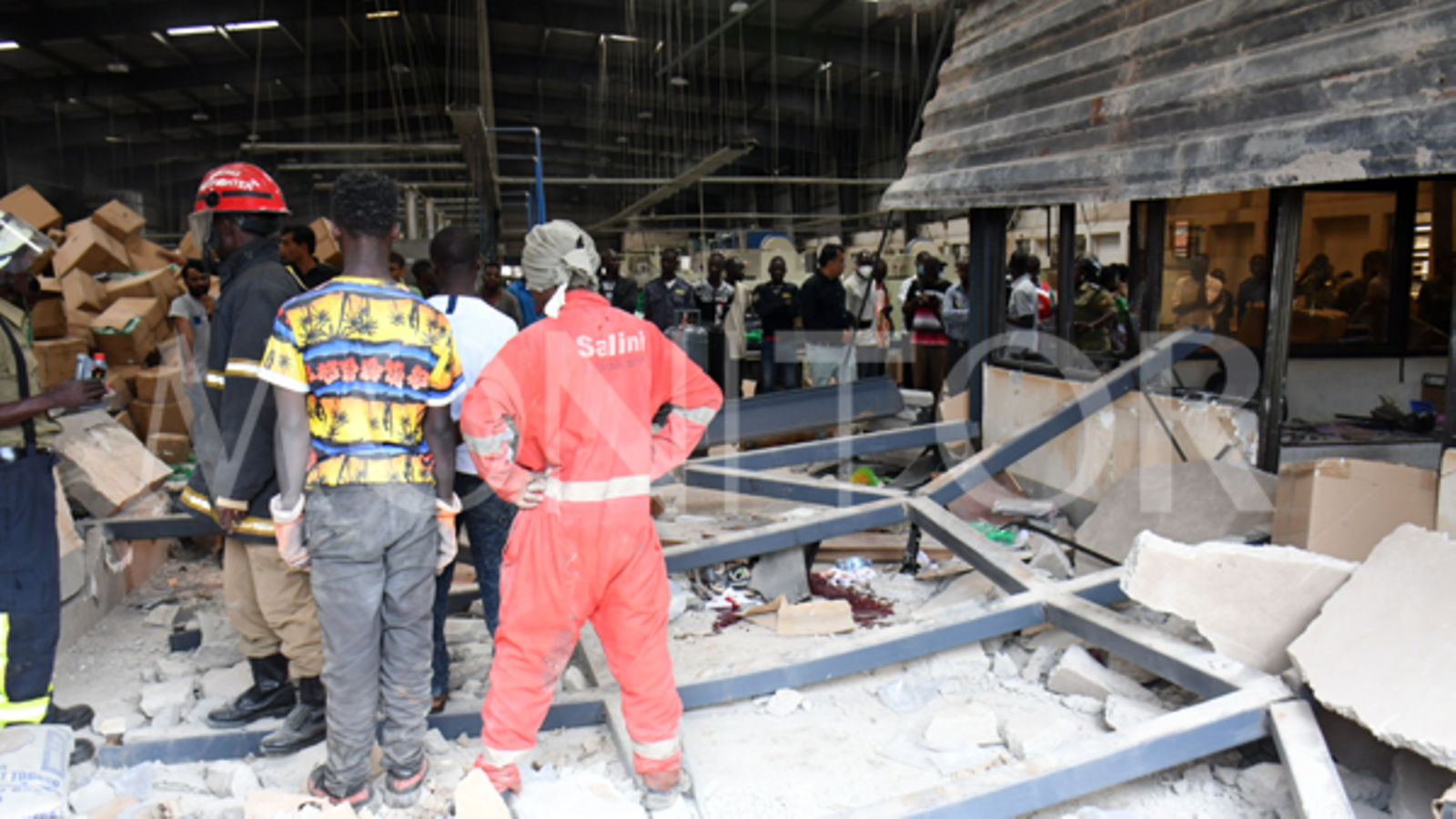 One person has been confirmed dead and four others injured at Gold Star Battery factory in Naminya Zone, Njeru municipality, Buikwe District, after a concrete ceiling board collapsed off one of the buildings on Wednesday.

The deceased has been identified as Rajeshibhai Shekhara, 36, while some of the survivors include Mr Hawali Mutumba, 19, and Ms Catherine Kisakye, both machine operators, who were rushed to Kamu-Kamu Medical Centre and Nile International Hospital in Jinja City respectively.

Mr Mutumba said he was on one of the machines when he heard a sound which he said was consistent with something falling.

But to his surprise, it was the ceiling board that buried him with the deceased who was cut in the neck and profusely bled to death.

“I don’t know what exactly happened. I was operating my machine when I heard something falling from the top of the building; shortly after, I saw Shekhara bleeding at the neck while my leg was seriously injured,” Mr Mutumba said as he recounted the ordeal.

Ms Kisakye said she was retrieved from a heap of boxes containing batteries during frantic search efforts for missing persons.

The Njeru Municipality Member of Parliament, Mr Jimmy Lwanga, who visited the scene, said the incident was unfortunate and urged the company to acquire more land for expansion, adding that what happened was as result of working in a congested area.

“Management needs to acquire more land for expansion to ensure that they have a spacious storage facility for their finished products,” he said.

“Police is on the ground to investigate the matter,” she said in a brief statement, adding that they are, however, going to probe whether the factory has safety measures including provision of safety gear to their workers.